Paging Alex Trebek: How Fox News could have handled its debate dilemma 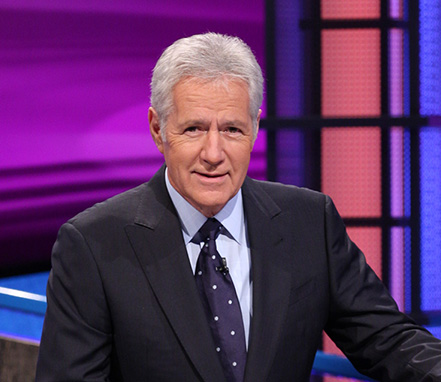 What do you do when you’re producing a televised debate and you’ve got 17 candidates? Instead of relying on the polls to sort things out, which was a terrible idea, maybe Fox News should have called in some experts who’d know how to pull it off, such as Alex Trebek, Pat Sajak or Tim Gunn.

Suppose, for example, that you had one of these contest experts moderating a debate with the entire Republican field on stage. Perhaps they could be arranged in rows on-screen, like they used to be on “Hollywood Squares.”

They’d all be equipped with one of those buzzers the quiz shows use. The first round would consist of purely factual, non-controversial questions, such as “How many courts of appeal are there in the federal judiciary?” or “Who is the current secretary of the interior?”

The candidates who hit their buzzers fastest and answered the questions correctly would then move on to a second level of the debate, in which they would be asked policy questions like those you usually hear in presidential debates.

Some might say that asking questions which test whether the candidates really know what they’re talking about would give the elected candidates an edge, or wouldn’t address what we really need in a leader. But it would be a lot more fun, and we might be surprised at what it revealed.

Suppose that despite his senior moment in a debate four years ago, former Gov. Rick Perry turned out to know some stuff? That would give his campaign a much bigger bounce than the pull-up contest with Donald Trump which Perry suggested last week.

As it is, Perry and Ohio Gov. John Kasich are jockeying for the 10th and last spot in Fox New’s prime time, or A debate, airing Thursday at 9 p.m. The loser gets a spot in the B debate, which will be aired earlier at 5 p.m.

All the candidates want to be in the A pack, but everything about this arrangement screams unintended consequences. The debate is being cosponsored by Facebook, which is only one hint that being in prime time may not matter so much in this case.

There will only be seven candidates in the B debate (maybe less, if some decide not to participate), and none of them will be Donald Trump. That could give one of the B debate candidates a better chance to uncork the zinger that will be all over social media next week.

Fox News got backed in to scheduling the B debate after it arbitrarily limited the prime time debate to the top 10 candidates “in an average of the five most recent polls,” and the field continued to swell with elected and previously elected Republicans.

But “Project Runway” starts every season with 16 designers, and winnows them down in much more imaginative fashion. Granted, Fox News can’t eliminate a Republican a week. But it might want to look at how the fashion competition constantly repackages, giving the losers the chance to compete in an internet side show to get back in the running. It might be a little over the top to have the candidates interact with a Tim Gunn-style “coach,” but again, it would be a lot more fun.

Fox News added the B debate in the face of protests over the 10-candidate limit, at first saying it would be limited to those who polled at 1 percent or higher in the five most recent polls. But last week it was forced to backtrack again, announcing the B debate will be open to “all declared candidates whose names are consistently being offered to respondents in major national polls, as recognized by Fox News.” In other words, the standard now is whether you’re in a poll, not where you rank in a poll.

That makes Everson the winner so far in the debate competition. Whether he gets in the debate or not, he’s dramatically multiplied the number of people, including me, who know he’s in the race.

Previous Article
Airport concessions contracts languish at Atlanta City Hall as travelers queue for food, drink
Next Article
‘The Weeping Time’: The story of the largest slave auction and a descendant’s homecoming journey