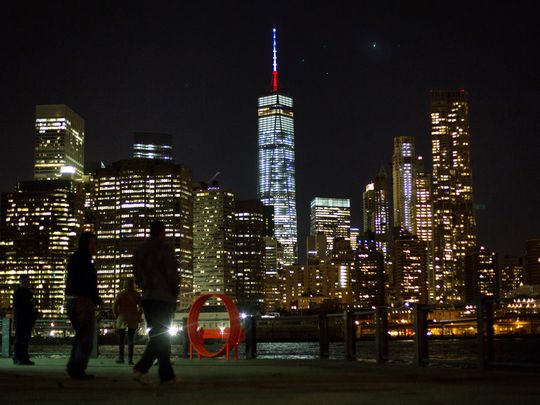 Sometimes events can bring what seemed unfathomable in politics into a creepy focus.

Despite a fortune still unspent and poll numbers which remain the strongest over all in the race for the Republican presidential nomination, Donald Trump sounded like a fighter on the ropes when he spoke at a rally in Fort Dodge, Iowa, last Thursday night.

Trump showed up 40 minutes late and proceeded into a 95-minute ramble in which he ridiculed, among many things, the intelligence of Iowans and Dr. Ben Carson’s religious convictions.

The period for questions after the speech was cancelled. An Iowa crowd which had come out to catch the winner’s aura that Trump exudes left stunned by the spectacle of a disheveled Trump who seemed on the verge of throwing in the towel.

In the many twists of this presidential race so far, you’ll find no sharper contrast than the Trump who left the stage in Fort Dodge Thursday night and the one who bounded onto a stage in Beaumont, Texas Saturday afternoon, as the nation reacted to Friday night’s terrorist attacks in Paris.

His ridicule now was sharp and directed, aimed at anyone who doubted his foreign policy prowess or challenged his views on immigration, or questioned the wisdom of destroying the oil-field infrastructure of Syria and Iraq to keep it out of the hands of ISIS.

“We’re in Texas,” Trump said. Texas oil companies will “build that infrastructure so fast — with you building it… Just bomb the hell out of it.”

The crowd loved it. A New York Times analysis of the impact of the Paris attacks on the presidential race leans heavily toward the opinion of Republican mainstreamers who think voters will now sober up and move away from candidates like Trump and Dr. Ben Carson, with no foreign policy experience.

It’s not immediately obvious why that should be the case, especially within this Republican primary electorate. American voters “have a very low tolerance for being frightened,” Newt Gingrich observes in the Times piece. That’s a truth as useful to the demagogue as the old hand.

Within the past two weeks there has been the publication of Jon Meachum’s book, “Destiny and Power: The American Odyssey of George Herbert Walker Bush,” in which the former president significantly reduces the chances former Vice President Dick Cheney or former Defense Secretary Donald Rumsfeld will show up at his funeral, and makes clear his differences with the way his son’s administration handled the wars in Afghanistan and Iraq.

This was followed by an interview, filmed for a Showtime special but appearing first in Politico, in which former CIA director George Tenet makes the explosive charge that Secretary of State Condoleezza Rice and other Bush administration officials ignored warnings of an impending attack in the months before 9/11 because they did not “want the clock to start ticking” that would show they knew about the attacks ahead of time.

The doubts these stories raise play directly to Trump’s claim to be so brash and unpolished that he alone can be trusted. And they bring to center stage in the race a core issue facing the GOP: How much to distance itself, if at all, from the shortcomings of the last Republican administration.

The attacks produced the expectable amount of bellicose response from candidates in both parties, and the Republicans fell all over themselves to oppose taking in Syrian refugees, a la Gingrich’s observation. But in a field in which there is not much experience, Trump’s opponents are going to have a hard time out-shouting him.

The attacks in Paris and Beirut, and the downing of the Soviet airliner, haven’t taken place in a vacuum. ISIS has been losing ground in its home territory, and the wave of retribution it will see in the wake of last week should only increase the level of desperation with which it lashes back. Declaring war at this late stage seems like only a sign of inattention.