For 25 years, Park Pride has been providing a voice for the voiceless – the parks in Atlanta and DeKalb County.

Parks and green space – although they are often underappreciated – contribute to a community’s quality of life, providing a respite for people to go experience a patch of nature in the city.

Park Pride is celebrating its 25-year anniversary with a series of events that has included Pops in Parks and a fund-raising event on Sept. 18 called: “Picnic for Parks.” The event, which helped raise $100,000 for the nonprofit, was an opportunity to remind Atlantans of the role Park Pride has played over the last 25 years.

According to executive director Michael Halicki, Park Pride has amassed quite a track record:

–      It has provided support to more 250 parks (there are about 300 parks in Atlanta alone and hundreds more in DeKalb);

–      It has helped facilitate the organization of more than 100 Friends of Parks groups (of which 87 are active);

–      It has coordinated 500,000 volunteer service hours in parks through its volunteer program;

–      It has awarded $2.8 million for park improvements to community groups through its Matching Grant Program;

–      It has spurred the investment of $12 million in parks as a result of its Park Visions program; and

–      It has helped communities raise $3.9 million through the Fiscal Partners Program.

Perhaps most importantly, Park Pride has served as a region-wide advocate for parks – urging governments to invest in their green space –through acquisitions operations and maintenance. 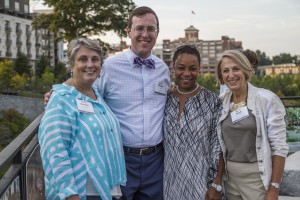 “I think there’s a growing awareness and a growing maturity in the conversation about parks that is occurring,” Halicki said. “During the past two mayoral administrations, Park Pride has tried to engage the city government to develop a vision for parks rather that be an organization that is just a Friends of the Parks Department.”

Of course, sometimes the city’s Department Parks and Recreation does need its friends – especially during tight budget years when many budget items must be cut.

“I am truly grateful to Park Pride for the phenomenal work that they have done throughout the City of Atlanta to spur enhanced community involvement on issues of expanding parks and green space,” said Amy Phuong, interim commissioner of the Department of Parks and Recreation. ” For the past 25 years, Park Pride has worked to help build stronger communities and enhance our capacity to impact quality of life through creating and maintaining exceptional green spaces in Atlanta.” 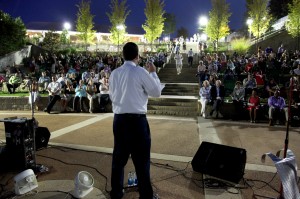 Despite a good working relationship with the city, Park Pride has long hoped for a dedicated revenue source that would go directly to support the Atlanta’s parks.

Halicki said there was interest in creating a Parks District with its own funding source after city leaders went to Chicago in 2002 on the annual LINK trip. But those efforts did not materialize, and then the recession postponed that conversation.

“Things are really looking up,” Halicki said. “There was an increase of $1 million in operations in the current year budget. With the BeltLine adding new parks to the rolls, we are on a trajectory of revisiting how we support parks and green space in Atlanta, especially with parks operation and maintenance.”

The Picnic for Parks event also showed that Park Pride has been able to attract key backers in the community. The Honorary Co-Chairs were Frank Blake, CEO of Home Depot, his wife Liz Blake, general counsel for Habitat for Humanity International; and Michael Russell, CEO of H.J. Russell & Co., and his wife, Lovette Russell, a community leader with the fundraising firm of Coxe, Curry & Associates. 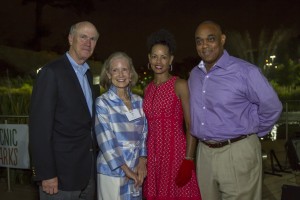 “The transformation of many of Atlanta’s parks over the last few years has been just amazing to behold, and it’s been an honor for us to participate in it,” Frank Blake told the sold-out group of about 500 attendees. “The board of directors and the staff of Park Pride deserve our support not only tonight, but throughout the entire year. I know that the Home Depot has participated in this for several years; we’ve participated not only financially, but even more importantly with the volunteer time of our associates.”

Looking ahead to the next 25 years, Halicki said the organization will begin working on its next strategic plan in 2015. It also is beginning to tackle more comprehensive initiatives, such as Proctor Creek that connects the Georgia Dome with the Chattahoochee River.

Park Pride worked with the community on vision for the area around Vine City and English Avenue, promoting the use of green space as a way to reduce flooding during major storm events. 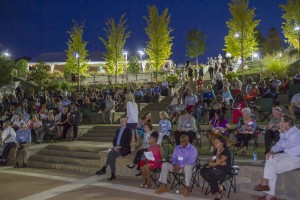 The BeltLine also has whetted people’s appetite for trails going through their communities, and Park Pride has been working to expand the trail network with offshoots from the BeltLine.

Several other opportunities for major parks also are on the horizon. There is the Atlanta Water Works, which used to function like a park and could do so again.

There also is the Bellwood Quarry that is slated to eventually become a major city park.

Depending on the future development plans of Fort McPherson, over the years there have been plans to turn a large portion of the green space – such as the golf course – at the military base into a city park.

In national rankings, Atlanta historically ranks toward the middle of the pack when it comes to its “parks score.” Although Atlanta is a city with lots of trees and green space, much of that land is in private hands as part of people’s front or back yards.

As Atlanta increases its population, it will become even more critical to add public green space and parks to our city’s landscape.