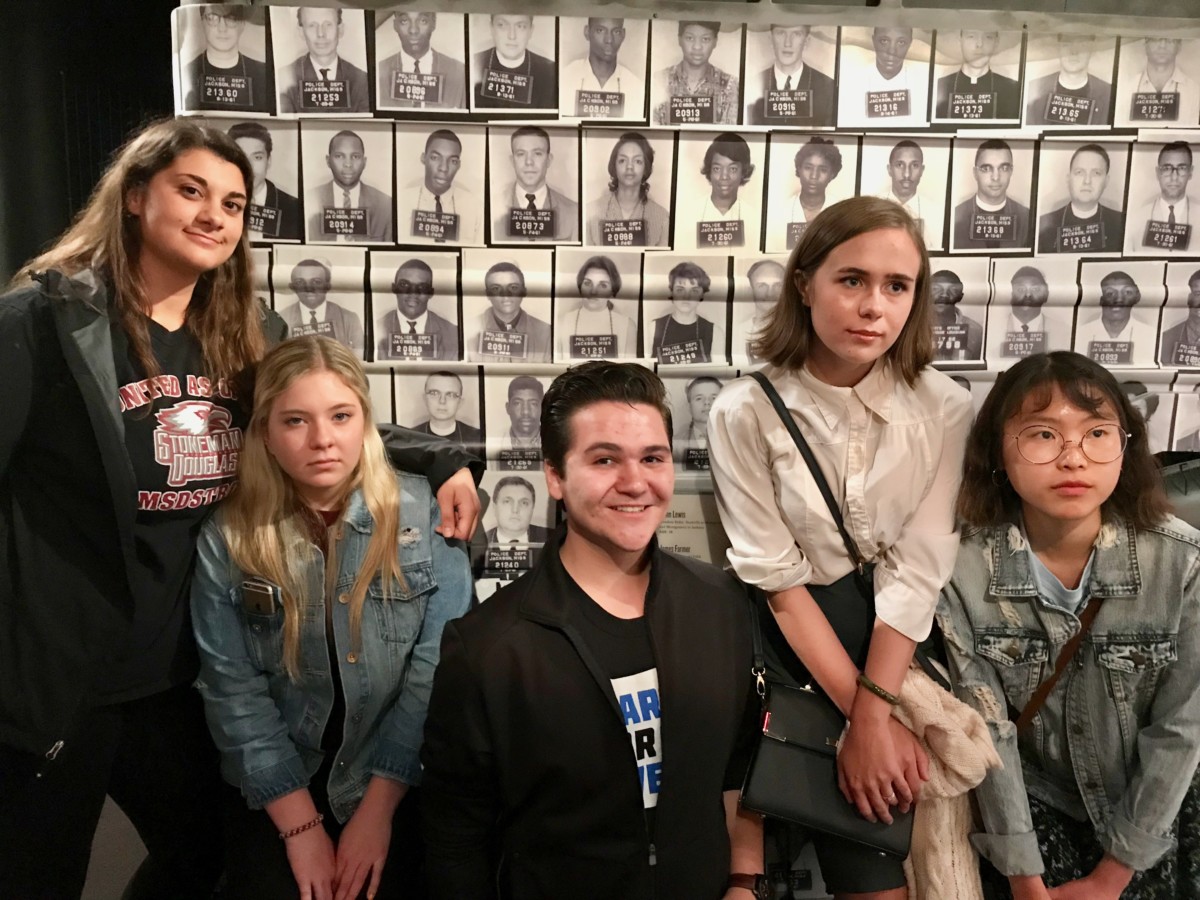 The Power to Inspire fundraising for the Center for Civil and Human Rights Thursday night bridged the nonviolent student movement of the 1960s with the anti-gun violence student moved of today.

For Jaclyn Corin, a junior at Marjory Stoneman Douglas High School, the parallels between then and now were striking. 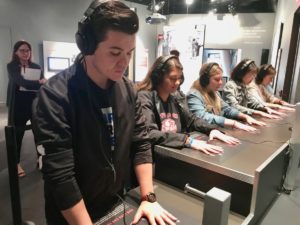 Parkland and Atlanta student leaders at the Center for Civil and Human Rights at the lunch counter exhibit getting an audio experience of what it was like when young people in the 1960s tried to integrate lunch counters and were confronted with racial slurs and worse. Left to right: Brendan Duff, Kaylyn Pipitone, Jaclyn Corin, Kaileen Kim and Adrina Bradley (Photo by Maria Saporta)

The same was true for Brendan Duff and Kaylyn Pipitone, two college students who graduated from Douglas High School two years ago and became leaders in the movement against gun violence in Parkland.

The sweeping exhibit on the 1963 March on Washington at the Center for Civil and Human Rights – which included detailed information on how to prepare for the march – really resonated with the Parkland students.

“We followed their way, and we didn’t even know it,” said Corin, who mentioned the 10 points the March on Washington used, including soliciting celebrities and sings to the cause. “It’s just the proper way to do something.”

Duff said identified with the “behind-the-scenes” preparations of the march – practices the Parkland students had to implement for their journeys to Tallahassee to get laws changed in Florida and to Washington, D.C. to get federal laws changed.

The anti-gun violence student movement was in response to a mass shooting at Douglas High School on Valentine’s Day by a former student who was armed with an AR-15 rifle and shot 17 people, most of them high school students. 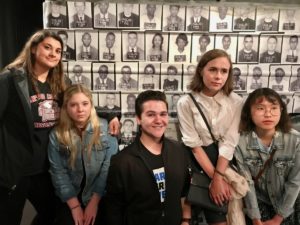 Two weeks after the shooting, the Parkland students met with the Peace Warriors, a group of predominantly black high school students from Chicago, who have been fighting gun violence for 10 years.

The Peace Warriors and the Parkland students adopted the principles of nonviolence that had been central to Martin Luther King Jr. and the civil rights movement of 50 years ago.

“There are so many parallels between our movements,” Corin said. “We just have so many tools on how a movement is successful.” 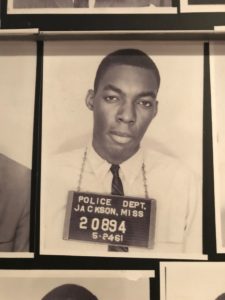 A photo of Hank Thomas, one of the original 13 Freedom Riders, as he was as a young man. The students sat at Thomas’ table during the “Power to Inspire” dinner (Photo by Maria Saporta)

During the dinner, the students sat at the table of Hank Thomas, one of the  original13 Freedom Riders, who traveled on Greyhound and Trailways buses in 1961 in the south to protest racial segregation. Thomas, who went on to become one of the founders of the Student Nonviolent Coordinating Committee, now serves on the board of the Center for Civil and Human Rights.

So what’s next? The students saw another parallel between the civil rights movement and the anti-gun violence movement.

“Phase 1 was the march,” Corin said. “Phase 2 is working to have the largest turnout ever in November. This issue needs to be a priority.”

Corin, who is 17, will have her birthday two weeks before the election – which means she will be able to vote for the first time. 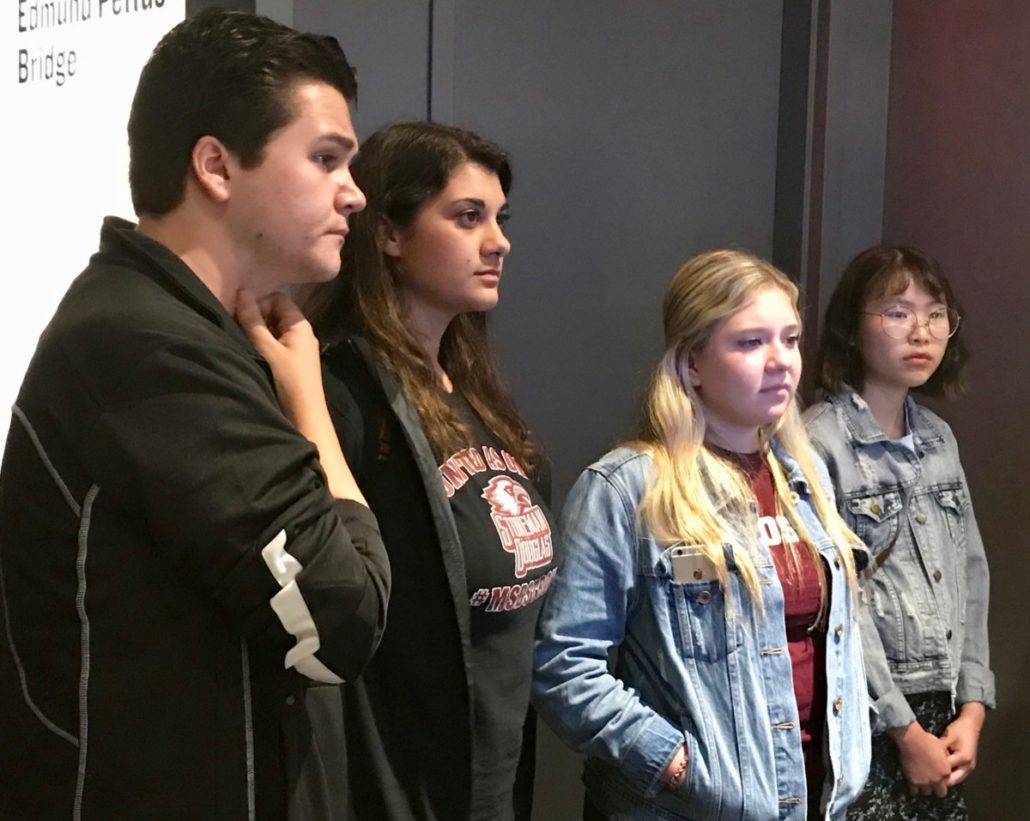 The student leaders listen intently to descriptions of how the civil rights movement was able to impact social change. Left to right: Brendan Duff, Kaylyn Pipitone, Jaclyn Corin (all of Parkland) and Kaileen Kim of Atlanta (Photo by Maria Saporta)