Parks can ignite growth in cities 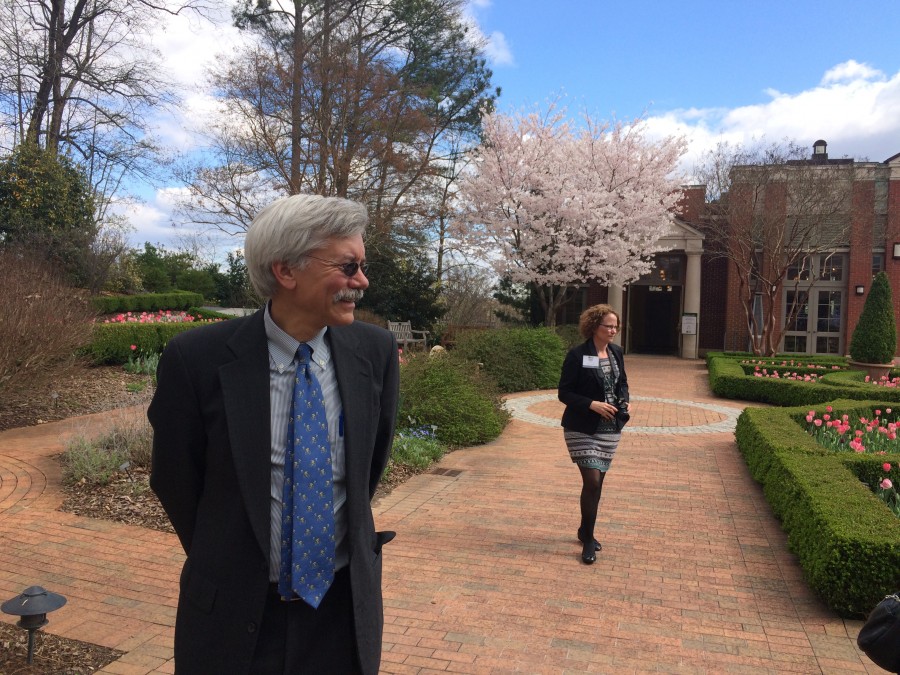 Peter Harnik from the Trust for Public Land at the Atlanta Botanical Garden (Photo: Maria Saporta)

But what about park-oriented development? Cities are now beginning to discover the economic ripples that come to communities when there are thriving parks close by.

“Something really good is happening in cities today,” said Peter Harnik, director of the Center for City Park Excellence for the Trust for Public Land. “It’s not as though we have reached urban nirvana, but the tide does seem to be turning.”

Harnik was addressing the 2015 Parks & Greenspace conference organized by the Park Pride advocacy organization. The title of this year’s conference was: “Parks & People: A Declaration of Interdependence.” 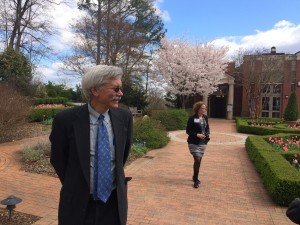 Peter Harnik from the Trust for Public Land at the Atlanta Botanical Garden (Photo: Maria Saporta)

Harnik has beeen measuring the relationship between healthy parks and thriving communities for years. Harnik has been championing the “Park Score” report that calculates how many people in an urban area live within a 10-minute walk (or a half-mile) from a park.

Trust for Public Land estimates that between 90 million and 111 million people in the United States do not live in neighborhoods that are close to a park.

So there are two options. Build more parks to increase the proximity of people living near parks. Or permit higher density development in communities that are next to parks.

Cities around the country are witnessing how parks are contributing to a resurgence in neighborhoods. There is the Millennium Park in Chicago or the High Line in New York City.

Atlanta has several examples of how parks and green space have bolstered development. Piedmont Park has become a magnet for people wanting to live in the city. Centennial Olympic Park has helped encourage several new developments around the park. And then there’s the Atlanta BeltLine and the Historic Fourth Ward Park, an area being lined with new developments.

Cities are having to be more creative to developing new green space – placing parks on the rooftops of building or discovering unused pieces of pavement that could be transformed into green space.

In Seattle and Dallas, parks have been built over highways. The goal is to build parks for people. Harnik said complete communities also need to have housing choices, different transportation options in addition to attractive parks and green space.

Once a park has been developed, the hard work begins.

“It’s about uses and programming,” Nitikin said. “Involving people in shaping public spaces benefits designers. We have to create public spaces that are responsive to the communities that they serve.”

Nikitin said that it’s relatively easy to attract people to parks. The secret is to offer food for sale, free wi-fi, seating and shade.

“We are creating a place, not just a design,” she said.

Torres-Fleming told the story of the Bronx River Case Study. The 23-mile long Bronx River traveled through some of the poorest areas in the New York City region. In Atlanta, the case study for the Bronx River, is similar to the efforts underway for Proctor Creek.

She said the community residents need to take an active role in how a park is develops – calling it: “When Bad Planning Happens to Good People: The way to escape.”

The community had to be able to express their desires and to take an active role in the redevelopment of areas. In the Bronx, that meant painting signs that stated: “We needed to trust our wisdom,” she said, adding that it helped when they started holding up the following sign. “We live here. We’re experts too.”

It’s important that there is bottoms-up planning rather than top down. And then Torres-Fleming ended off her comments with the following words by Lao Tzu:

“Go to the people,

Start with what they know.

Build with what they have.

But with the best leaders,

When the work i done, the task accomplished,

The people will say: ‘We have done this ourselves.'”