Featured Image: Parks are critical infrastructure that build the resilience of cities and people, especially in times of crisis. 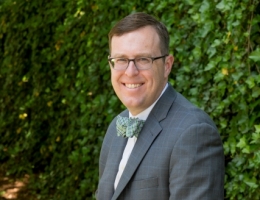 It’s June: the unofficial beginning of summer. In a normal year, we’d be looking forward to this season with excitement, with kids enjoying a break from school, families planning reunions and vacations, and communities preparing for barbecues and block parties.

Unfortunately, there has been almost nothing “normal” about 2020. What does summer look like when schools have been shut down since March, popular tourist destinations are closed, and people are encouraged to keep their distance from each another?

For those of you asking this question, I encourage you to look no further than your local, neighborhood park. Where accessible, parks have been one of the few places to recreate and get a daily dose of nature safely and close to home. Parks and recreation centers have also served essential functions as distribution points for food banks and COVID-19 testing sites. I predict that through the summer, they will continue to serve both of these functions, providing much needed support to the communities of which they’re a part.

While many of us have perhaps never thought of parks and recreation centers as critical infrastructure, that is, in fact, the exact the purpose for which they were originally created. While the modern idea of parks has become associated with playgrounds, baseball fields, and park benches, parks in America actually began as an initiative to improve public health during past pandemics and increase urban resiliency. You only have to look around at some of Atlanta’s most well-known parks to see that this is true. For example:

At Park Pride, this is what we refer to as the power of parks.

These flexible public spaces have emerged as the cornerstones of our communities and contributed to the resiliency of our city and people during this COVID-19 crisis; we know that parks have played a critical role in sustaining Atlantans’ mental and physical health… at least for those who had easy access to them. Now, our recovery as a city demands that we focus on achieving access to parks and recreation for all. While Atlanta has made considerable strides on this front (as illustrated by our climb in The Trust for Public Land’s 2020 ParkScore), it’s true that thousands of Atlanta’s families still do not have a park or recreation facility within walking distance of their home.

Park Pride believes that everyone deserves to have a great park nearby, and for over 30 years, we’ve worked alongside communities to increase access to quality parks, to elevate community voices in shaping their local greenspaces, and ensuring that  parks meet the needs and reflect the culture of the communities they serve. Still today, though safety and necessity have dictated that we shift to a virtual model of engagement, we are working to bring great, community-centered parks to every neighborhood throughout the city. In 2019 we made enormous strides toward this goal, as shown in our newly released Impact Report.

But the work isn’t done and we need your help to get there, as well as that from government, businesses large and small, and other nonprofits. As we launch into a summer unlike any other in living memory, let’s think about the critical infrastructure that parks provide and the foundation of societal support upon which they were built. Parks are not just fun and games, and a return to the status quo isn’t an option. As much as each community needs schools, roads and sidewalks, and fresh food, so too do they need parks. “Great parks for all” is not just a want, it’s a need. And when do we need them? If COVID-19 has taught us anything, it’s that they’re needed now.