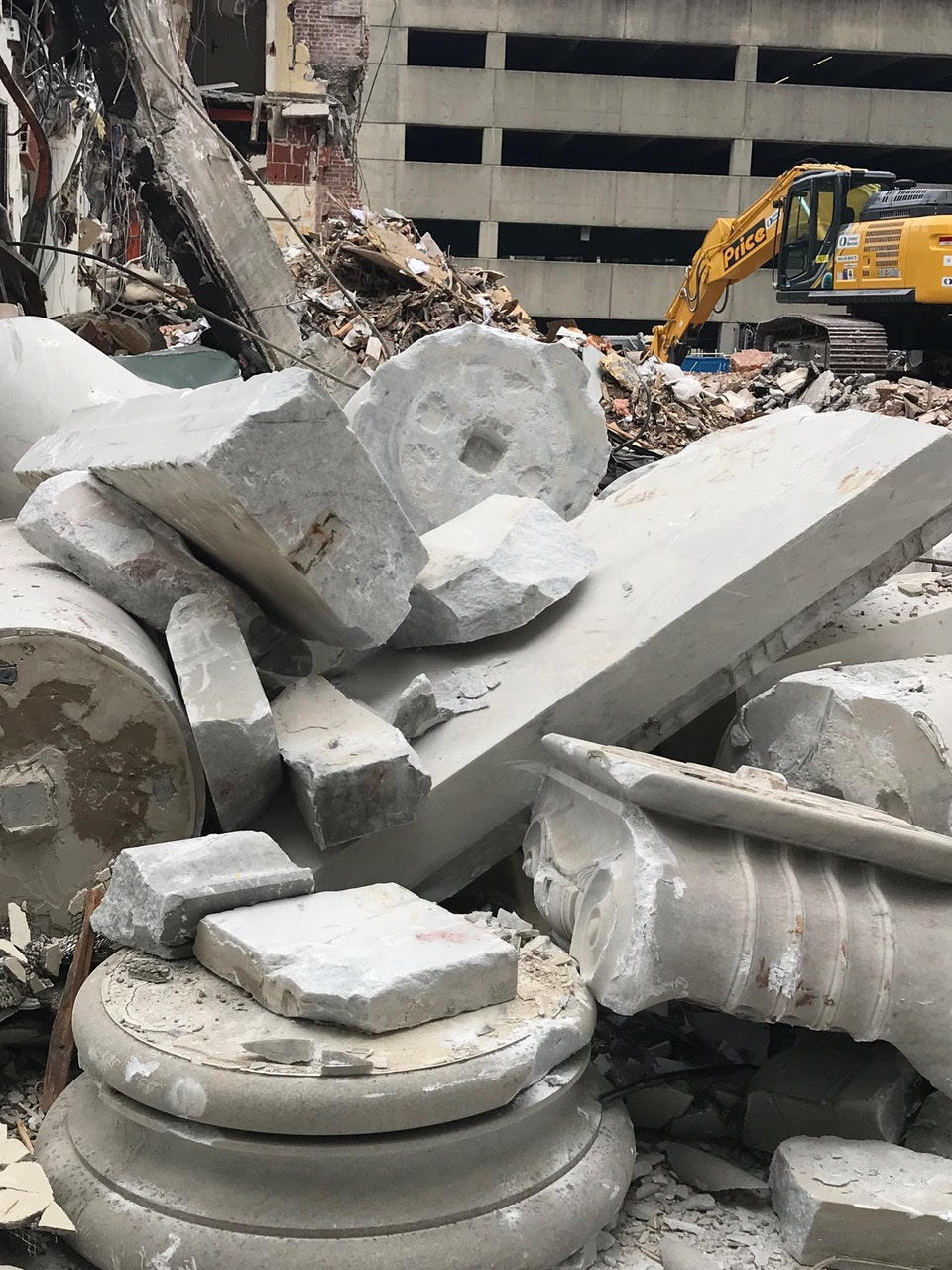 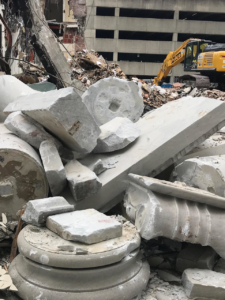 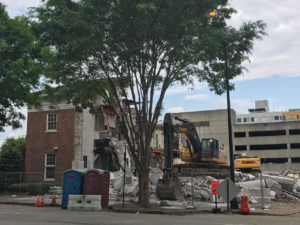 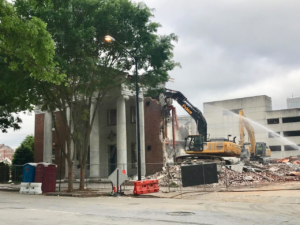 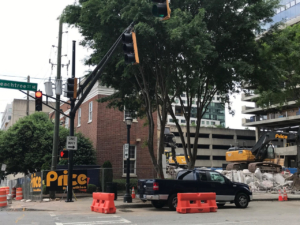 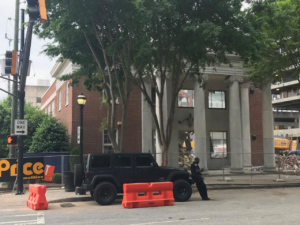 Another piece of Midtown’s historic fabric is being demolished.

A bank building at the corner of West Peachtree Street and Third Street being torn down to make way for a new office development.

According to Jeff Clemmons, a historian who conducts tours in Midtown, the building was built in 1949 at a branch of Trust Company Bank. It was the first bank in Atlanta to have a drive-through window.

It was designed by noted Atlanta architect Francis Abreu, and there was a 25,000 square-foot addition added in 1960. Its façade was thought to have been inspired by Georgia’s first governor’s mansion in Milledgeville.

Demolition crews were hard at work on Friday taking down the red brick building and the majestic four white columns that adorned West Peachtree Street. By Saturday, much of the façade had been destroyed. And obviously, there was no attempt to save some of the architectural features to be reused in future development.

Atlanta historic photographer Terry Kearns said he had been invited to see the big mural behind the bank tellers, but he was not allowed to take photos.

“Very elegant banking floor,” Kearns wrote in an email. “Other than Shutze’s C&S downtown, this was the classiest bank I’d seen in Atlanta.”

Over the years, the building housed the Midtown Bank and Trust. And most recently, SunTrust, the successor to Trust Company Bank, had moved back into the building after its newer branch on the same block was demolished a little more than a year ago. 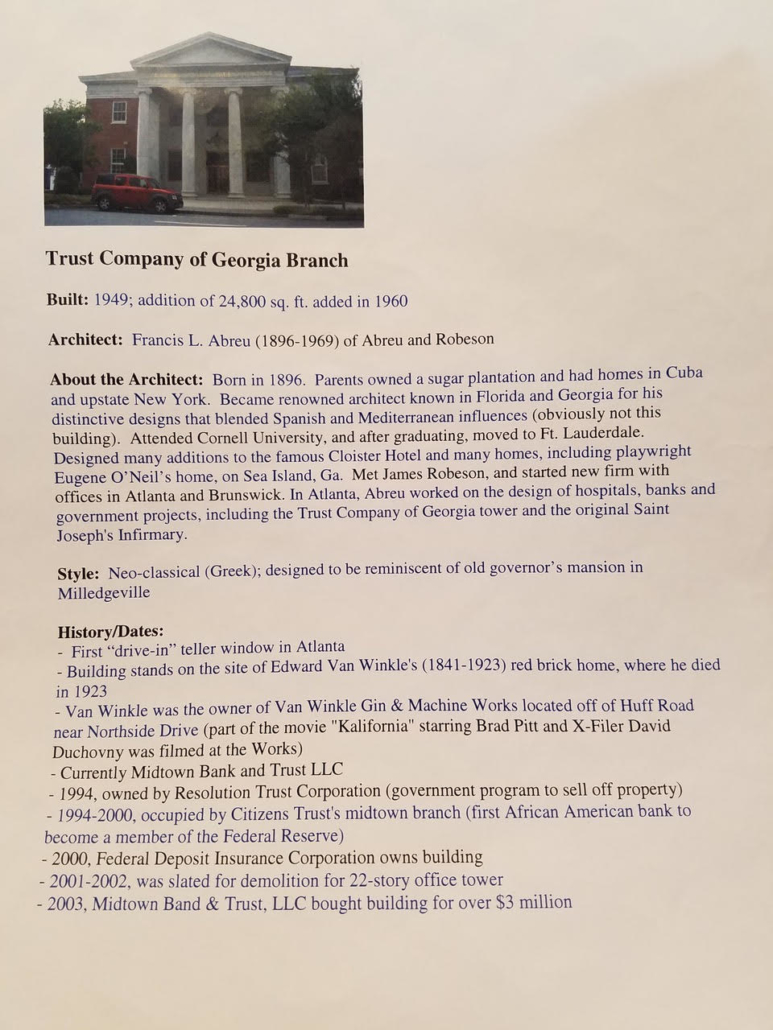 Jeff Clemmons’ notes on the history of the building when it was still Midtown Bank and Trust (Special: Jeff Clemmons)

Previous Article
Atlanta arts leaders and artists say there’s a lot to celebrate — but something is missing
Next Article
Catchafire partnership saves nonprofits $1 million in nine months, apply now and get connected