Key Atlanta women leaders expressed delight that Rosalind “Roz” Brewer will be the next CEO of Walgreens on March 15 becoming the only Black woman to lead a Fortune 500 company.

Brewer, who calls Atlanta home, will step down as chief operating officer of Starbucks to run Walgreens, which is based in Deerfield, Illinois, employing more than 450,000 at more than 21,000 stores across the world.

In some ways, going to Walgreens is a  bit like rejoining the family. Prior to her tenure at Starbucks, Brewer was president and CEO of Sam’s Club, which the members-only warehouse that also is affiliated with Walmart Inc. 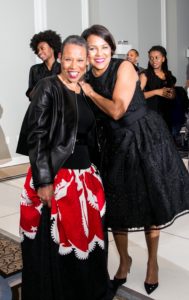 “I’m beyond excited,” said Mary Schmidt Campbell, president of Spelman College, in an interview Wednesday evening. “Roz is one of the reasons I came to Spelman. I thought to myself, I really want to be part of this community, and I want to work with Roz Brewer.”

Brewer chairs the board of trustees for Spelman, a position she held in 2015 when she headed the search committee that lured Campbell to come out of retirement to become president of the Historically Black College & University (HBCU) women’s college.

For Campbell, Brewer’s career success is partly due to her experience attending Spelman, graduating with a chemistry degree in 1984.

“The high expectation of Spelman women starts in the classroom,” Campbell said “It’s a combination of discipline and focus. It’s not surprising that a Roz Brewer or Stacey Abrams came out of Spelman.”

Kathy Waller, Coca-Cola’s retired chief financial officer who is co-chair of Spelman’s board of trustees, agreed.

“As the news of Roz’ appointment as CEO of Walgreens made it to the board, the responses were very consistent,” Waller wrote in an email. “None of us are surprised.  We are all proud of Roz and excited for her.  Her talent knows no limits.  She is an outstanding role model for the Spelman women as she has continued to climb the corporate ladder and bulldoze through glass ceilings.”

Campbell described it as a combination of joy and skill, comparing her to an orchestra conductor who seeks to hear the voices of everyone around the room.

“When she walks into a room, it’s not about her,” Campbell said. “Roz does it with the air of how lucky I am to be here with you. It’s about you.”

Waller described Brewer as a great leader who has never forgotten where she came from. “She is down to earth, fun to be around, and always a good friend,” Waller said.

Carol Tomé, CEO of Atlanta-based UPS, knows first-hand how few women become CEO of Fortune 500 companies. In 2020, out of the 500 companies listed, only 37 were women, and yet that was an all-time record number. 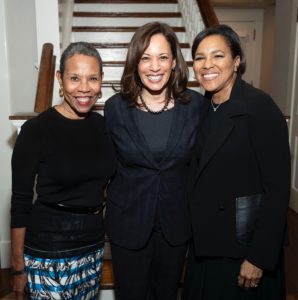 “I was delighted to see today’s announcement,” Tomé wrote in a text on Wednesday. “Roz is a seasoned business leader with a strong retail background – she is an excellent choice for Walgreens. And of course, I am delighted to see another woman named as CEO.”

The fact that she is a Black woman CEO of a Fortune 500 company is even more unusual. And her career success will be even more of an inspiration to the women students attending Spelman.

“According to the National Science Foundation, we are the No. 1 producer of black women who complete PhDs in STEM (Science, Technology, Engineering and Math) fields of all colleges public and private,” said Campbell, who added that Spelman has continued to progress under Brewer’s leadership.

Waller also complimented the way Brewer has led the Spelman board.

“She runs it in a very professional way keeping us all focused on supporting the mission of Spelman and ensuring we are doing everything we need to do to enable the College as it supports and educates the women who currently attend and will attend the College for generations to come,” Waller said.