The Georgia Budget and Policy Institute has named Staci Fox as its new president and CEO. She will begin her new job on April 25.

In an exclusive interview, Fox said that when she first saw the GBPI job was available, she became very excited. Up until that point, she had a hard time imagining what job could lure her away from Planned Parenthood, an organization she worked with for 25 years.

“There’s a season for everything in life,” Fox, who turned 50 in December, said. The job at GBPI will help her amplify the work she cares most about — social and economic justice, freedom and liberty. 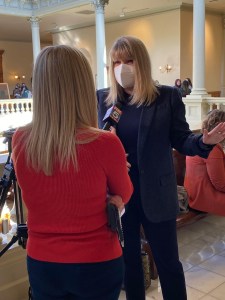 “When I met with the search committee, we all agreed that the reason I’m a good fit is my advocacy experience,” Fox said. “It’s about the research and data that’s behind the policy. I want to get the data more to the streets, making sure Georgians prosper. I can’t think of anything better I could do than helping my home state.”

Charles S. Johnson, chair of GBPI’s board, said in a statement that Fox’s experience was a good fit for the public policy organization.

“Staci Fox is an accomplished nonprofit executive with experience sharpening an organization’s ability to activate Georgians through the power of research and outreach efforts,” Johnson said. “She understands that building a future where prosperity is in reach for every Georgia family requires renewed investment in the people — funding that flows to our communities, our schools and our families.”

Fox was born in Warner Robbins. She graduated from the University of Georgia, where she was a young advocate for public health and safe sex.

“Things changed a lot in nine years,” Fox said. “Planned Parenthood Southeast has never been stronger. When I got here, we had a $4 million budget. It’s now $13 million. We also have an endowment of $1 million. We are raising about $6 million to $7 million a year.”

Fox said she expects Planned Parenthood Southeast to name an interim leader, and then it likely will conduct a national search for her successor. 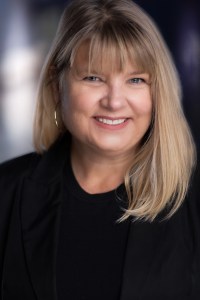 “I’ve had the experience of working with Staci while serving on the Planned Parenthood Southeast Advocates policy board,” Coco Papy, director of public policy and communications at Deep Center in Savannah, said in a statement. “What was abundantly clear was her commitment to always put access for patients first, as well as her determined advocacy in the face of a state legislative body that was more often than not, outright hostile towards reproductive health care and access for the people of Georgia.”

Papy added that Deep Center is looking forward to partnering with Fox at GBPI on state-level education and criminal justice policies.

“I could not think of a more committed leader to take on the helm of how centering economic justice and robust, intentional and just policymaking has the ability the transform Georgia,” Papy said.

GBPI is a research and advocacy organization that advances solutions to expand economic opportunities for all Georgians. It examines the state’s budget, taxes and public policies to provide analysis and solutions to address inequities in Georgia.

Fox said one of her priorities will be to expand Medicaid in Georgia.

“For me, it’s about the why,” Fox said. “It’s telling the story of why Medicaid expansion is so important for Georgia. It’s based on data and research. It’s not a partisan issue. We are going to work on greater access to healthcare, increase funding to schools that serve people in poverty, and change the tax code so everyone pays their fair share.”

Fox also is an alumna of Leadership Atlanta, the Regional Leadership Institute, and the Strategic Perspectives in Nonprofit Management program at Harvard Business School.

Three Barriers to Financial Security
THE WAY IT SHOULD BE