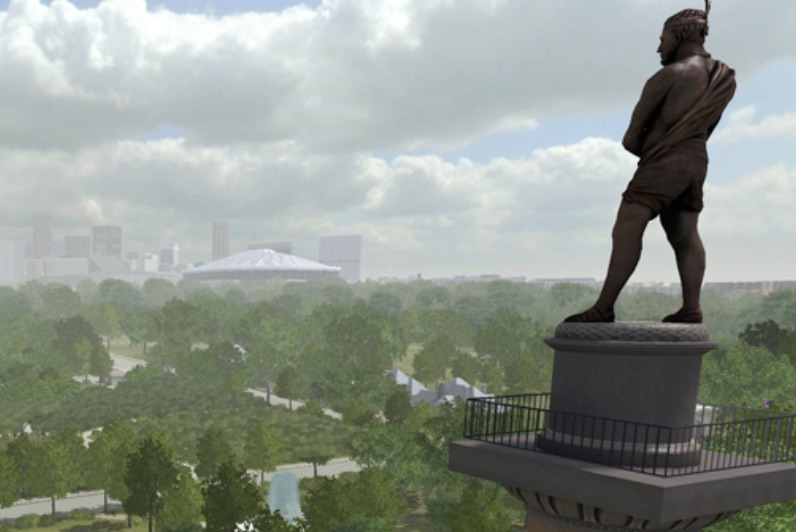 A bit of push-back is emerging around the planned Rodney Cook Sr. Park in Historic Vine City. One Atlanta resident said Tuesday at a public hearing the name marks it as Confederate memorial park. On Wednesday, the Atlanta City Council’s Finance Committee voted to delay action on a proposal to condemn six parcels of land needed to make the park as it’s currently envisioned. 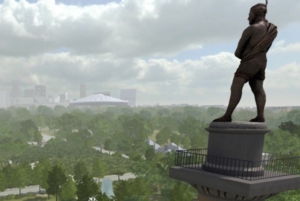 The controversy doesn’t give any indication that it will deter the city’s plans to build and name the park on the site west of the Mercedes Benz Stadium. The city council voted in 2012 to create a park in this area, and the park has a plethora of private partners.

In the past two days, however, wrinkles have appeared in these final stages of the park’s formation.

On Tuesday, an Atlanta resident voiced concern about the name of the park. This came during a council committee’s public hearing on the proposed renaming of Confederate Avenue to United Avenue. The speaker, James Coleman, didn’t have all the facts correct. But his comments showed how deeply names resonate among the grassroots of the city’s neighborhoods.

“Right now, you’ve got a Confederate park being built right in front of Martin Luther King Jr.’s house, just a few feet from it,” Coleman said. “General Rodney Mims Cook – when he walked the earth, a Negro wasn’t even considered a human being. This is how bad it is, and people want to keep this in our culture, our heritage. Let it go away. This is a new era.”

Coleman was partly correct in the name of the planned park. Not so much on the location being near King’s home, on Sunset Avenue.

Nonetheless, at one point, the park was to be named for Livingston Mims, a former Atlanta mayor and former general in the Confederate army. However, the name was changed as word of Mims’ role in the Confederacy percolated through constituents.

A compromise called for the park to be named for a prominent heir of Livingston Mims who also had served the city in elected office – Rodney Mims Cook, Sr. Cook did not serve in the Confederate army and, rather, had accumulated a lengthy record on Civil Rights, including a vote in the state House to seat legally elected Rep. Julian Bond, who was blocked for his views on the Vietnam War, according to Cook’s obituary.

Overlooked in this entire discussion is a tidbit unearthed about another civic donation by the Livingston Mims’ family. This one was unearthed during the city’s consideration of what to with Confederate remembrances such as Confederate Avenue.

Livingston Mims’ widow provided the money to create and install a bust of a notable, dead Confederate soldier to be erected in Piedmont Park. The bust recognized Sidney Lanier, a beloved Georgia poet, and the memorial now is held by his alma mater, Oglethorpe University. The bust in Piedmont Park is a replica.

On Wednesday, the council’s Finance Committee voted unanimously to defer action on a proposal to condemn six parcels of land for Mims park.

The vote came after the committee had voted to deliberate in private. The meeting with city attorneys and others lasted about 55 minutes. Committee Chair Howard Shook noted before and after the executive session the purpose was to discuss legal and real estate matters – which public bodies in Georgia are allowed to discuss out of the public eye. 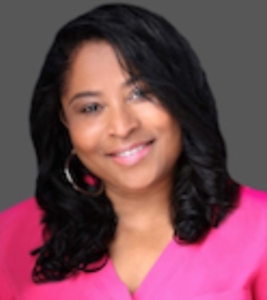 Councilmember Andrea Boone raised repeated questions before the executive session about why the city needed these particular parcels in order to develop a park of about 16 acres.

“It seems to be that we should be able to build this park without bothering our residents,” Boone said.

Parks Commissioner Amy Phuong responded that the site plan was devised with these parcels included in the park. The park also is to help manage stormwater runoff, and these sites may be required for that aspect of the park, Phuong indicated.

Boone said she would like to see the shape of the park if three parcels were removed from the planned condemnation process.

Johnna Goodmark, a city attorney, said a map that responded to Boone’s request was available. But it could not be displayed immediately because some information was confidential. At that point, Councilmember Matt Westmoreland made a motion for executive session, the motion was approved, and the committee left the room to continue its discussions elsewhere.

Upon returning to public session, the committee voted unanimously to hold the legislation for further consideration.