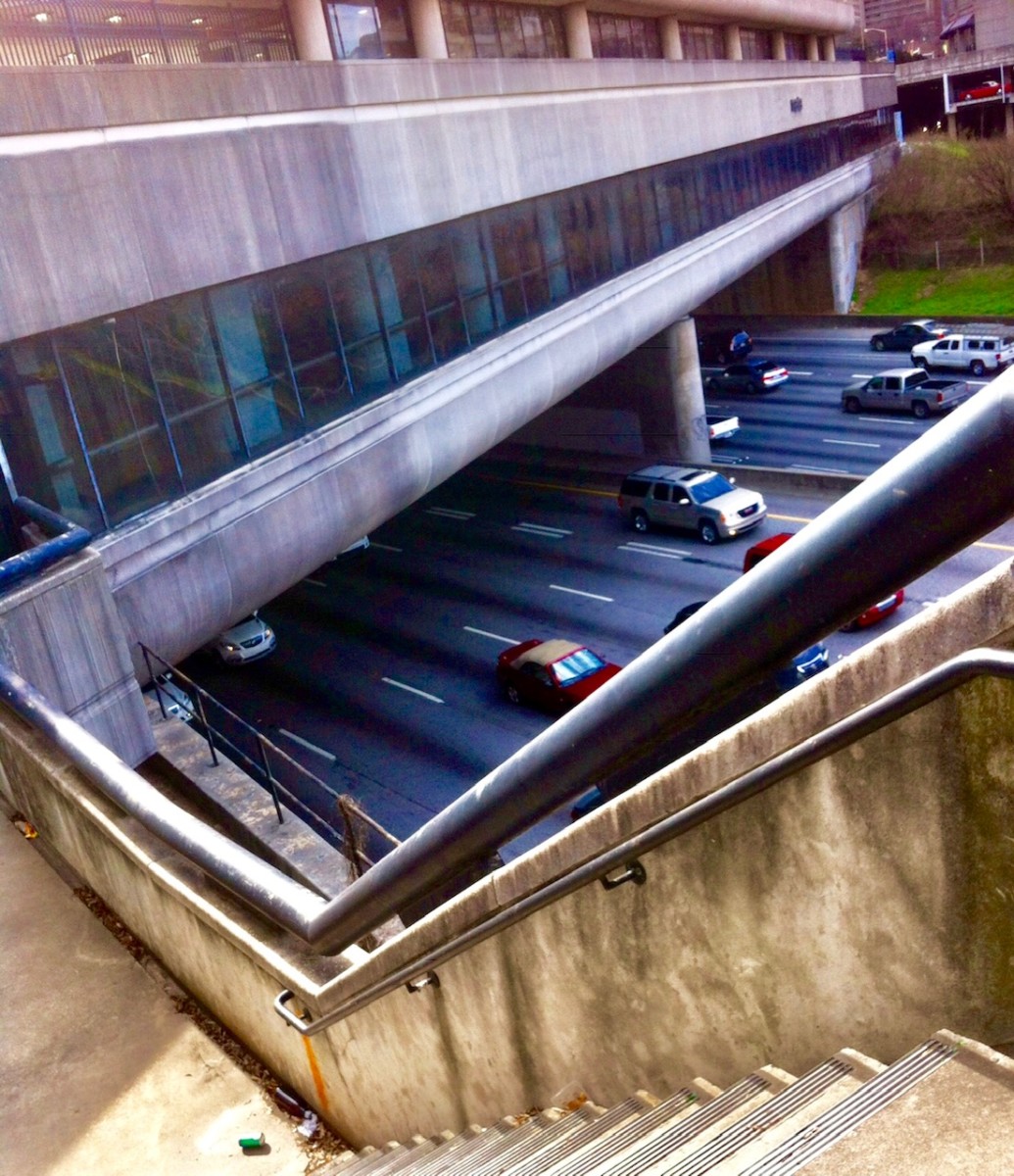 Metro Atlanta is still fed up with traffic and folks in parts of it are pretty willing to pay more for expanded transit, according to the latest edition of a long-running regional survey. Also, pretty much everyone everywhere thinks they’re paying too much for housing.

Those are some of the headline findings in the latest Metro Atlanta Speaks public opinion survey of folks in 13 counties, which was carried out by Kennesaw State University on behalf of the Atlanta Regional Commission. (Margins of error range from 1.5 to 7 points. Footnotes below.) 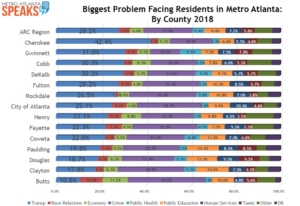 A slide from the Metro Atlanta Speaks poll. Click picture for a larger version or see the whole presentation.

And how to solve that traffic problem? Nearly half of people said they “agree” or “strongly agree” with the idea of paying more taxes to get more buses or trains running.

But again, that’s very different from county to county. Only about 21 percent of people in Butts County are agreeable or very agreeable; nearly 60 percent in the city of Atlanta are.

“This year’s Metro Atlanta Speaks survey tells us that many residents feel that a range of transportation options, including expanded regional transit, are needed to improve mobility and quality of life and remain economically competitive,” said Doug Hooker, the ARC’s executive director, in a written statement released with a preview of survey results, just in time for the annual State of the Region breakfast.

Overall, crime is the second-ranking concern, though that varies by county too. Thirty percent of folks in Rockdale say it’s the biggest challenge; in Gwinnett, only 13.5 percent of people say that.

The survey also goes a bit into folks’ finances. What would metro Atlantans do if they had to come up with $400 in an emergency?

About half would pay with cash, check or debit. But everyone else would have to use a credit card, borrow money, pawn something, wouldn’t be able to pay or just don’t know.

And nearly 90 percent of people said they’re paying more than they should for housing.

At least half of people in all 13 counties and the city of Atlanta said affordability was only fair, poor or they gave no opinion.

The survey covered 5,450 people across the 13-county metro Atlanta region: Butts, Cherokee, Clayton, Cobb, Coweta, DeKalb, Douglas, Fayette, Fulton, Gwinnett, Henry, Paulding, and Rockdale counties. The margin of error is 1.3 points for the region as a whole. For individual jurisdictions, the margin of error ranges from 4 to 7 points.