A passionate campaign is underway to save the historic Atlanta Daily World building on Auburn Avenue.

The Integral Group has applied for a demolition permit of the Atlanta Daily World building, and the application will be heard at the Atlanta Urban Design Commission meeting on March 28.

Already, the news of the possible demolition has awakened historic preservationists and community activists who are deeply concerned about another legacy building potentially disappearing from Sweet Auburn District. The street has been nationally and internationally recognized as the Main Street for African-American businesses during the era of segregation. 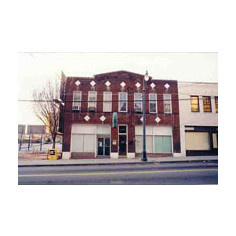 Also, the Atlanta Daily World building is only a few blocks away from the King Center, the Ebenezer Baptist Church, the National Park Service’s Historic District, which also includes the birth home of Civil Rights leader Martin Luther King Jr.

The whole area is part of the Historic District Development Corp. (HDDC), which has been working to fix buildings and homes in the area while make sure that there is still affordable housing for long time residents in the Old Fourth Ward.

According to the application, the Atlanta Daily World building would be torn down to make way for student housing for Georgia State University.

The building was built in 1930, and it was the headquarters of the first successful African-American daily newspaper in the United States.

An online petition already had nearly 400 names when this story was posted. To add your name to the petition or to read comments from people who have already signed the petition, just click here.

The petition will be presented to Egbert Perry, CEO of the Integral Group, who also just happens to be the current board chair of Central Atlanta Progress.

One comment was posted by Mtamanika Youngblood, who was the long time leader of the Historic District Development Corp.

Here is what she had to say:

“Little by little the historic fabric of Auburn Avenue and by extension, the fabric of the City, is being destroyed. We are losing our unique sense of “place” and in the process, the sense of who we are. Because to many of us this “place” matters,” we cannot sit quietly by and in the name of progress and growth, watch an Historic District named to honor Dr. Martin Luther King, Jr. being so disrespectfully dismantled.”

Several current and former GSU students in the Historic Preservation Masters program commented on the petition.

“I am an urban historian, with a masters degree in Heritage Preservation from GSU (1988). I am appalled that my alma mater is taking this action, and I feel that other options need to be explored to protect the history fabric of the neighborhood into which GSU is expanding.”

Interestingly enough, this is the not the first time that the Integral Group and Egbert Perry have been involved in efforts to demolish historic buildings along Auburn Avenue.

Back in 2004, the Integral Group and Big Bethel AME Church initially wanted to demolish several buildings along Auburn Avenue to turn into a mixed-use development.

Preservationists strongly objected to those plans. A revised plan ended up saving portions of three historic buildings (primarily the facades) but most of the structures were demolished.

That development along Auburn Avenue between Piedmont Avenue and Jesse Hill Dr. later ended up in foreclosure.