By Guest Columnist DR. LECONTÉ DILL, research instructor at the Morehouse School of Medicine’s Department of Community Health and Preventive Medicine, and former fellow with the Satcher Health Leadership Institute

Some people in Atlanta might not know much about the Pittsburgh neighborhood, nestled southwest of downtown.

Unfortunately, when Pittsburgh makes the news, it is often in a negative light, such as the sexual assaults of adolescent girls on the way to school in 2006 and 2011, and the hate crime and beating of Brandon White earlier this year.

In actuality, Pittsburgh, like all neighborhoods, is a multi-faceted place with a rich history. Such history, rooted in places, can help nurture citizens’ collective memory, in a process that historian, architect, and poet Dolores Hayden calls “place memory.”

This place memory is resonant in Pittsburgh, in its monthly community meetings, informal and formal storytelling projects, street and building names, and annual reunions, and it is key to the neighborhood’s preservation. 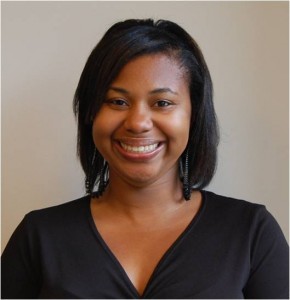 Pittsburgh is one of Atlanta’s oldest neighborhoods, established in 1883 on 554 acres of land by African-American laborers. In the aftermath of the Civil War, Pittsburgh became an affordable refuge for working-class families fleeing the wrath of the Ku-Klux-Klan in the counties south of Atlanta.

The neighborhood got its name because the nearby rail yards were so polluted that it resembled the steel mills of Pittsburgh, Pennsylvania. McDaniel Street thrived as Pittsburgh’s “Main Street,” as segregation confined African-American businesses to this thoroughfare.

However, by the 1950s, Pittsburgh started to decline with the end of Jim Crow segregation and the out-migration of middle- and upper-class African-American families to neighborhoods on the westside of Atlanta.

As a result, many of Pittsburgh’s Black businesses began to lose their customer base and had to close. Also, red-lining, the refusal of banks to make loans in certain neighborhoods nationwide, typically African-American neighborhoods, crippled home sales in Pittsburgh and they began to fall into disrepair and abandonment.

The 1960s brought the construction of Interstate 75/85, which cut off southeastern tip of Pittsburgh. Also during this era, the failed Model Cities program replaced single-family homes in Pittsburgh with multi-family units which became a magnet for crime in the area.

Deregulatory policies in the 1980s led to the rise of non-bank lenders and the proliferation of high-cost and exotic loan products predominately in communities of color across the country during the last 30 years, and in Atlanta, in particular.

In a neighborhood said to be “ground zero” for the nation’s foreclosure crisis, leaving over 50 percent of the houses currently vacant, and where some of the schools and churches also feel foreclosed upon, it is important to examine and document how residents in Pittsburgh are in fact taking their neighborhood back.

Anthropologist John Langston Gwaltney was committed to documenting what he framed as communities’ “civil, principled survival in spite of the weight of empire that rests upon their backs.”

The monthly community meetings, thriving community gardens, revitalized neighborhood watch and community policing initiatives, strong faith-based communities, community-engaged master planning process, and emerging youth organizing efforts are just some ways in which the residents and advocates in Pittsburgh are actively surviving “in spite of” and diligently working to preserve their neighborhood.

To stay abreast of events and initiatives in the Pittsburgh neighborhood, visit the www.pcia-atlanta.org and sndsi.org/pittsburghpreservation.html websites.