Almost immediately, the city of Atlanta put up an eye-catching billboard: "If you love Atlanta, please go home" (Photo by Maria Saporta)

As we emerge from one of the darkest weekends in Atlanta’s history, a light is shining bright.

Project Light is the brainchild of a dozen or so members from the 2020 class of Leadership Atlanta playing off the theme of Martin Luther King Jr.’s most poignant quotes: “Darkness cannot drive out darkness; only light can do that. Hate cannot drive out hate; only love can do that.”

The goal? To get House Bill 426 (the Hate Crime Bill) to pass the Georgia Senate. Georgia is one of the few states in the country without legislation that allows for tougher penalties for hate crimes. 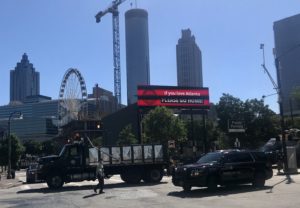 Almost immediately, the city of Atlanta put up an eye-catching billboard: “If you love Atlanta, please go home” (Photo by Maria Saporta)

The killing of Ahmaud Arbery in Brunswick followed by the police killing of George Floyd has fueled the sense of urgency to get the hate crime bill passed in Georgia.

So, Leadership Atlanta 2020 classmates launched a grassroots movement to try to move the tide of public opinion to get our elected leaders to act.

First and foremost is the spiritual leader of the class – Bernice King, CEO of the King Center, the youngest daughter of MLK Jr.

Signing on as co-sponsors were: Al Vivian, president and CEO of Basic Diversity (who conducts Leadership Atlanta’s eye-opening “race weekend”) and Eric Barnum, an attorney with BakerHostetler and program chair of the Leadership Atlanta 2020 class.

The team went to work creating a Project Light Tool Kit, they set up a Change.org petition that had 5,000 signatures last Thursday and more than 30,000 signatures as of Sunday night; they created a Facebook page that now has more than 600 likes; and they sent a letter to Lt. Gov. Geoff Duncan and all state senators – signed by hundreds of Leadership Atlanta 2020 classmates and supporting alumni.

Plus, class members have been working their personal contacts to effect real change. 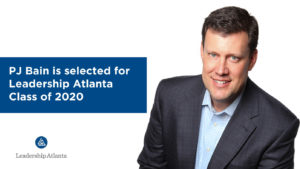 After some correspondence, Bain spent 45 minutes on the phone with Lt. Gov. Duncan on May 17, urging him to do all he could to get the hate crime legislation passed.

Amazingly, Duncan issued a press statement on May 29 supporting the passage of hate crimes legislation.

“This is an important piece of legislation to get right,” Duncan stated. “It is time to make it clear that Georgians will not stand for hate and violence. As we work through this legislation, we want to make sure that victims of hate crimes have certain tools at their disposal. Victims of bias-motivated violence should have recourse in civil court – I want to ensure that victims have a remedy for the rights they hold as Georgians.”

With Duncan’s support, the top elected leaders in state government seem aligned to take action. House Speaker David Ralston already has urged the Senate to pass the bill that already has passed in the House with bipartisan support.

And, Gov. Brian Kemp also seems open to the idea, issuing a statement saying: “Conversations about legislation are already underway, and we will work through the process when the General Assembly reconvenes.”

Bain spoke about the impact LA’s race weekend had on him.

When he wrote a social media post about the hate crimes legislation, it mirrored the sentiments of many of his Leadership Atlanta classmates – and that’s how Project Light began.

Bain said Leadership Atlanta crystalized in him the need to fight systematic racism by being actively “anti-racist.”

“Now I feel that if I don’t take action, I’m being a hypocrite,” said Bain, who said his classmates wanted to know: “What can we do right now, so this situation doesn’t happen in 10 years.”

Bain also was heartened to see that the Metro Atlanta Chamber and the Georgia Chamber of Commerce also issued strong statements in support of the legislation.

So, what can readers do? You can sign the petition. You can contact their state senators. You can go to the Project Light House Bill 426 website to get more information.

In the end, it’s all about changing hearts and changing minds while living up to the ideals that have placed Atlanta as a city on a hill – a city that cares about justice, nonviolence, peace and equal opportunity for all. 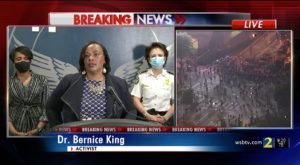 It’s in our DNA – a fact that was self-evident this past weekend with the words of Mayor Keisha Lance Bottoms, Bernice King, Killer Mike, TI, Atlanta Police Chief Erika Shields, former Mayor Andrew Young and so many others. Their message: By all means, protest. But do so non-violently.

“We can’t go back to yesterday,” Bernice King said Friday night after the protests turned violent. “We can’t keep doing things like we’ve been doing it in this nation. We’ve got to deal with systemic racism and white supremacy once and for all. But the only pathway I know to do this is through nonviolent means. It is a proven method.”

Later she reminded all of us of the end goal.

“The end goal is we want change, and we want it now. But change never comes through violence. It is not a solution,” Bernice King said. “Violence in fact creates more problems. It is not a solution. The nonviolent way is the way because the means and the ends have to be consistent. We will never get to the end of justice and equity and true peace – which is not merely the absence of tension but the presence of justice – unless we do it through nonviolent means.”

In the interest of full disclosure, I am a member of the 2020 Leadership Atlanta class, the 50th legacy class, which classmate Bernice King describes as “the greatest class ever.” 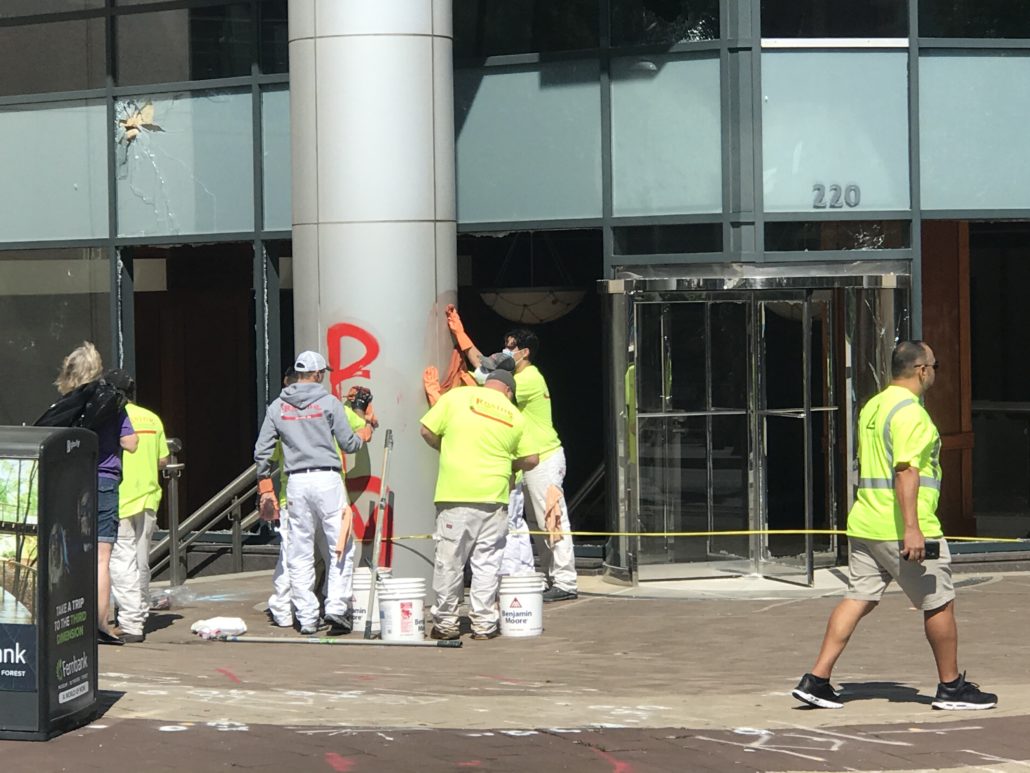 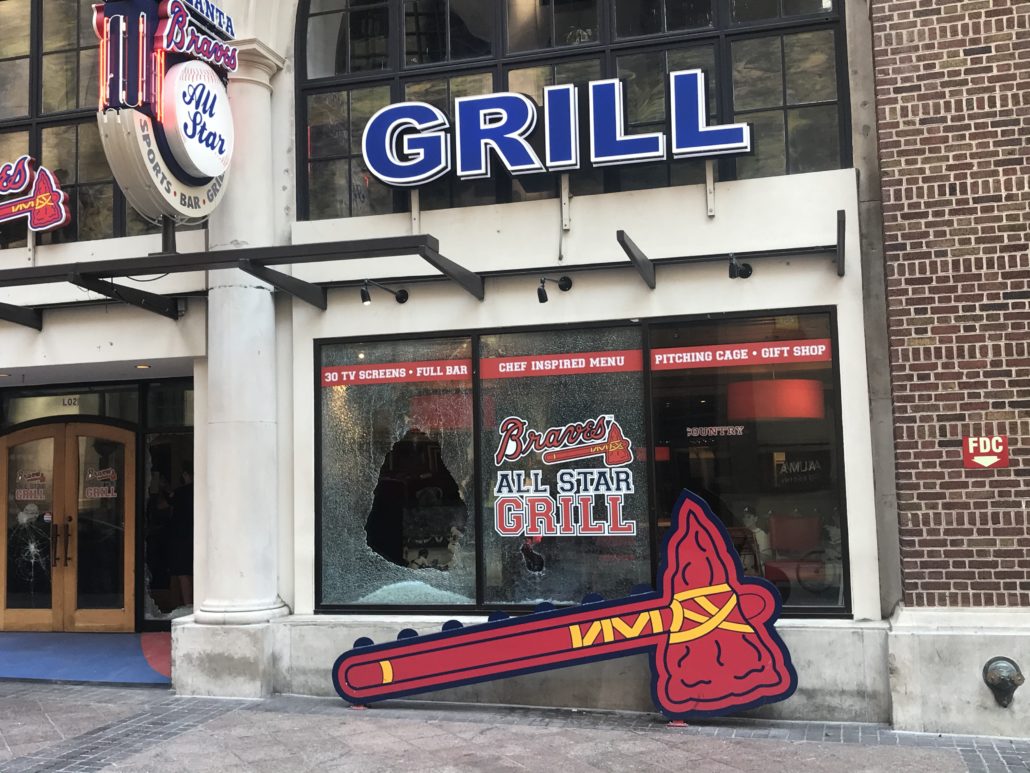 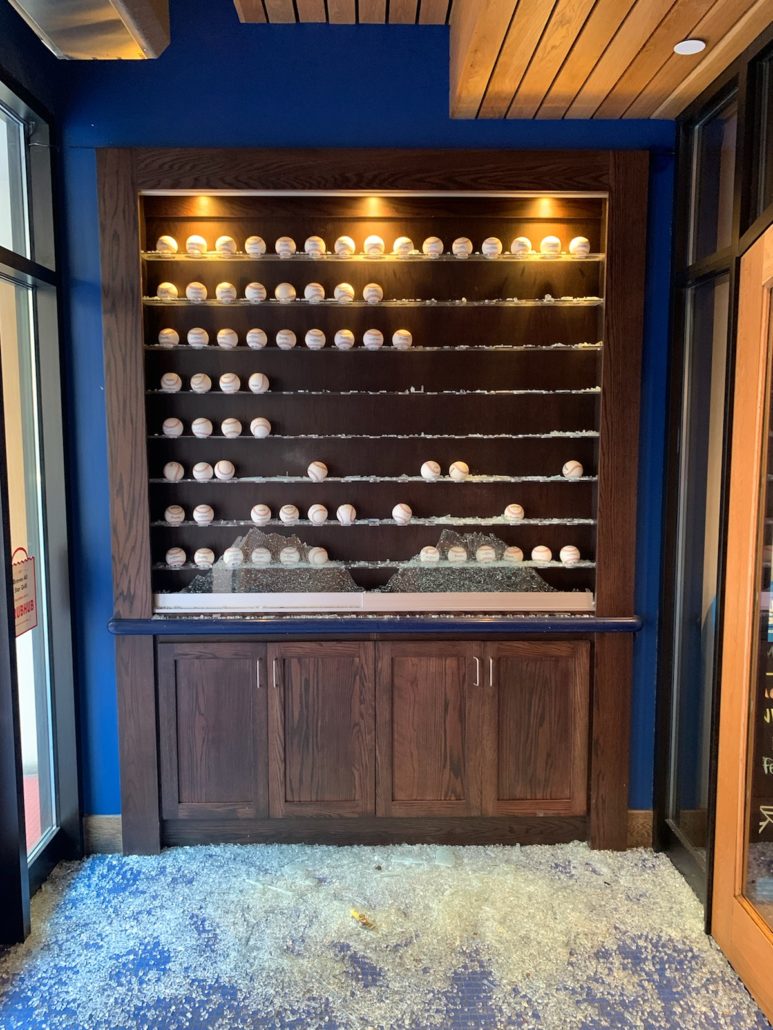 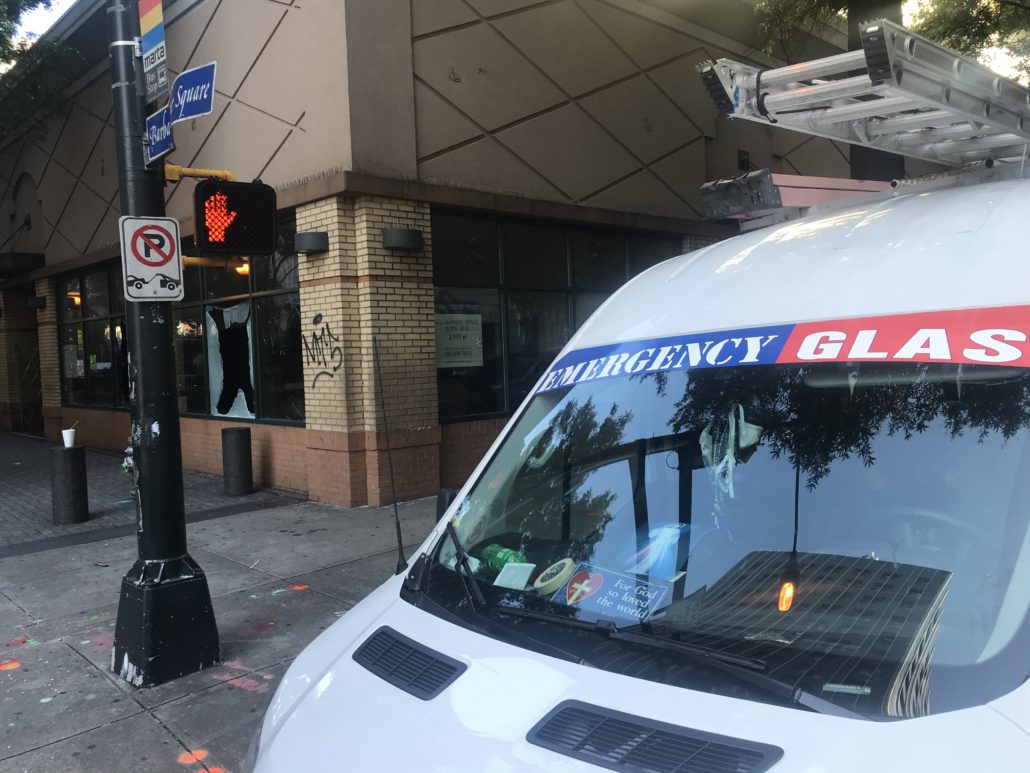 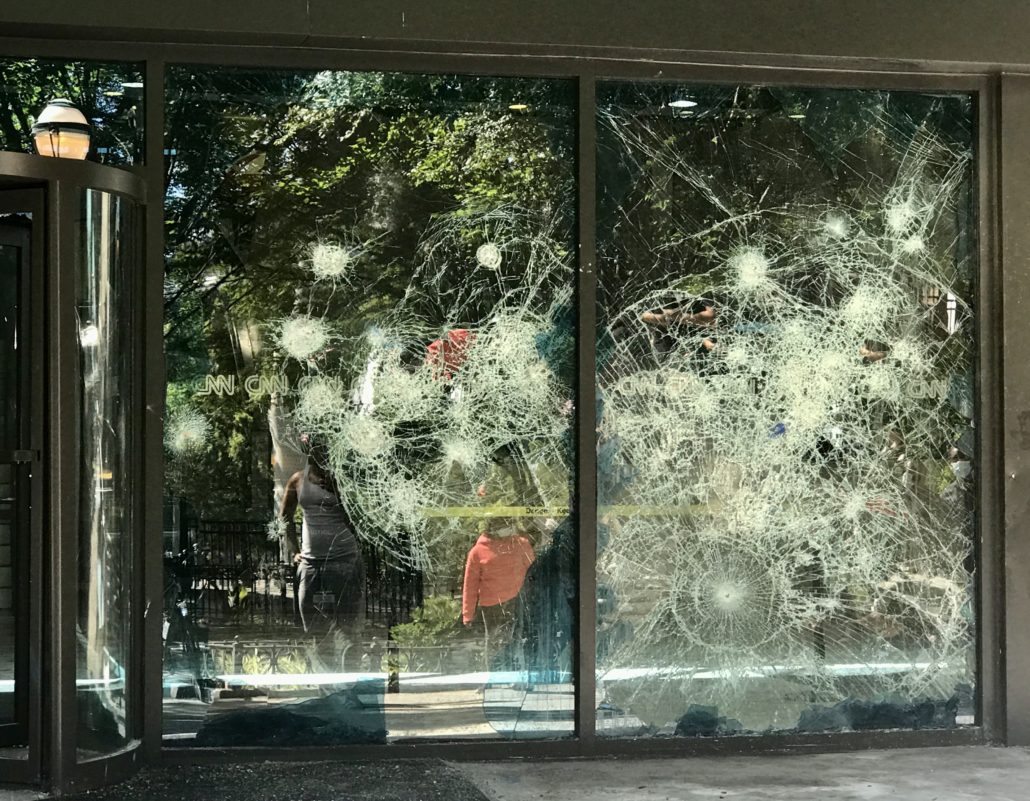