Reform of federal flood policy would reduce impact of disasters, spending after events 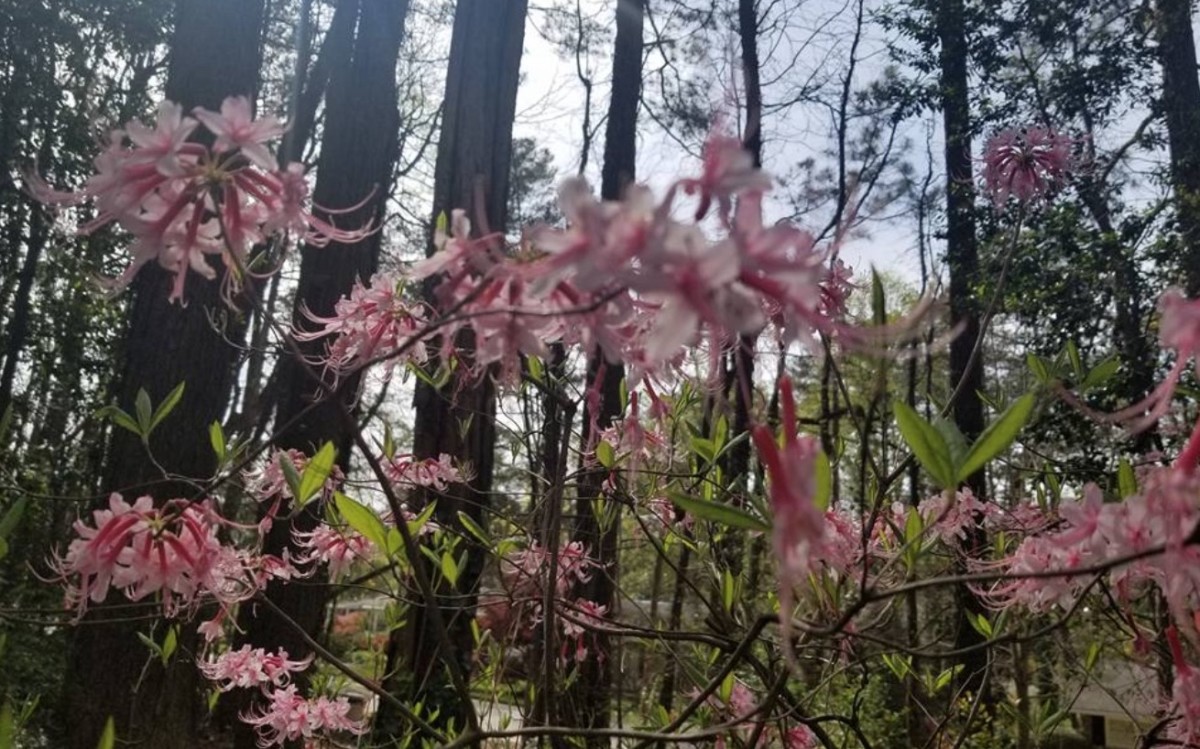 Last year, the City of Brookhaven purchased what is now known as Ashford Forest Preserve, 33 acres of a decommissioned runaway that had grown into a meadow full of mature trees, native plants, and a stream, from the DeKalb County government. 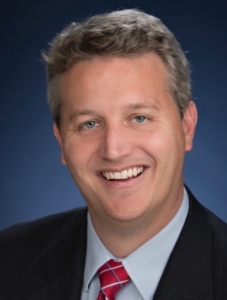 The $5.7 million purchase was made possible by a Clean Water State Revolving Fund Loan from the Georgia Environmental Finance Authority. This federal loan allowed Brookhaven to increase its greenspace by 10 percent, mitigate stormwater problems and establish a nature preserve in our rapidly developing community. We couldn’t have done it alone and it was a win-win for the state, county and city governments and taxpayers.

Right now, Brookhaven and cities large and small across the country are struggling to deal with America’s flooding problems due to our crumbling infrastructure. Well before Hurricanes Florence and Michael were even named, flooding was the costliest and most frequent natural disaster in the US. The year 2017 set numerous records and racked up $306 billion in weather-related losses according to the National Oceanic and Atmospheric Administration. Since 2000, flood-related disasters have cost over $750 billion.

The Georgia Legislature on Saturday approved a $470 million package of emergency aid and tax incentives to help farmers rebuild after Hurricane Michael devastated portions of the state in October.

In March, I joined a bipartisan group of elected officials from all 50 states, including several from Georgia, who are urging changes to our federal government’s flood policy. The Flood-Ready Infrastructure Statement of Principles encourages our representatives to improve resiliency requirements for buildings and infrastructure systems, enhance the use of natural defenses in planning and preparedness and reduce unsustainable development in high-risk areas. 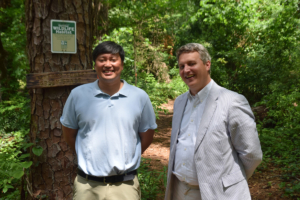 One of the proposed reforms is House Resolution 7037, introduced by U.S. Rep. Charlie Crist, a Democrat from Florida, and co-sponsored by Republican Rep. Roger Williams, of Texas. The resolution proposes a state-administered, revolving loan fund for mitigation projects. The fund would be a partnership between the federal government and the states from which local governments could borrow.

Based on the successful Clean Water RLF that has funded wastewater infrastructure construction since 1987, this new revolving loan fund would create a stable source of funding for pre-disaster mitigation projects. It would allow cities such as Brookhaven to invest more before disasters to drastically reduce the spending after.

Mitigation isn’t cheap. It often means expensive, long-term projects or assistance to individuals and businesses. But, in the end, these investments make financial sense. A recent study by the National Institute of Building Sciences found that every dollar invested in flood mitigation saves six.

Earlier this year, with hurricane season in full swing but before Florence and Michael hit, Congress extended the National Flood Insurance Program for the seventh time in less than a year on the eve of its expiration. No reforms were made even though the need to modernize the program is clearer than ever. Ultimately, it is taxpayers who pay the tab for disaster relief and every year the amount continues to grow.

In Brookhaven, there are several areas that flood repeatedly after heavy rains. We have taken a proactive approach to minimize the damage through grants administered by the GEFA, such as the Ashford Forest Preserve purchase. But we could do more. If additional funding were available, there are dozens of projects we could pursue, such as retention ponds, buy-outs and watershed improvements. These projects would spare our citizens the financial and emotional pain that comes with flooding and would also be a boon for property values. 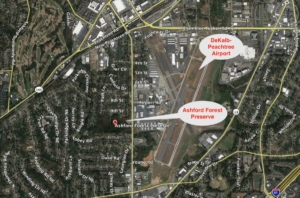 Brookhaven purchased land once intended for use by DeKalb County’s airport and converted it to Ashford Forest Preserve, a greenspace that serves as a site for stormwater mitigation. Credit: Google Earth, David Pendered

It makes sense for the federal government to put decision-making back in the hands of the people who know what they need best: the communities themselves. Before this latest extension of NFIP ends in late November, I hope Georgia’s congressional delegation, and all of Congress, will reform this critical program and include common sense, money-saving programs for local governments such as the revolving loan fund. Cities across Georgia and across the United States want the tools that will allow them to take advantage of the savings created by investing in flood ready infrastructure. We can stop the costly cycle of damage, rebuild, and repeat. But we can’t do it alone.

Note to readers: Brookhaven was officially incorporated in December 2012 as DeKalb County’s 11th city. It is home to more than 14 parks, the Atlanta Hawk’s Training facility, Oglethorpe University and major employers including AT&T Mobility, Sysnet and The Weather Co.