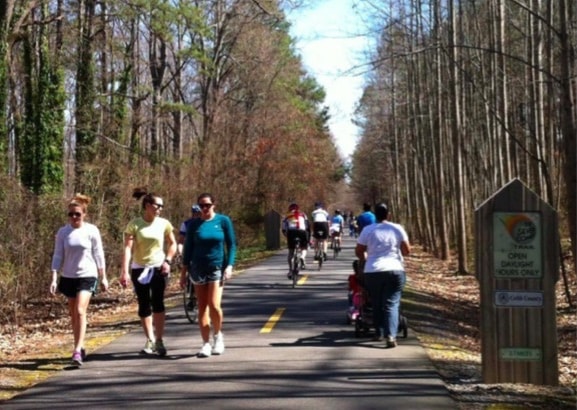 For nearly 25 years, multi-use trails have been developed all over the region – primarily by the PATH Foundation.

Now the board of the Atlanta Regional Commission has unanimously passed a new regional bicycle and pedestrian plan with a goal of linking and connecting all those paths into one integrated system.

“We wanted to ask what can the Atlanta Regional Commission do to get more people walking and riding their bikes,” said Byron Rushing, ARC’s bicycle and pedestrian planner. “We wanted to create regional connectivity with trails.”

Rushing said the goal also is to encourage more walk-friendly and bike-friendly communities throughout the region. The plan takes a balanced approach – proposing a regionally-connected trail system as well as bike paths and sidewalks in town centers. 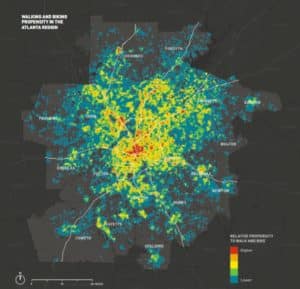 Rushing credited Ed McBrayer, the founding executive director of the PATH Foundation, for having the vision for a regional plan. PATH is trail developer – a public-private that has worked all over the region.

“We have wanted to build on what the PATH Foundation has done,” Rushing said. “This is the first time we have had all the elected officials on our board vote unanimously that they want to have a regional trail system. It gives more legitimacy to the idea.”

Two ARC board members have been pushing the organization to adopt a regional plan – attorney Tread Davis and Roswell Mayor Jere Wood. Rushing described Davis as being a “champion from the beginning” for a regional bicycle and pedestrian plan.

“It’s a major step forward for the region,” Davis said in a voicemail. “It will make a wonderful difference in our region to have the trails connected.”

Rushing said the ARC doesn’t actually build the trails, but it can work with local communities and organization to help package funding for the bike-and-ped projects. The plan envisions the Atlanta region having an integrated network within the next decade.

“We wanted to build as strategic a plan as possible,” Rushing said. “Let’s look at want we can do in five years and what will take 10 years.”

For Rushing, the critical question is: “How can we encourage more opportunities for people to bike and walk?” 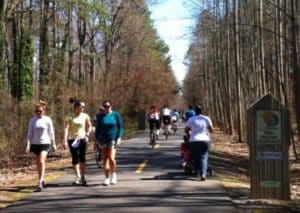 The long-range transportation plan calls for the region spending a total of $85 billion on all modes with $1 billion being spent on bicycle and pedestrian projects. He said they are still trying to figure out how much it will cost to build out the regional bike-ped plan. But he said $1 billion was a “good estimate”

What about communities that have resisted the building of new bike lanes or trails?

“There are so many good designs occurring now at the national level for bicycle lanes. Design considerations are improving,” Rushing said. “We want to get past the knee-jerk response that can happen when someone mentions bike lanes. One of the things I’m most excited about was the unanimous approval. We are just looking for opportunities for success.

The ARC is planning to work with city and county governments to help provide tool-kits on how to create model walk-friendly, bike-friendly communities.

“Mayors are the focal point for all these quality-of-life issues,” Rushing said. “The trail map shows broad corridors (connecting existing trails). Our next project will be to meet with local planners and to have them begin looking at those corridors. It’s all about consensus building.”

The region has come a long way in embracing the concept of a connected bicycle-pedestrian trail network.

Other metro areas have found trails to be a great way to knit a region together. Let’s hope that also bodes true for the Atlanta region.