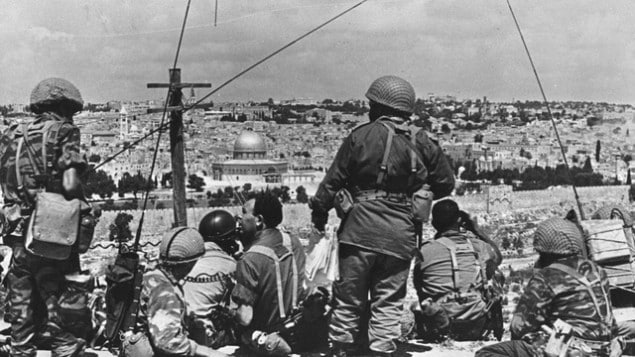 (The Times of Israel)

This week, DAVE SCHECHTER, a freelance writer who previously worked more than 28 years for CNN, shares a few of Atlanta’s connections to Israel’s Six-Day War, which occurred 50 years ago this June. 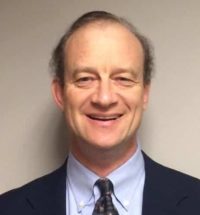 Fifty years ago, Atlanta’s Jewish community was on edge.

Within hours of declaring its independence on May 14, 1948, Israel had been attacked by a coalition of Arab armies.

The armistice agreements that brought to an end 10 months of war were followed by years of crises (notably in 1956, when Egypt’s nationalization of the Suez Canal prompted a military response by Israel, supported by Britain and France), bellicose rhetoric threatening Israel’s destruction, small-scale guerrilla incursions into Israel, and larger clashes involving ground and air units.

As the 1967 calendar turned from May to June, the prospect of Israel again going to war with its Arab neighbors grew more likely, especially after Egypt ordered United Nations peacekeepers out of the Sinai peninsula in mid-May (and moved in significant numbers of Egyptian troops) and then closed the Straits of Tiran to Israeli shipping.

The situation was dire enough that, on the weekend of June 3-4, the United Jewish Appeal summoned leaders from around the country — including from Atlanta — to New York and created an Israel Emergency Fund.

On the morning of Monday, June 5, Israel launched a preemptive strike against Egypt (destroying most of its air force) and when subsequently attacked, also struck back against Jordan and Syria.

In six days in June 1967, the landscape of Israel and the Middle East was altered in ways that continue to make headlines five decades later.

Israel gained control of the Sinai and the Gaza Strip, the Golan Heights, the territory extending from the West Bank of the Jordan River and the eastern sector of Jerusalem. The latter included the Old City of Jerusalem and, within that, the Western Wall, a remnant of the Second Temple destroyed by the Romans in 70 CE, regarded by Jews as a holy site.

The psychic landscape between American Jews and Israel also changed.

Shai Robkin of Atlanta was 15 years old when the war began. “There had not been anything that created such enthusiasm and a great feeling of pride and joy in the state of Israel until 1967,” he recently told the Atlanta Jewish Times (link below to an article written by this author).

When Israel went to war, Atlanta’s Jewish community, then numbering about 16,000 (compared with perhaps 130,000 today), mobilized in support. 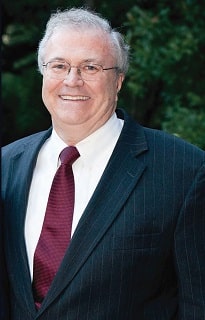 On June 6, some 200 prominent members of the community attended an invitation-only meeting, at which $1.32 million was raised for the Israel Emergency Fund. At a rally two nights later at Ahavath Achim Synagogue, another $200,000 was raised. By mid-July, the total exceeded $1.56 million (equivalent today to approximately $11 million).

Readers of The Southern Israelite (now the Atlanta Jewish Times) followed the adventures of editor and publisher Adolph Rosenberg (1911-77). “Middle-age is a bit late to become an active war correspondent. But I did. I am a bit too old to skip through the streets of Jerusalem dodging bullets. But I had to. The mid-fifties is a time for comfort and not for spending a night in a shelter to escape falling bombs. But it was necessary,” Rosenberg explained.

“I was marooned in Jerusalem the day the war broke out. The Jewish newspaper convention I had come to Israel to preside over was finished. All the delegates except myself had gone home. I wanted to leave behind a pint of blood as a gesture of solidarity although I prayed it would never be needed,” he wrote.

A native of Macon, Georgia, Johnson later served as Special Assistant to President Lyndon Johnson (not a relation). His notable resume also includes having been president of CNN from 1990 to 2001.

In the early hours of June 5, 1967, the 25-year-old Johnson and his wife, Edwina, were asleep in their Alexandria, Virginia, apartment. He recounted the events of that night in an email.

“As night press officer duty officer, the White House operator put Helen Thomas [a White House correspondent for United Press International] through to me on our home phone – not on the Signal Corps line that [White House Press Secretary] Bill Moyers had installed. . . .

“Helen said, and this is close to exact: ‘Tom, our UPI bureaus in [Tel Aviv and Cairo] say that war has broken out between Israel and other countries.’

“I picked up the White House phone and asked for the Situation Room. The duty officer said, ‘Mr. Johnson, we have nothing on that,’ but almost immediately he said, ‘Hold it, we are receiving FLASH traffic right now. I need to awaken the President.’

A government car brought Johnson to the White House.

“I do recall that the U.S. military took our alerts up to the second highest DEFCON [defense readiness condition] and that our Sixth Fleet and the Soviet fleet in the Mediterranean were actually headed toward each other before the hotline was used. . . . I took notes on the hotline exchange between LBJ and the Soviet leader.

“I also recall that the Israelis ‘accidentally’ strafed the hell out of our USS Liberty spy ship that was very close to shore and monitoring intelligence activities,” Johnson said.

The Liberty, a “technical research” ship, was in international waters north of El Arish, Egypt, on June 8 when attacks by Israeli fighter jets, and then torpedo boats, killed 34 crew members and wounded 171. The weather was clear and the Liberty’s crew said the vessel flew an American flag (until it was downed in the air attack). 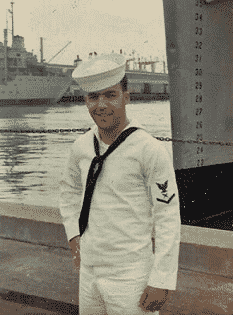 Israel apologized for what it termed a case of mistaken identity, an explanation accepted by President Johnson and affirmed (but not without controversy) by inquiries in both countries.

Maurice “Moe” Shafer, who lives in Marietta, rejects that conclusion.

“This was a malicious deliberate attack on the USS Liberty, with the intent to make us think we were under attack by the Arabs,” Shafer, who is finance director of the USS Liberty Veterans Association, said in an email interview. “It almost worked, but we got one message out that we were under attack, and one back that help was on the way. Israel’s radar picked up the planes coming and got caught, so they called Lyndon Johnson and said they had made a terrible mistake. I was in the room where the torpedo hit, and 25 of the 35 of us were killed instantly.”

Shafer contends that the attack on the Liberty is “still the largest cover-up in the history of our government.”

The attack on the Liberty remains a controversial footnote to a war whose aftermath — particularly relations between Israel and the Palestinian Arabs living in the West Bank and Gaza Strip —engenders no small amount of debate, including within the Atlanta Jewish community, as evident in the article “Conflicting Views of 1967 War Mark Anniversary” published in May by the Atlanta Jewish Times.

Dave Schechter is a former CNN senior national editor who now writes freelance. His work has been recognized by the American Jewish Press Association and the Religion News Association.

Previous Article
The complicated question of how many of us there are
Next Article
Mark Pendergrast asks: Is Atlanta on the verge of greatness or mediocrity