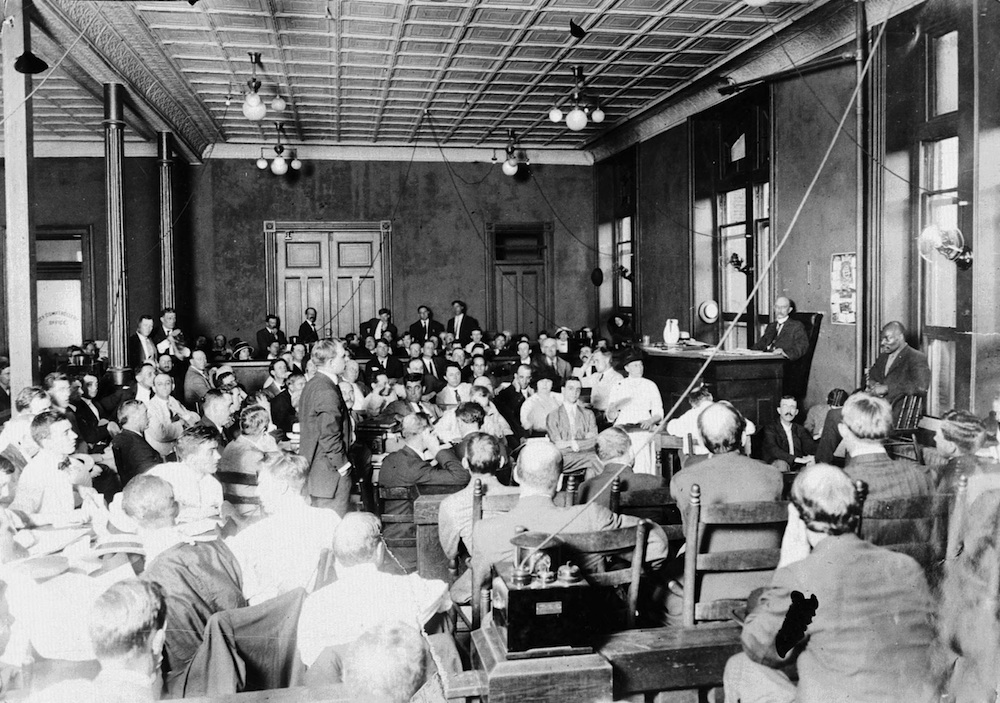 This week guest contributor Dave Schechter, a veteran journalist, tells the story of the Leo Frank case on the centennial of Leo Frank’s lynching. 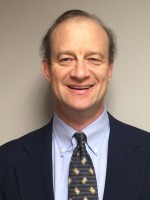 It has been said that an Atlanta busy in the present and building for the future sometimes leaves behind its past.

August 17 is the centennial of an ignominious piece of history, the hanging of Leo Max Frank in a Marietta woods — if not the only, then at least the best-known lynching of a Jew in the United States. [Though commonly associated with hanging, lynching is any extra-judicial killing by an organized group. Frank often is referred to as the only Jew lynched in the U.S., but research suggests that there were others.]

Nothing marks the site along a forgettable (other than the “Big Chicken”) stretch of Roswell Road near Frey’s Gin Road where vigilantes hanged Frank after kidnapping him from the state prison in Milledgeville. They called themselves the Knights of Mary Phagan, memorializing the 13-year-old girl killed April 26, 1913, on Confederate Memorial Day, at the National Pencil Factory in Atlanta, where Frank was the superintendent. Frank’s body was left hanging for hours as crowds gathered. Photographs were turned into postcards. Purported pieces of rope were sold around Atlanta. The lynching was organized by prominent citizens of Marietta and Cobb County, whose descendants include prominent citizens of Marietta and Cobb County. No one was prosecuted for Frank’s murder. 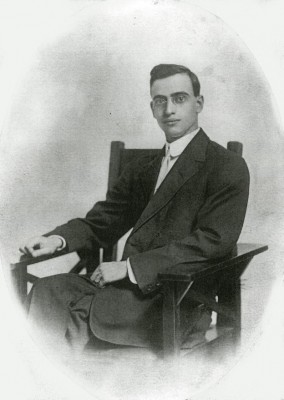 Frank, a New Yorker, was married to Lucille Selig of Atlanta. Phagan was a southern girl whose small wage helped support her family. Frank’s trial took place in an atmosphere inflamed by sensationalist newspaper coverage. He was convicted on August 25, 1913, and sentenced to death. His appeals, including one to the Supreme Court of the United States, were denied.

Doubts about his guilt remained, including in the minds of the trial judge, Leonard Strickland Roan, and attorney William Smith, who came to believe the crime was committed by his client, Jim Conley, the African American factory worker whose questionable testimony helped convict Frank and who was sentenced to a year in prison as an accomplice.

On June 21, 1915, just days before his term ended (and the day before Frank’s scheduled execution), Governor John Marshall Slaton commuted Frank’s sentence to life imprisonment. “I can endure misconstruction, abuse and condemnation, but I cannot stand the constant companionship of an accusing conscience, which would remind me in every thought that I, as a Governor of Georgia, failed to do what I thought to be right,” Slaton wrote.

The firestorm that followed ended Slaton’s political career. His courage was remembered in June with the unveiling of a plaque on the grounds of the Atlanta History Center.

The populist politician and publisher Thomas Watson used his Watson’s Jeffersonian Magazine to protest the commutation, attacking Frank as both a Jew and a northerner.

Reuben Arnold, one of Frank’s attorneys, termed his client’s trial the greatest injustice done to a Jew since Christ.

Yet Slaton denied that anti-Semitism was a factor in the trial. “The charge against the State of Georgia of racial prejudice is unfair. A conspicuous Jewish family in Georgia is descended from one of the original colonial families of the State. Jews have been presidents of our Boards of Education, principals of our schools, Mayors of our cities, and conspicuous in all our commercial enterprises,” he wrote.

Ironically, the case spurred both the nascent Anti-Defamation League and a rebirth of the Ku Klux Klan (after the Knights of Mary Phagan burned a cross atop Stone Mountain on Thanksgiving Day 1915).

In 1983, after an elderly man came forward to say that he was threatened by Conley to remain silent after seeing him carrying Phagan’s body in the factory, the Georgia Board of Pardons and Paroles rejected an appeal, saying that Frank’s innocence could not be established without doubt.

On March 11, 1986, the board pardoned Frank, based instead on “the state’s failure to protect the person of Leo M. Frank and thereby preserve his opportunity for continued legal appeal of his conviction, and in recognition of the state’s failure to bring his killers to justice, and as an effort to heal old wounds.” 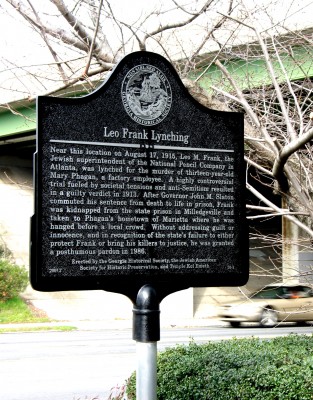 Historical marker on the site of Leo Frank’s lynching.

The Jewish community turned inward for years after the case. The public support shown after the 1958 bombing of The Temple is credited with easing its reemergence. The community has grown from about 4,500 at the time of the Leo Frank case to a current estimate of 120,000.

An Atlanta busy building its future owes this uncomfortable piece of its past proper recognition at the site and consideration of whether, a century later, Frank is due a posthumous exoneration.

Dave Schechter is a veteran journalist who worked nearly 28 years for CNN, beginning in Jerusalem before moving on to the national news desk, and is currently a freelance writer. A northern transplant who now prefers his tea southern style, Dave and his wife, Audrey Galex, have a daughter and two sons, all born here.