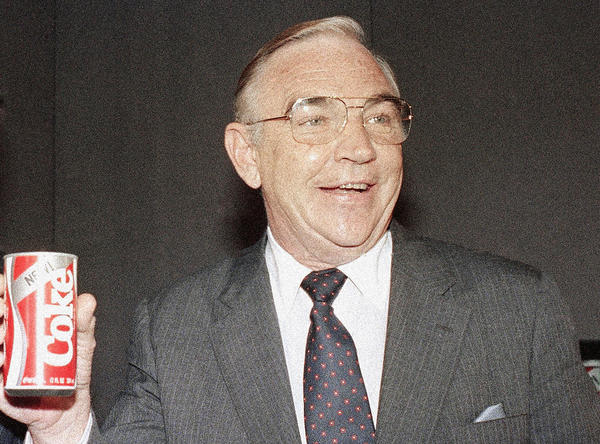 They just don’t make them like they used to.

Why? For many, Keough was the human face of the Coca-Cola Co. – the gate keeper of the formula. No, not the actual recipe, but the subliminal messaging Coke brought to the world: a smile, happiness and world peace. These were all carefully orchestrated images and feelings that Keough – a marketing genius – understood.

And he sprinkled that fairy dust everywhere. We don’t sell Coke, Keough once told me. We sell magic.

Keough’s career also was magical. One of my favorite stories happened 35 years ago when he and Roberto Goizueta were among several executives vying to become CEO of the company. On Valentine’s Day, 1980 at a Manhattan restaurant, Keough told Goizueta: “Nobody knows how this is going to work out. The two of us are quite compatible, and we have different skills. So let’s sleep at night. Whoever comes out on top, let’s put the other one to work immediately.”

Goizueta became CEO, and Keough his president – and the two had one of the most successful executive partnerships in American business.

Even Keough’s biggest mistake, introducing the New Coke, turned into a success by re-igniting a deep devotion to the classic Coca-Cola brand.

While Goizueta was reserved and private, Keough was effusive and public. The unique executive partnership ended when Keough retired in 1993. But his influence at the company was felt until his death.

Keough – always counter-intuitive – wrote a book: “The 10 Commandments for Business Failure.” They included: “Be Inflexible. Isolate Yourself. Don’t Take Time to Think.”

For Keough those also applied to life. And he embraced life – with a Coke and a smile.