Remembering Henry Aaron on the Anniversary of His 715th Homer 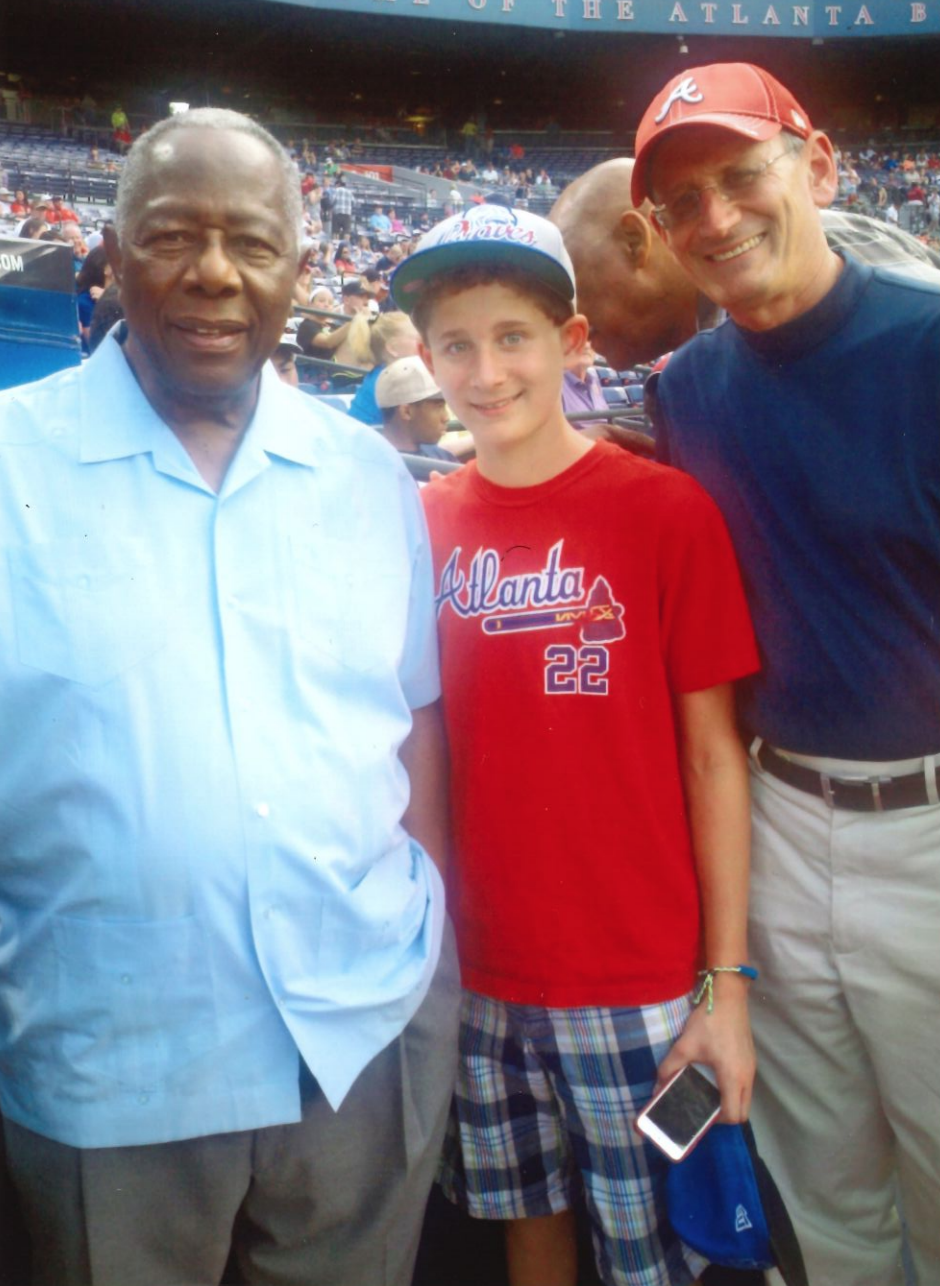 The news of Henry Aaron’s passing in January hit me like a hard foul ball into the stands along the first base line. Like so many boomers of the 50’s and 60’s living in the South, I grew up listening to the Braves on the radio. Back then, the “Hammer” was the first superstar to come onto the Southern sports scene. The Braves were not particularly good or consistent in that era, so “Hank” coming to the plate provided most of the excitement of any game. He was so much more than just a great home run hitter. He could do it all. Consistently, he would make the ball pop off his bat in straight line drives to all parts of the field.

So, in the Fall of 1973 when I entered Emory as freshman, little did I know that the following spring would offer me the historic chance of witnessing 715. Yes, I know a lot of people say they were there that night at the old Stadium, but I really was. As a first-year fraternity brother, I was required to sell beer at Braves game as part of a chapter fundraiser. Fortunately for me, the drinking age was 18 back then (side note – I’m pretty sure we drank more than we sold!) I’ll never forget what it was like to be part of such an historic sports moment, nor will I forget how cold and windy it was that night. The stadium emptied out immediately after that home run, which greatly impacted beer sales and my fundraising efforts. But I was definitely in the right place at the right time on April 8, happened to be in the right place at the right time on April 8, 1974. I remember leaving the Stadium and thinking that I had seen something that may not ever be seen again.

Flash forward to middle age adulthood and my desire to purchase a Mini Cooper.  A friend of mine advised me that Hank had a BMW franchise in Union City and if I was in the market for one, that I might as well buy it there because I may get a glimpse of you know who. I did better than that, I was able to get a photo taken (this was before cell phones, so the salesperson had to take it and send a copy to me). As we shook hands and lined up for the picture, I recall saying something stupid like, ”Hank, do you remember how cold it was April 8th, 1974? You know I was there with you that night?” He gave me one of those looks like ”yeah, sure thing, you know how many people have told me that”?!

My last personal encounter with the Hall of Famer came years later when I wandered down with my son Nathaniel to the VIP box once again in the old stadium (you know, where Ted and Jane used to sit) and there was Hank, again just waiting for the game to begin. Then came another Forest Gump moment for me and my young son to capture in a memorable picture.  I remember having to stop myself from clamoring, “Hey Hank, remember me? I bought a Mini-Cooper from you a few years back.”

Since Henry Aaron’s passing, many have written about his records as a ballplayer, his rightful place as an icon in American and Atlanta history, and his courage and determination in the face of all kinds of obstacles. For me, he was all of that but even more importantly, he was my authentic, lifelong hero, whose humble nature, and larger than life achievements continue to inspire a young boy from the hills of East Tennessee.

This viewpoint originally appeared in the April 9 edition of the Atlanta Business Chronicle.