During last week’s memorial service in honor of Harry West, my mind kept wandering back to another time when he was executive director of the Atlanta Regional Commission.

It was 1998, and the Atlanta business community – through its Metro Atlanta Transportation Initiative – was recommending a new state agency to help come up with ways to solve the region’s congestion and transportation problems.

West was that lone voice crying in the wilderness. Let’s not create yet another agency. Let’s fix the ones we have.

That message has stuck with over and over again. For whatever reason, our region and our state seems to favor establishing new agencies or new governments rather than fixing the ones we have. 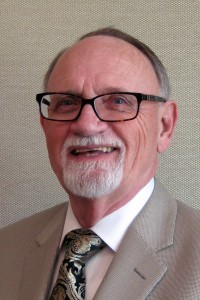 As a result, we have a hard time getting anything done. It’s hard to groom leaders to develop regional, influential voices when individual pieces of the pie keep getting smaller and the scope of their power becomes more and more muddled.

Rewinding the tape back to 1998, it was almost as if Harry West could see the future. The MATI group recommended the establishment of the Georgia Regional Transportation Authority, an idea embraced by newly-elected Gov. Roy Barnes.

GRTA was given sweeping powers with every single board member appointed by the governor. That was fine for when Barnes was in office and wanted control over metro Atlanta’s transportation future.

But Barnes was not re-elected, and his successor, Gov. Sonny Perdue, did not have the same vision for GRTA, and the agency has limped along with the other transportation agencies in the state and region – the Georgia Department of Transportation, the State Road & Tollway Authority, the Atlanta Regional Commission, the Georgia Rail Passenger Authority, MARTA and several other transit systems in individual counties.

So trying to “fix” our transportation problem today has become even more complex by having yet another agency (bureaucracy) to feed. And governing becomes further complicated when we add a multitude of new cities within our midst – dissecting our regional pie into even smaller pieces.

So after his service, I decided to find some of words of wisdom from Harry West when the region had the choice to create a new transportation agency or to fix the ones we had.

Here are excerpts from a story – in a Q&A format – conducted between reporter David Goldberg and Harry West in the Atlanta Journal & Constitution, published on Dec. 7, 1998.

Q: What about strengthening the ARC to implement transportation plans that you said haven’t been implemented in the past?

A: Well, do we need to be empowered to do something that MARTA and GDOT and the Georgia Rail Passenger Authority already have the power to do?

Q: You don’t think that we need someone to be in charge of it all, or if not in charge, accountable for dealing with air quality or transportation problems?

A: What I fear even more than that is the creation of new agencies that will further extend the silo mentality. We’ve already got (it) where EPA talks to EPD and U.S. DOT talks to Georgia DOT. If you create a separate air quality district or transportation authority, you just increase the fragmentation. … We’re beginning to see some of the consequences of not working together. We’d rather point fingers and blame somebody else. But hopefully before the pain gets here we’re going to work together and solve some of these problems. We ought to be mature enough to do it without having to be made to.

Seven months after that interview, West announced that he would be retiring as ARC’s executive director after 27 years with the regional planning agency. He passed away on Monday, July 14 along with his wisdom.

It does make me wonder if the reason we are not cultivating the kind of big thinkers and visionary leaders like we used to is because we have made smaller and smaller silos, created more and more cities making all our leaders more parochial as a result.

It makes me wonder about all the cities that wanted to free themselves from the troubles of Fulton County so they could determine their own destiny. But what if they had taken the Harry West approach. Let’s just fix the government we have.

It’s a lesson that we can apply over and over again, at every level of our lives.

We don’t need to be a region that builds the latest and newest model to solve our toughest problems. We can be a region that repairs, recycles and reconnects the agencies, the governments and the leaders we already have.

Thank you Harry West for telling us then to “just fix it.”

We should have listened to you.

Note to readers: For those of you who want more of Harry West’s wisdom, here is a link to an interview conducted by Dan Reuter of the ARC in 2008  as part of the Georgia Planning Association’s History of GPA video series.