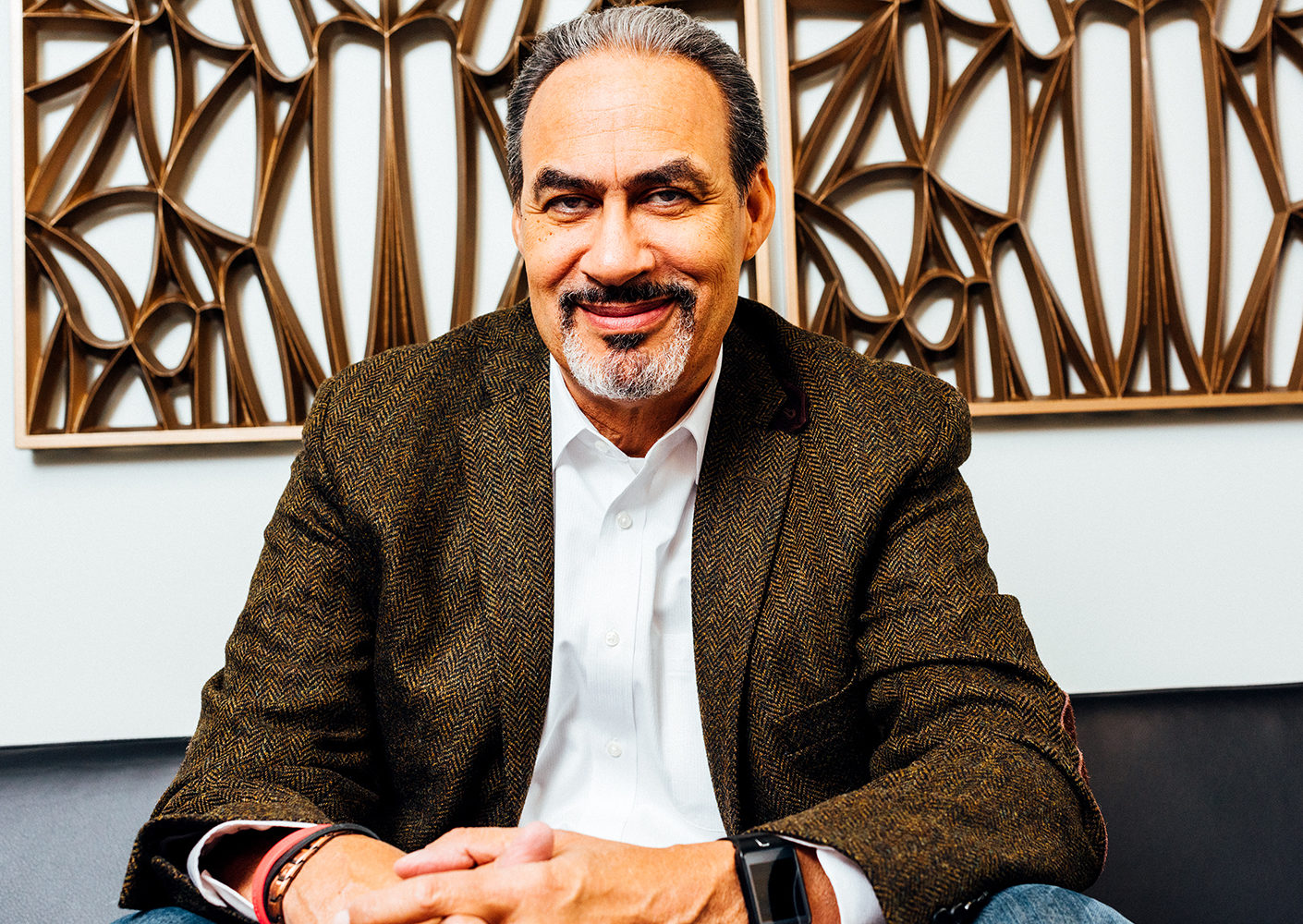 Atlanta leaders expressed sadness over the death on July 9 of North Carolina architect Philip Freelon – who designed the National Center for Civil and Human Rights.

Freelon, 66, was one of the most admired architects in the country, and he was considered the most significant African-American architect of cultural attractions. 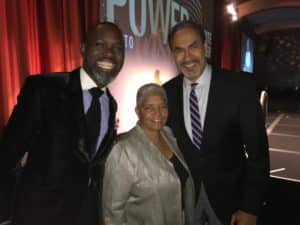 At the 2017 Power to Inspire awards dinner: Then-CEO Derreck Kayongo with Shirley Franklin and Phil Freelon (Photo by Maria Saporta)

He designed the ground-breaking National Museum of African American History and Culture in Washington, D.C. as well as Museum of the African Diaspora in San Francisco, California; the Mississippi Civil Rights Museum in Jackson, Mississippi; and Historic Emancipation Park in Houston, Texas. He also designed the forthcoming Motown Museum in Detroit, Michigan.

“Phil was a joy to work with,” said former Atlanta Mayor Shirley Franklin, who chairs the board of the Center for Civil and Human Rights. “He had big ideas, and he was so patient with us. He really helped guide us through the design.”

The Center honored Freelon at its Power to Inspire gala in 2017 – using the opportunity to thank him for his design of the Atlanta attraction. At the time, Freelon had been diagnosed with ALS – more commonly known as Lou Gehrig’s disease.

“I’m thrilled that we honored him and that he knew how special he was to us,” Franklin said. The relationship with Freelon continued, and Freelon was helping the Center think through its options to expand the attraction. “It’s just a real loss.”

Doug Shipman, the founding CEO of the Center for Civil and Human Rights who is now president and CEO of the Woodruff Arts Center, remembered when Freelon first made a presentation during the design competition for the building. 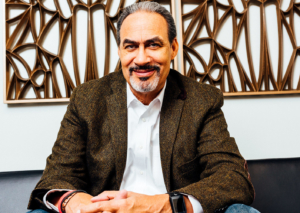 “From the very beginning he was so clear that he wanted the building to not only be iconic but to tell a story and touch people,” Shipman said. “We had to redesign it three times.”

A.J. Robinson, president of Central Atlanta Progress who was instrumental in launching the Center and continues to serve on its board, wrote in an email that Freelon “was a creative genius who chose to concentrate on mission-driven projects that tell incredibly meaningful stories. He will be sorely missed but his buildings live on as important legacies.”

Even Congressman John Lewis (D-Georgia) issued a statement Wednesday upon learning of Freelon’s death. “Phil Freelon was an artist, an architect, and a griot who immortalized our culture in steel, glass, and stone,” Lewis stated. The entire statement is included below. 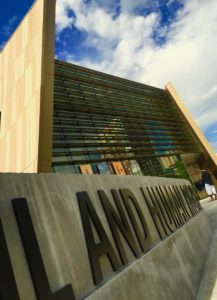 Freelon had another important connection to Atlanta. In 2013, he joined forces with the Atlanta-based architectural firm – Perkins & Will. Freelon was the design director of Perkins & Will’s North Carolina practice and served on the firm’s board of directors until this past January when he had to resign because his illness had progressed.

“Phil called me a couple of weeks ago to say goodbye,” said Phil Harrison, CEO of Perkins & Will, who said his death still came as a shock. “We had a strong personal connection. We understood each other extremely well. We could have the shortest meetings when we would make big decisions. He was a calm person focused on doing the right thing.”

Harrison said Perkins & Will wanted to build its practice in North Carolina, and the firm approached Freelon because he was the greatest architect in the state.

“You don’t replace someone like Phil Freelon,” Harrison said. “But he had built a strong practice in North Carolina.” 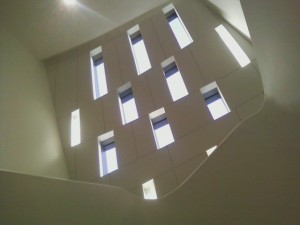 Harrison also led the effort to establish a scholarship for minority architects at Harvard University in Freelon’s name.

Shipman will remember Freelon as “a great storyteller” who would call and check in on a regular basis years after the Center had opened.

“He wasn’t just an artist or a technical architect, he was a wonderful guy,” Shipman said. “That came through in his designs.”

Here is the complete statement from U.S. Rep. John Lewis:

It is with great sadness that I learned today of the passing of Philip Freelon, the architect who was the principal designer of the National Museum of African American History and Culture on the National Mall in Washington, DC.  Freelon’s own life was steeped in a love and appreciation for the rich traditions of African American culture, and his work was always an attempt to celebrate the contribution of our people to American society.

As the son of Allan Freelon, a Harlem Renaissance painter, Phil Freelon viewed architecture as a form of art and design as the way to deliver his aesthetic vision.  The cultural traditions of the black community were a part of his own soul, and he became one of the few designers of choice who we trusted to tell the African American story in bricks and mortar.

We called upon him to design the National Civil and Human Rights Center in Atlanta and Emancipation Park in Houston.  He designed the International Civil Rights Center and Museum in Greensboro, built at the site of the Woolworth’s sit-in which sparked the student movements of the 1960s.  He was also a principal designer of the Durham Bulls Athletic Park, the Durham Transportation Station, and the biomanufacturing research institute at North Carolina Central University, as well as many other projects.

For our community to lose someone with Phil Freelon’s experience, perspective, and know-how leaves a void that cannot be easily filled.  I will always be deeply grateful for the creative and original vision he invested in the National Museum of African American History and Culture.  He was not afraid to be bold, to be original and to root the design concept in the African American tradition.   As one of the most successful and popular Smithsonian Institution museums, the NMAAHC is a monument to the creative genius of our community and the depth of our contribution to American society.  Phil Freelon was an artist, an architect, and a griot who immortalized our culture in steel, glass, and stone.

We are more than lucky but very blessed that his legacy will remain long after the sadness of his passing and will stand as a testament to a man and a people who gave all they had for the cause of justice, beauty, and freedom.  My thoughts and prayers are with his wife, Nnenna, and their families. 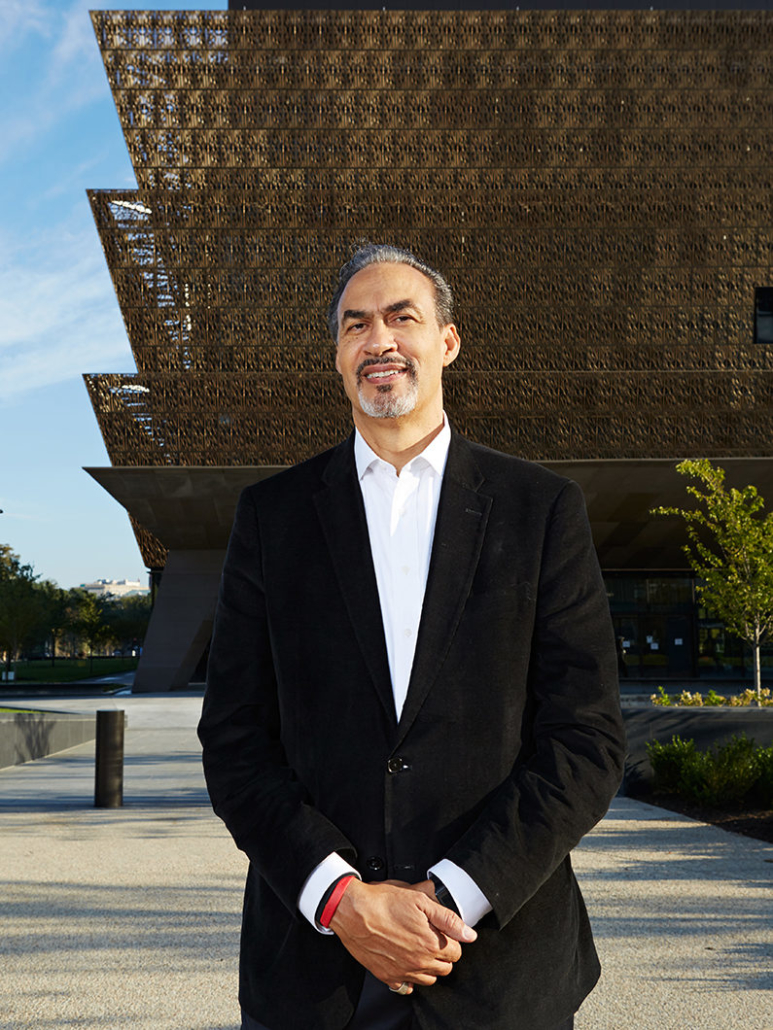 Phil Freelon in front of the National Museum of African American History and Culture in Washington, D.C. (Photo by Noah Willman)

The last of a legacy