A bird's-eye view of the city. (Photo by Michael Denning, Unsplash)

On Oct. 22, 2001, folk artist Howard Finster died. Finster is one of the South’s most revered self-taught artists, known for finding religion and artistry in everyday objects.

One of his most famous works is Paradise Gardens, an oasis in Summerville, Ga., filled with Finster’s eccentric work. He also has a permanent exhibit in the High Museum of Art. By the time of his passing, he had created over 46,000 pieces of art, according to Today in Georgia History.

On to other news from the city and metro area: 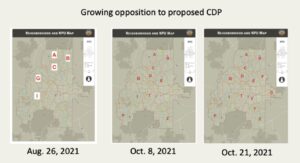 Atlanta’s proposed long-term development plan is officially opposed by 14 of the city’s 25 neighborhood planning units, which have signed a letter in advance of the scheduled Oct. 25 public hearing on the proposal.

In the past two weeks, four additional NPUs have signed a letter of opposition to the proposed Comprehensive Development Plan. The list of NPU signatories has grown from five as of Aug. 26, to 10 on Oct. 8, to 14 as of Thursday afternoon.

Concerns started with proposals to allow homeowners to subdivide their lots to accommodate another dwelling, in order to enable more people to live in existing neighborhoods. From there issues grew to include the City Planning department’s decision to specifically exclude ideas included in the city’s adopted “Atlanta City Design..

The Oct. 25 public hearing is to begin at 6 p.m. Public comments are to be accepted by phone message Oct. 24 from 4 p.m. to 7 p.m. The public hearing is a legally required event to gather public comment. The sponsor is the Atlanta City Council’s Community Development/Human Services Committee. Click here for details. 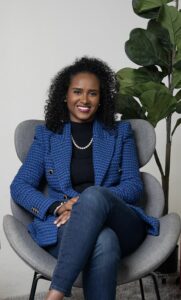 Long resigned from her position on ACC’s board to accept the new role, and she previously wrote an opinion column for SaportaReport.

Long has worked extensively with civic and government organizations in the city and has led communications on transit referendums within the metro area, helping bring MARTA back to Clayton County and advocating for expansion into Gwinnett County.

“I am excited for this incredible opportunity to elevate a new form of journalism in Atlanta,” she said in a press release. “In my more than 15 years in the city, I have seen the media landscape change drastically as established print outlets have shuttered and new outlets have come online. The Atlanta Civic Circle will sit at the intersection of civic literacy, civic journalism, and civic engagement.”

ACC provides civic, solutions-based reporting that focuses on democracy and housing affordability in Atlanta and the metro area.

Mayoral candidate’s CPA credential is from another state

An Atlanta mayoral candidate’s status as a certified public accountant is based on an out-of-state license that probably doesn’t matter in campaigning but could make his business run afoul of Georgia regulations.

Candidate Richard N. Wright isn’t leading in the polls, but he has distinguished himself among the lesser-knowns in debates by touting his CPA status as a plus for transparency and analysis. He runs a firm called Accounting Done Wright, whose Facebook page calls it “a CPA firm that specializes in helping small to medium-sized businesses reach their finance goal.”

But it turns out Wright’s CPA license is from Tennessee, and he lacks similar licensure in Georgia. Questioned by SaportaReport about his CPA status after referring to it in a recent debate, Wright said he chose Tennessee licensure because it required less work experience than Georgia’s standard. “I haven’t applied for a GA CPA license because I haven’t need[ed] it,” Wright said in an email, saying state licensure “only matters” when a CPA signs off on an audit of a public company based in that state.

The Georgia State Board of Accountancy (GSBA), which regulates CPA licensure, says that’s not so. “If you are living in GA, you are required to be actively licensed in GA in order to hold yourself out as a CPA and use the designation,” said GSBA Executive Director Paul Ziga in an email. “If you are actively licensed in another state, you can only refer to that in biographical information.”

The GSBA can issue a cease-and-desist order against an accountant who uses the CPA designation without Georgia licensure, Ziga said.

Informed of the GSBA’s opinion, Wright said he would check with the state about his firm. 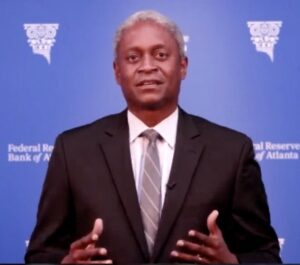 Looking for work? Atlanta Fed has a toolkit for that

Job seekers have access to an online toolkit from the Atlanta Fed and partners to help identify the types of jobs and skills required to get work in regions all across the country – including metro Atlanta and Georgia.

Marriage counseling is near the bottom of job openings in metro Atlanta. Laborers are in high demand. Nursing has jobs available.

Atlanta Fed President Raphael Bostic highlighted the site in his remarks Tuesday virtual event sponsored by a website that covers the Capitol, thehill.com: “Back to Work: Helping the Long-Term Unemployed.”

“If you live in Des Moines, Iowa, you can go to the tool and we’ll tell you where there are vacancies and the skills needed,” Bostic said.

Click here to visit the site operated by the Rework America Alliance, which includes the Atlanta Fed.

The 2021 cohort of Atlanta Public School (APS) students received an 83.1 percent graduation rate, an increase of 2.8 percent from the previous year, according to the Georgia Department of Education.

Data from the Georgia Department of Education revealed that the state’s second-largest school district had a four-year graduation rating of 83.1 percent, the most significant amount reached so far.

“I am incredibly proud of the Class of 2021,” said APS Superintendent Dr. Lisa Herring. “Their success in achieving APS’s all-time high graduation rate is a testament to the focus and concerted efforts of our students, teachers, counselors, families and school leaders.”

“The APS community has fully embraced the grace to grow and the growth in our overall graduation rate is demonstrative of that commitment,” said Chief Equity and Social Justice Officer Dr. Tauheedah Baker-Jones. “These data points can inform the practices that we scale and that we leverage to address areas in need of improvement.” 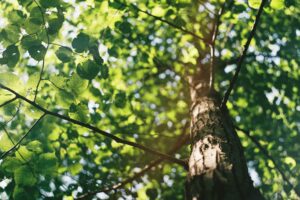 Add to your collection of leafy giants with Trees Atlanta. (Photo by
David Vig, Unsplash)

Trees Atlanta wants you chillin’ in the shade

If you’re looking to up your tree coverage, now is the time to apply to Trees Atlanta’s Front Yard Tree Program.

The organization has partnered with the City of Atlanta, Brookhaven, Decatur, Doraville, Chamblee, Sandy Springs and DeKalb County to plant a canopy tree in residents’ yards for little to no cost.

You can visit their website to find the application and information about the available trees. 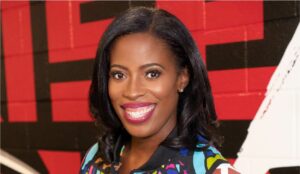 Henderson will oversee the company’s DEI Council and guide the development of diversity initiatives.

“We are extremely pleased to have someone the caliber of Latonda take on this incredibly important role for AMB Sports and Entertainment and be able to hit the ground running given her understanding of our very complex organization,” AMBSE CEO Steve Cannon said. “She is an incredible asset to our organization and is passionate about elevating the level of diversity, equity and inclusion throughout our business strategies.”

If violent crime and Buckhead cityhood weren’t tough enough issues to tackle, a coalition of condo owners is now demanding that mayoral and city council candidates figure out how to quiet the noise of Atlanta’s main drag.

The Peachtree Corridor Noise Coalition says it recently sent a letter to all of the city’s  demanding action on the cacophony caused by the overwhelming amount of vehicles, bars and construction on Peachtree Street and Peachtree Road.

“While we applaud the City’s choice to prioritize the present crisis in violent crime, all city residents continue to suffer a related plague in our homes: Noise,” the coalition said in a written statement. “Few, if any, council or mayoral candidates even acknowledge this issue.”

The coalition is calling for the creation of a “Special Noise Enforcement Team” separate from the Atlanta Police Department, which is currently tasked with noise ordinance enforcement.

The coalition’s member organizations include the Atlanta Downtown Neighborhood Association, the Buckhead Condo Alliance (BCA) and the Midtown Quality of Life Coalition (MQLC).

Mayoral candidate Rebecca King is a BCA member and, according to her campaign bio, co-chairs a joint noise committee of that group and the MQLC.

While the City has tweaked residential noise ordinances in recent years, those generally don’t apply to condo towers, which are in commercial-zoned areas where noise rules are laxer.

On Monday, the city announced that the Atlanta Police Department plans to send deteriorated DNA to a private lab in Salt Lake City, Utah, that specializes in this type of work.

In recent years, Mayor Keisha Lance Bottoms has pushed to re-examine the evidence from the Atlanta Child Murders.

“It is my sincere hope that there will be concrete answers for the families,” Bottoms said, according to the Associated Press.