A statue of Benjamin E. Mays at Morehouse College. (Photo by Kelly Jordan)

The SaportaReport team would like to take a moment to honor former Atlanta Mayor Sam Massell. He was elected as Atlanta’s 53rd mayor in 1970, becoming the first Jewish person to hold the office. He was a strong proponent for diversity within city leadership when the political landscape was white-dominated and laid the foundations that made MARTA possible. After serving as mayor, he created the Buckhead Coalition, where he served as president for 32 years. He will be missed by many. Learn more about our former mayor by combing through the Atlanta History Center’s collection of his papers.

As an expansion of its partnership with the HBCUs, the collection seeks to honor the cultures of Historically Black Colleges and Universities.

“It’s so much more than a portrayal of collegiate design sensibility. It’s about sharing a more complete and authentic portrait of American style and the American dream,” said Ralph Lauren, Executive Chairman and Chief Creative Officer of Ralph Lauren Corporation.

The full collection — including outerwear, knits, tailored suits, dresses, footwear and accessories — references styles worn by Morehouse and Spelman students from the 1920s to 1950s.

The campaign also includes the film “A Portrait of the American Dream” and a commemorative yearbook detailing the historical significance of HBCUs through the lens of Morehouse and Spelman.

The film premieres on March 28 at 7:30 p.m. on Ralph Lauren’s social media platforms, and the yearbook will be available digitally on the company’s website.

The collection globally goes on sale March 29, on the company’s website, select stores, and Morehouse and Spelman’s bookstores while supplies last. 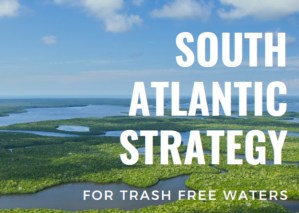 The handbook for the EPA’s South Atlantic Strategy for Trash Free Waters. (Image via epa.gov)

The EPA is launching its Trash Free Waters program along Georgia’s coast in an effort to provide local leaders with actions they can take to reduce pollution in the Atlantic Ocean.

The strategy contains more than 70 actions or concepts for projects. These measures are aligned with six goals that were developed in collaboration with stakeholders over a two-month period. Goals include the sharing of best practices to curb downstream litter, encouraging upstream communities to change behaviors, and enacting and enforcing anti-litter laws.

Park Pride recently announced $2.3 million in grants to capital improvements for neighborhood parks throughout the City of Atlanta and unincorporated DeKalb County.

The 2022 grant will fund park improvements in 24 communities, ranging from new playground equipment in Adair Park, a hillside amphitheater in West End Park and a trail upgrade to Zonolite Park.

The Grantmaking Program is largely supported by the Robert W. Woodruff Foundation, The Home Depot Foundation and the City of Atlanta. Park Pride, a nonprofit that helps communities enhance parks and green spaces, has awarded over $12.7 million to park projects over the program’s 18-year span.

“Due to increased support from our philanthropic and public partners, Park Pride’s city-wide impact is larger than what’s ever been possible,” Park Pride’s Executive Director Michael Halicki said in a press release. “With 60 percent of our total grant awards directed to low-income community parks, we’re reaching those who have the greatest need for the benefits that parks provide: safe places to play, improved mental and physical health, cleaner air and water. I couldn’t be prouder of the work we’re doing together.” 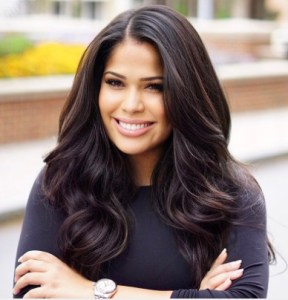 Pamela Peynado is one of Georgia State University’s 2022 40 Under 40 honorees. Her story represents the values of personal integrity and accomplishment GSU celebrates in its honoree program.

An immigrant from the Dominican Republic, Peynado has focused on immigration law over the past 15 years as the youngest and only female partner of the Lee & Peynado Immigration Law Group, according to GSU materials. Peynado has successfully represented clients including Fortune 500 companies, hospitals, cities, banks, churches, adults and children in deportation and removal proceedings across the country.

In addition, Peynado founded the non-profit entity The Love Project 404. TLP has posted more than $300,000 in bail bonds for those who couldn’t afford bail, and provided $15,000 in scholarships, and paid rent and bills for local families. 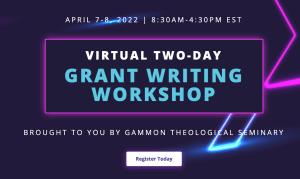 Gammon Theological Seminary, located on the campus of the Interdenominational Theological Center, is hosting a virtual grant writing workshop that is open to the public.

The workshop, happening on April 7 to 8 8:30 a.m. to 4:30 p. m. is a two-day class for beginners seeking to acquire the technical skills of creating grant-writing as well as experienced grant writers who are looking to polish their skills and receive new updates about funding trends.

Several topics will be covered, including strategic planning, mission and goals, activities and budgeting.

This class costs $199 and to register go to the school’s website. A limited number of spots are available.

Martin LaMar will join Invest Atlanta, the economic development authority for the City of Atlanta, as the agency’s senior vice president of Economic Development.

LaMar, an Atlanta native, most recently served as the chief economic development officer for the City of Pittsburgh.

“Martin brings an extensive breadth of experience in economic development which also crosses over into affordable housing, and we look forward to benefiting from his expertise to do more great work for our city,” President and CEO Eloisa Klementich said in a press release.

LaMar added, “Invest Atlanta’s role, and impact in making Atlanta significant and impactful throughout the nation and the world is obvious, and the opportunity to lead the economic development team is a privilege I hold in the highest regard. As a proud native Atlantan, I look forward to upholding the organization’s vision to make Atlanta dynamic and competitive worldwide.” 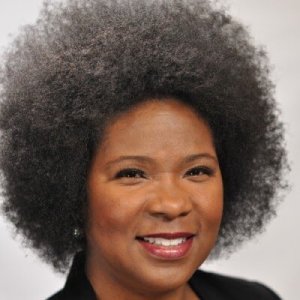 Center for Civic Innovation congratulates its new 2022 board of directors

The Center for Civic Innovation (CCI) welcomes its newly-elected 2022 board of directors and a new board chair.

Tanya Washington, a current board member and a Georgia State University law professor, has been selected as the nonprofit’s new board chair.

Washington will be joined by the following new members:

“I’m so proud of our board and how it truly reflects our mission, culture, and commitment to innovative problem solving for some of Atlanta’s most pressing inequality issues,” Founder and Executive Director Rohit Malhotra wrote in a press release.

CCI engages the public, invests in local leaders and advocates for policy change to help create a more equal city.