Reporter’s Notebook: The One in Atlanta – The Friends Experience

Atlanta has ranked #4 on the EPA’s 2021 Top Cities list, which spotlights cities with the most Energy Star certified buildings. Our city has 329 certified environmentally friendly buildings, compared to the top-ranking Los Angeles with 587. Certified buildings use an average of 35% less energy than an average building. 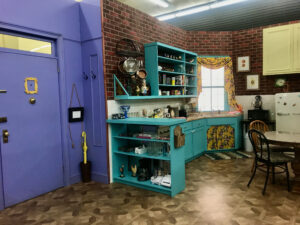 The One in Atlanta: The Friends Experience

An immersive recreation of the world of “Friends,” a beloved ‘90s sitcom, has come to Atlanta.

Could we BE any more excited?

The “Friends” universe was brought to life by Superfly X.

The first stop is a room with the instantly recognizable orange couch from the theme song, placed in front of a fountain, making the perfect photo-op for fans.

Next, you can check out how the show was created. Executive Producer Marta Kauffman said the idea for the show came from “that time in your life when your friends are your family.”

Then, you get a breakdown of each of the six main characters, including a wall of wigs showcasing Rachel’s famous hairstyles. 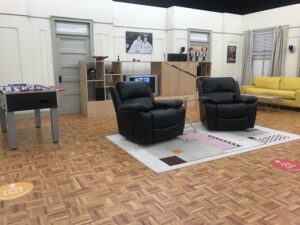 Joey and Chandler’s apartment feels just like the real thing, down to the matching recliners and shoddily-made TV stand.

Monica and Rachel’s apartment features its classic blue walls, the framed peephole and the original turkey prop that Monica wears on her head during “The One with All the Thanksgivings.”

The attention to detail is astounding and gives die-hard fans a chance to step inside a universe that Superfly X founder and CEO Jonathan Mayers likens to “comfort food.”

“Our business is making people feel good,” Mayers said. “I think this show is comfort food to people. I think there’s nostalgia. Coming out of this challenging time, in-person experiences, and coming together with people … it feels good to be here.”

The Friends Experience will be in Atlanta through Sept. 6.

Click here to secure your seat in Central Perk at The Friends Experience. 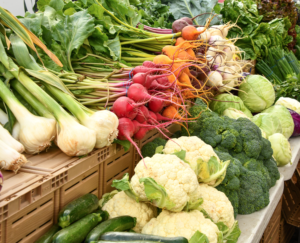 Atlanta residents have better access to fresh food on their plate

A new City of Atlanta Fresh Food Access report shows that 75% of city residents live within a half-mile of fresh food as of last year.

There’s still a ways to go to make sure every Atlantan can put healthy food on their plate. The report identifies 28 farms that, if allowed to sell food onsite, would provide fresh food access to 15% more low-income, low-access residents.

The 2020 report shows a 23 percentage-point increase since 2015 when only 52% of Atlantans lived near fresh food.

When Mayor Keisha Lance Bottoms took office, she pledged to ensure that 85% of Atlanta residents live within a half-mile of fresh groceries. The report was created to track the city’s progress.

Neighborhood markets are the biggest contributor to this success, providing the most new access to healthy food for folks deemed low-income low-access. Supercenters, like Walmart, provided the least amount of new access.

Several major Atlanta mayoral candidates will visit the northwest side for a July 21 candidate forum.

The forum, scheduled for 6-8 p.m., will be held at The Works complex but the limited in-person seating is already taken. The public can watch a live stream on the Improvement District’s Facebook page and those who register here will have a chance to submit questions for candidates.

The NCA is a neighborhood organization and the Improvement District is a group of commercial property owners that tax themselves to fund transportation, public safety and beautification projects.

The Board of Trustees for Morris Brown College granted a contract extension through June 2025 for school President Dr. Kevin James.

The Chairman of the Board of Trustees and Bishop of the sixth Episcopal District of the African Methodist Episcopal Church, Reginald Jackson, said that the Historically Black college has made tremendous progress within the past two years under James’ leadership.

Jackson said in a statement, “we are elated about accreditation candidacy” and making history to become the first HBCU to regain it after a 20-year hiatus.

Jackson applauded James for his fundraising efforts who has hosted some of the most successful events in the past 20 years.

Calling it “the hard reset,” James has created several rewarding partnerships with major businesses and corporations like developing a hospitality program with the help of Chick-fil-a and a $30 million investment deal with CGI Merchant Group, LLC and Hilton Hotels to build a 150-key upscale hotel and hospitality management training complex.

James was named College President of the Year by the Georgia Greater Black Chamber of Commerce and one of Atlanta’s Most Powerful Leaders by Atlanta Magazine this year.

Morris Brown anticipates getting its full accreditation sometime this year. James is the 19th president of the institution. 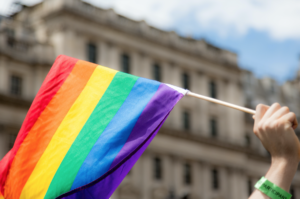 “Atlanta’s leading role in human and civil rights on both the national and international stage is due in large part to the contributions from our LGBTQ community over many years,” Mayor Bottoms said. (Credit: Ian Taylor – Unsplash)

The City of Atlanta was awarded a $25,000 grant to preserve LGBTQ landmarks in the city.

The Federal Historic Preservation Grant will be used to identify important historical sites that will be nominated for the National Register of Historic Places and City of Atlanta Landmark Protection.

The search will focus on:

“Atlanta’s leading role in human and civil rights on both the national and international stage is due in large part to the contributions from our LGBTQ community over many years,” Mayor Keisha Lance Bottoms wrote in a press release. “Thank you to Historic Atlanta, Inc. and the many partners who have assisted this collective effort to preserve LGBTQ sites of significance and enshrine the LGBTQ community’s story in Atlanta history.” 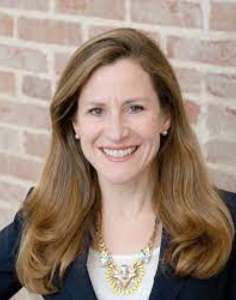 Katharine Kelley, president and CEO of Green Street Properties, began her tenure this week as president of the Rotary Club of Atlanta, succeeding Cannon Carr, CEO of CornerCap Wealth Advisors.

Kelley unveiled members of her leadership team at Rotary’s meeting on July 12.

Other members of the leadership team include: Kevin Greiner, president and CEO of Gas South, is serving as Sergeant-at-Arms; and Stephanie Blank, philanthropist and founding chair of Georgia Early Education Alliance for Ready Students, is the president-elect.

Atlanta Rotary also announced the leadership of its foundation for the next three years.

Clark Dean, executive managing director and partner of Transwestern, is serving as the 2022 chair; and Kelley, Robert Balentine and Sonny Deriso will be the leadership team overseeing the Charitable Foundation of the Rotary Club of Atlanta.

The Foundation committee members in 2023 will be Doug Ellis, Blake McBurney, Dave Moody and Bill Todd. And the members for 2024 will be Tommy Holder, John McBurney, Neal Purcell and Pat Upshaw-Monteith.