This week in city and metro news.

Something spooky is in the air!

Friday the 13th is upon us, marking the only Friday the 13th of the year. If you’re a lover of all things creepy, this is not a day to overlook. To celebrate the infamous date, consider visiting the Plaza Theatre for a showing of “Friday the 13th III,” or stream a Halloween classic if you’d prefer to stay in the comfort of your own home.

On to other news: 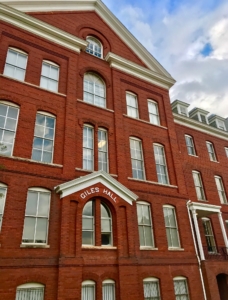 Princeton partners with Spelman, other HBCUs to expand research and innovation

Princeton University announced this week the partnership with the United Negro College Fund, Spelman College and four other Historically Black Colleges and Universities to enable research collaborations between the ivy league’s faculty and their peers.

“Our Office of Research, Innovation and Collaboration looks forward to facilitating collaborative research efforts that align with Princeton’s Department of African American Studies, Center for Digital Humanities, Center for Health and Wellbeing and the Princeton Institute for Regional and International Studies,” said Dr. Mary Schmidt Campbell, president of Spelman.

While the first phase of the Alliance focuses on HBCUs, Princeton anticipates expanding the effort to forge research collaborations with other minority-serving institutions and women’s colleges.

Porchfest makes its way to Virginia Highlands for second year

If you’re looking for some fun in the sun this weekend, head over to Virginia Highlands on Saturday, May 14 for Porchfest 2022.

The all-day event will kick off with a Rock N Run race, and folks are encouraged to dress up as their favorite rocker. From 11 a.m. to 7 p.m., local bands and musicians will take the stage, also doubling as a front porch, and perform live music — hence “Porchfest.”

Porchfest will also include local food trucks and vendors for visitors to enjoy.

Click here for more information about the Virginia Highlands Porchfest 2022. 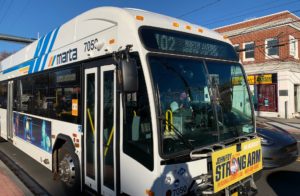 ARC seeks comment on $45M in transit and road funding

The Atlanta Regional Commission (ARC) is seeking public comment on proposals to spend $45 million in federal money on metro-area transit and road projects.

The spending would be the first allocation of money from the federal Infrastructure Investment and Jobs Act. ARC is proposing to amend the regional Transportation Improvement Program to authorize the spending.

The projects include electric and natural gas buses, transit infrastructure upgrades in Clayton and Cobb counties, and road projects in Barrow and Henry counties.

The projects as described by the ARC include:

System-wide upgrades to the CobbLinc transit system to improve safety and accessibility for pedestrians and people with disabilities. Upgrades include sidewalks, bus shelters, curb cuts and crosswalks.

Planning for two future road projects: widening of SR 155 between I-75 and Hampton-Locust Grove Road in Henry County; and grade separation at the intersection of SR 316 and Harry McCarty Road in Barrow County.

The comment period runs through May 18. Comments can be sent by email to transportation@atlantaregional.org or by phone to 470-378-1557. More details are available on the ARC website.

The Atlanta Jazz Festival is in two weeks.

On Saturday, May 28, the annual Atlanta Jazz Festival is making its way to Piedmont Park.

The three-day festival will feature 15 jazz artists, and the festivities are free to the public. The outdoor event is hosted by the City of Atlanta Mayor’s Office of Cultural Affairs.

Not in the mood to wait on the jazzy tunes? Check out their playlist of 2022 favorites.

Click here for more information on the upcoming jazz fest.

A Black-led Atlanta company is one of three nationwide to receive the first investments from a student-run fund at Emory University’s Goizueta Business School that focuses on entrepreneurs from underrepresented groups.

The Peachtree Minority Venture Fund was founded by MBA students and is now operated by them as a class in a new Diversity, Equity and Inclusion concentration. The $1 million venture capital fund was seeded from Emory’s endowment. It is intended to sustain itself by putting all proceeds back into the fund.

The first round of funding totaled $55,000 that went to three companies across the country. They include Atlanta’s FundStory, which received a $15,000 investment. FundStory helps finance teams access and manage non-dilutive capital, which means investments in a company that does not require the owner to give up equity or ownership.

The other recipients include COMMUNITYx, a Los Angeles-based social app for connecting activists ($25,000), and Ecotone Renewables of Pittsburgh, Pennsylvania, which makes liquid plant fertilizer from food waste ($15,000). 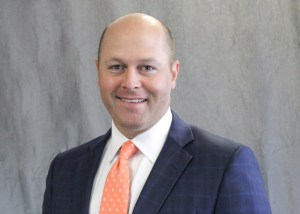 GEFA, headquartered in Atlanta, provides funding for energy, land, and water projects around the state. On March 10, GEFA awarded 16 local communities a total of $178,615,778 for water, wastewater, sewer and solid waste projects.

The WBENC Conference is expected to bring in around 3,000 visitors, bringing together leading corporations, government agencies and women business owners. The three-day program includes expert keynote speakers, educational programming and networking opportunities. Attendees will also have the chance to hear from over 40 expert speakers in 10 different industries.

The National Conference will be held at the Georgia World Congress Center in Atlanta from June 7 to 9.

Online registration is available until May 30. Click here for more information.