Reskilling benefits workers, companies bold enough to invest in them 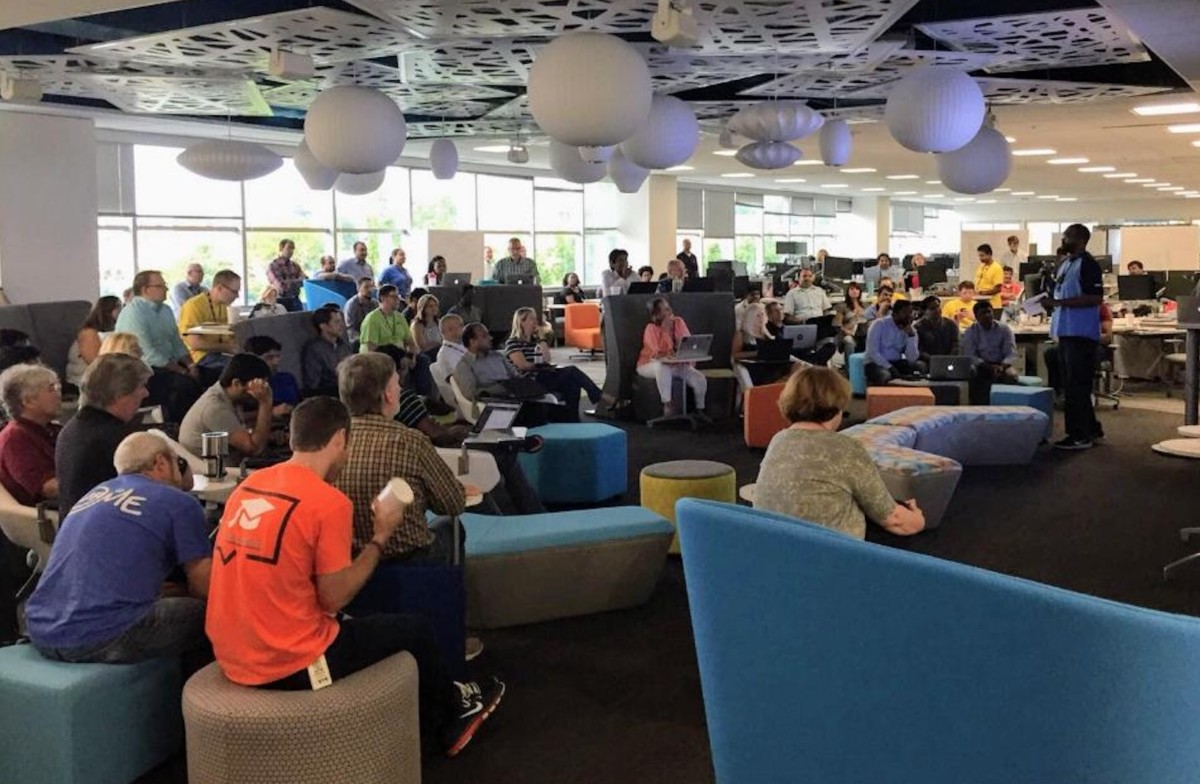 Rapidly changing technology has been the undoing of many companies – especially over the last decade. Today, many business leaders feel that they are under constant threat from disruptors in their industry. 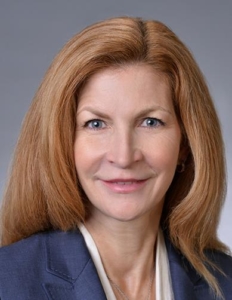 One of the more challenging problems related to the shifting technology landscape is how to keep employees’ skill level even with – or, ideally, ahead of – the technical trends. If people don’t adapt or change, the technology within a company won’t, either. This is especially true in the knowledge sector of the economy, where advances typically augment employees; they don’t replace them. In other words, highly skilled people are needed to leverage the value of new technologies for the good of the enterprise.

Companies going through a major transformation will often jettison employees who don’t match the evolving skill set they need. While technically defensible based on a raw assessment of the skills that are needed, actually releasing a large group of employees is much harder – not to mention financially costly – to rationalize in real life. Institutional knowledge, employee morale and loyalty are difficult to cultivate and often impossible to repair if broken. Also, today’s competitive job market makes it much harder to replace talent.

One of the many business lessons learned from a decade serving in the Air Force is how to maximize the people you have. In the military, you don’t hand out severance packages and go looking for replacements. Instead, you work creatively to maximize the potential of your team. In my experience, the benefits of this strategy usually outweigh the downside risks – even in business.

TSYS, a top global payments company based in Georgia, embarked on a major technology transformation within the past three years. A major piece of this effort involves reskilling existing team members to help the company transition away from legacy systems. This substantial undertaking is also preparing team members to fulfill the skills and knowledge that the company needs. 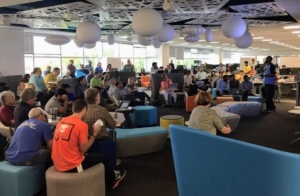 TSYS offers weekly ‘pocket protector sessions’ at its various locations as part of its continuing education for employees. Team members gather to hear from industry professions, or watch technical videos on trending topics, and discuss the topic afterward. Credit: TSYS

Part of the reskilling efforts at TSYS includes a program called “Digital Bootcamp,” which gives team members an opportunity to plug into new technology, including design and engineering skills that are increasingly valuable to the company. So far, about 2,000 team members have been reskilled through this and other programs the company has instituted.

Much has been written about change management, but there isn’t a one-stop-shop guide about simultaneously leading a major technology transformation and reskilling thousands of employees. Following are three key strategies that have been important components of TSYS’s success in this area.

Communicate the inevitability of the change that’s happening

Empower those who are already innovating at the company

Focus on results over process 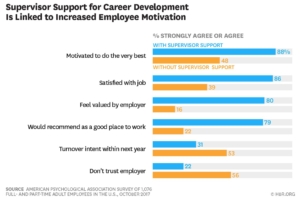 Supervisor support for career development is so important to employee morale that, without such support, more than half the workers don’t trust their employer and intend to look for work with another company within the next year, according a survey of more than 1,000 workers conducted in October 2017 by the American Psychology Association. Credit: hb.org

Major reskilling initiatives are typically needed because an organization’s internal training programs have languished for a period of time. Ideally, reskilling efforts should never truly end. Change is an everyday threat to organizations, so continuous learning and upskilling should become part of a company’s culture.

When innovation becomes part of a company’s soul, it creates a wellspring of continuous improvement that can drive the business to tremendous success. This has proven true at TSYS, where every project launched from our technology transformation initiative has either been sold to clients or is in beta launch phase.

The benefits of reskilling team members also accrue to the culture and energy of the company, which has proven true at TSYS. Demonstrating a genuine commitment to your workforce generates loyalty and a deep sense of trust, reducing turnover. This kind of culture is also a magnet for new talent that will be attracted to a company that cares deeply about the professional well-being of its employees.

Note to readers: Patty Watson is responsible for setting the enterprise technology agenda to enable and deliver future global growth for TSYS, a global payments provider for issuers, merchants and consumers in more than 80 countries. The company processed 27.8 billion transactions globally and earned $4.9 billion in revenue in 2017.