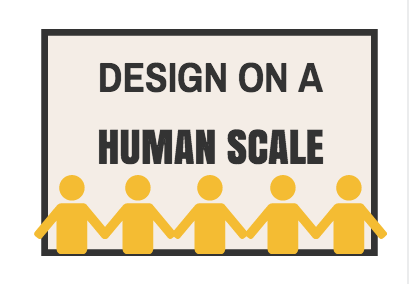 Part Two: A new football stadium and the surrounding communities

If the first time you don’t succeed, try again.

When the Georgia Dome was developed 23 years ago, setting aside $10 million for the adjacent community — including an $8 million housing trust fund — was seen as a way to address the area’s multiple problems.

But two decades later, the situation has only gotten worse. Population has declined from about 9,000 to 3,000. Nearby blocks that used to be filled with homes are now boarded up or vacant lots, some victims of flooding that could have been caused by run-offs from downtown developments including the convention center and the Georgia Dome.

And yet these neighborhoods are the treasure chests of Atlanta’s richest history. It is here — Sunset Avenue — where Martin Luther King Jr. and his family lived when he was assassinated.

It is here — within a two-mile radius — where there is the greatest cluster of historically black colleges and universities in the South if not the nation.

It is here — only a few blocks away from the Georgia Dome — where one of Atlanta’s most influential black businessmen—Alonzo Herndon — lived and where his home still stands.

And within walking distance is the historic gathering place for the Civil Rights movement — the now vacant and boarded up Paschal’s Restaurant and Motor Lodge on Martin Luther King Jr. Drive.

That is the backdrop awaiting plans to build a new $1 billion retractable roof stadium for the Atlanta Falcons just south of the Georgia Dome.

The challenge is to not only avoid the mistakes of yester-year but to create a vision and a plan that will leverage the best we have to offer by transforming the communities west of downtown into thriving and compelling destinations for our region.

From the sky, a golden triangle emerges. If one can connect the Atlanta University Campus with Georgia State University and Georgia Tech, this Atlanta triangle can become an unrivaled center for higher education, research, innovation, creativity, recreation and discovery.

But at eye level, there’s little life on the streets.

Bill Bolling, founder of the Atlanta Community Food Bank and the Regional Atlanta Housing Forum, has seen it all before.

“We’ve been in this conversation since 1988,” Bolling said. “It feels like we are on the cusp of a new time. We are rebuilding a new community. It’s hard to do. It’s even hard when everyone means well.”

Atlanta Falcons owner Arthur Blank, who is the driving force behind replacing the Georgia Dome with a new stadium, has pledged to do right by the community.

In a deal that is making its way through government channels, $50 million in stadium-related infrastructure improvements are included. And the Arthur M. Blank Family Foundation has pledged $15 million to be invested in the communities surrounding the stadium — Vine City, English Avenue and Castleberry; and that is being matched by another $15 million from Invest Atlanta’s Westside Tax Allocation District. (The Westside TAD currently has $53 million).

So now Atlanta has a second chance (or is it a third or fourth chance) to actually create something special, something magnificent in a part of town that has seen disappointment after disappointment.

“We know the history of stadiums in the United States, and the impact on communities has been highly overstated,” said Penny McPhee, president of the Blank Foundation. “We know that building stadiums is not enough. We want to be part of a much larger vision. Mr. Blank…wants to invest in a cohesive plan that can have a generational impact.”

Councilman Ivory Young, who represents the district, echoed that sentiment.

“We want to do big things that are transformative,” Young said. “We don’t want to take big bags of money and throw it away.”

Take the stadium itself. When the Georgia World Congress Center Authority unanimously approved the deal on March 15, it added a representative from Invest Atlanta to its conceptual design and construction team. That means the City of Atlanta will have a voice in how the stadium will relate to the neighborhoods.

“We don’t want a monolith of a building that is cut-off from the community,” said Brian McGowan, president of Invest Atlanta. “There are great stadium designs around the world that are very open and feel like they are part of the neighborhood. It’s really about integrating the stadium into the fabric of the whole community.”

McGowan went on to say that “design can be used to feel like it’s connected to Centennial Olympic Park, Martin Luther King Jr. Drive, Castleberry, Vine City, English Avenue and the multimodal station.”

Former Atlanta City Planning Commissioner Michael Dobbins has been arguing that point for years. He would like to see a stadium that works on a human scale connecting both towards downtown and to the neighborhoods.

Benjamin Flowers, a Georgia Tech professor of architecture, told City Council: “Don’t put the stadium in a sea of parking.” That’s a mistake that was made at Turner Field, and it is a mistake that is being repeated when facilities are built in the suburbs.

“You have a unique opportunity to develop around the urban core,” Flowers said.

Dobbins, who also teaches at Georgia Tech, envisions turning Northside Drive into a boulevard that connects east and west rather than acts as a divider.

The City of Atlanta actually has the tools in its tool box to advocate for world-class design. The Atlanta Urban Design Commission and the Department of Planning can be reinvigorated to help the mayor achieve his dream of a beautiful city at street level and above. Turning the Northside and Martin Luther King roadways into iconic boulevards is a good place to start.

“Start with preserving what needs to be preserved,” he said. “Only after you’ve done that can you look at bringing in new investment.”

Bolling said one common mistake is not having the right partners at the table. “That’s what happened the last time at the Georgia Dome,” he said. “We have to build a culture that includes all of our voices.”

Seeking guidance on how to work with communities around the stadium, the Blank Foundation recently met with officials of Purpose Built Communities, the Atlanta-based nonprofit started by developer Tom Cousins seeking to replicate the success of the East Lake community across the country.

“If we don’t bring everybody along, Atlanta is not going to be the city on the hill. It can’t be,” said McPhee, adding that we underestimate the area’s assets and how it can become the “next growth area” for people who want to live and work near downtown. “It’s a huge aspirational and attainable opportunity for Atlanta.”