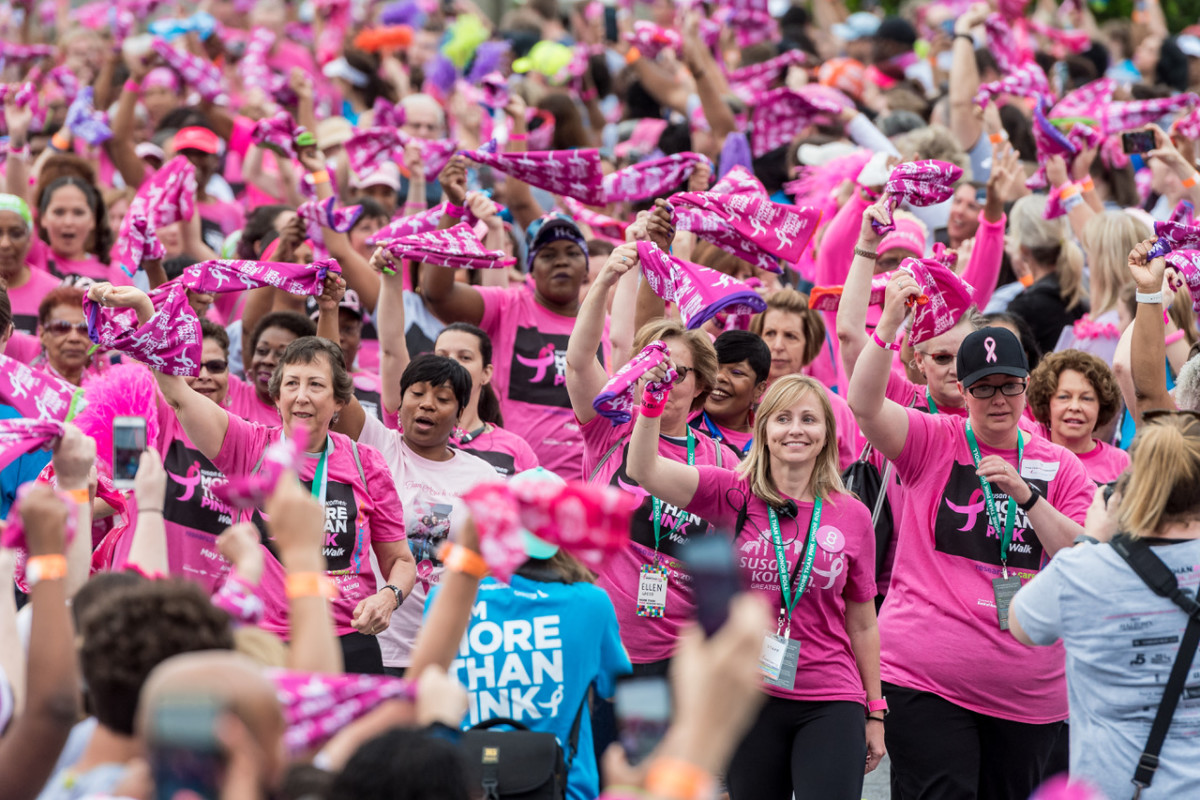 A picture of the walk with Susan G. Komen Atlanta head Cati Diamond Stone in the foreground - the blond with a big smile (Special: Susan G. Komen Society)

A leadership transition at Komen Atlanta solidifies the relationship between the Atlanta affiliate with the Dallas-based Susan G. Komen for the Cure national nonprofit that raises awareness and research dollars for breast cancer.

Cati Diamond Stone, who has served as CEO of Komen Atlanta, is now vice president of community health for the global Susan G. Komen organization.

And Komen Atlanta has a new top executive – Rick Aranson – who previously served as chief operating officer of Komen Atlanta. Aranson has had a 25-year career in business and the nonprofit sector, including serving as CEO of Jewish Family & Career Services of Atlanta. 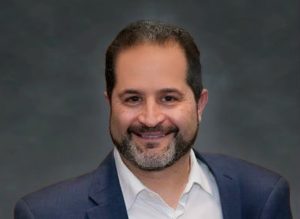 “The mission really resonates with me,” Aranson said in a telephone interview. “My grandmother had breast cancer. My father died of cancer, so I’ve been close to the ravages of cancer.”

Stone, who has been head of Komen Atlanta since 2013, got to know Aranson because they were in the same Leadership Atlanta class in 2018 – graduating that spring.

A few months later, Stone reached out to Aranson, who had left the JFCS to start his own strategic consulting firm for nonprofits.

After getting immersed in Komen Atlanta, Aranson realized: “I didn’t want to just drive the strategy; I wanted to see it through.”

That’s how Aranson became the first male executive for Komen Atlanta. And they have given him a nickname of “co-man,” which rhymes with Komen.

Stone said she felt comfortable taking on the global Komen role knowing the Atlanta affiliate was in good hands.

“I am happy to say that I will be staying in Atlanta,” Stone wrote in an email. “I love Atlanta, and the pandemic has taught many of us that remote work can be just as effective.”

In her new role, Stone will lead the continuing development of Komen’s strategic objectives for community health to ensure that its programs have the greatest impact in providing, expanding and protecting access to evidence-based education, high quality health care, and system improvement in the United States.

“I was drawn to this role as an opportunity to be a part of the evolution of Komen’s mission work as we focus even more on direct patient support and work toward a world where health equity is the norm,” Stone wrote. “I am deeply passionate about achieving health equity in all communities across the country.” 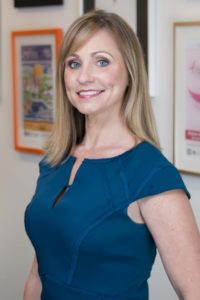 She went on to say that as the Komen organization evolves into a single incorporated entity, “my role will be to integrate the community-based work being executed by affiliates into a more streamlined effort that will allow Komen to drive local impact in all communities, with a particular focus on metastatic breast cancer and health disparities.”

At Komen Atlanta, Stone said the local team focused its work on “ending the unacceptable breast cancer disparities that exist between Black and white women in Atlanta.” Black women are 45 percent more likely to die of breast cancer than their white counterparts.”

That’s a mission Aranson has embraced. He hopes Komen can remove the disparity that exists and promote health equity.

The leadership changes also are occurring at a time when the national Susan G. Komen is beginning a process to integrate the operations of its affiliate network into a single incorporated entity. Both Aranson and Stone will be involved in the overall Komen transformation strategy and implementation.

“We all share the same bold goal – to reduce breast cancer mortality by 50 percent by 2026,” said Aranson, who added Komen Atlanta has had to pivot its work during the Coronavirus pandemic. “We are very much patient-centric organization focused on diagnostic services. Breast cancer doesn’t stop during a Covid pandemic.”

Komen Atlanta has established a COVID-19 Action Fund, which has raised nearly $50,000 to provide greater access to breast health services and treatments for breat cancer patients.

Komen Atlanta also had to postpone its “More Than Pink Virtual Walk, which initially had been scheduled for early May and was moved to Oct. 10. Aranson said Komen Atlanta has decided that it will be a “virtual walk” on that day with people walking individually in their own communities rather than congregating with thousands of others.

“People will walk where they are,” Aranson said. “Many of our supporters are continuing to support us because they recognize that breast cancer doesn’t take a break.”

By the way, this is not the first time Atlanta leaders have taken on national roles with the Dallas-based Susan G. Komen Race for the Cure. 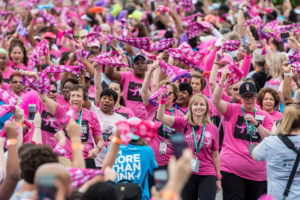 Then, in 2012, Karen Handel, a former Republican candidate for governor who ran on an anti-abortion platform, became senior vice president for policy for Susan G. Komen.

She was in that role when Susan G. Komen announced that it was stopping all grants to 19 of Planned Parenthood’s 83 affiliates, which according to the New York Times had received nearly $700,000 from the Komen Foundation in 2011.

After a national outcry, Handel resigned from that post, and Susan G. Komen restored Planned Parenthood’s eligibility for grands.

Handel is now the Republican nominee for the 6th Congressional seat that she once held before losing to U.S. Rep. Lucy McBath (D-Georgia). The two will have a rematch during the November general election.