After conducting a national search for a new leader, the board of the Georgia Conservancy has selected one of its own to be its new president.

“Robert is a proven leader who has played a vital role in the Georgia Conservancy’s success over the last several years,” said George Mori, chair of the Georgia Conservancy’s board, in a statement. “We were privileged to have met with many talented candidates during the search process, and Robert’s energy, vision and passion for the Conservancy’s mission were very impressive. We believe he will be very successful in continuing to expand our statewide efforts to protect Georgia’s natural resources.” 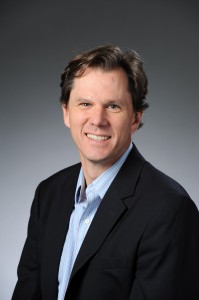 Prior to joining the Georgia Conservancy in 2011, Ramsay served for three years as senior associate director of philanthropy at the Nature Conservancy of Georgia.

From 2005 through 2008, he was president of the American Fly Fishing Trade Association, where he and his team lobbied the U.S. Congress for greater protection of American rivers and streams. He also served on the Theodore Roosevelt Partnership’s Policy Council from 2007 to 2009.

Ramsay developed his passion for natural resource conservation and environmental advocacy during his 10 years as a professional fly fishing guide in Montana, Alaska, Argentina and Arctic Russia. He was widely regarded as one of the top guides in the world, appearing on the cover of Sports Afield in 1997 as he chased a monster Patagonian brown trout.

“Robert Ramsay is the ideal choice to lead the Georgia Conservancy,” Howard said of his successor. “He will be an effective and courageous leader who will work tirelessly to protect our natural heritage. As a Toccoa, Georgia native whose family helped to settle the Tugalo River Valley, near Toccoa, beginning in 1730, he is intimately familiar with all of Georgia – its people and its diverse landscapes.”

Since leaving the world of professional fly fishing, Ramsay has devoted himself to protecting Georgia’s land and water. Ramsay is a 2013 graduate of the Institute for Georgia Environmental Leadership (IGEL), a member of the IGEL Board of Directors and a board member of EarthShare Georgia.

“I am both humbled and thrilled by the opportunity to lead the Georgia Conservancy at this important time in our state’s history,” Ramsay said in a release given exclusively to SaportaReport and the Atlanta Business Chronicle.

Ramsay also seemed dedicated to continuing the Conservancy’s role of bringing various constituencies together to protect the environment.

“As individuals, businesses and government become more and more aware that the natural resources that sustain all life are finite,” Ramsay said, “the Georgia Conservancy, through the work of its dedicated staff, enthusiastic board and passionate members, will continue to be at the forefront of finding solutions to Georgia’s most important conservation challenges.”

On the Georgia Conservancy website, Ramsay revealed that his favorite Georgia State Park is Smithgall Woods.