Ron Allen, 72, to retire as CEO of Aaron’s at the end of August 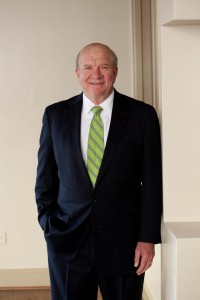 In making the announcement about Allen’s retirement, the company said that it had retained the Spencer Stuart executive recruiting firm to help identify a new CEO. “The search process will include a full review of both internal and external candidates,” the release stated.

“It has been a privilege to lead the finest associates in the industry, whose commitment, integrity and ingenuity never cease to impress me,” Allen said in a statement. “With the plans we have in place to deliver improved results in our core business and the transformational acquisition of the fast-growing virtual RTO Progressive business, I believe that we have a strong platform for long-term growth, and I am confident in the company’s future.”

Allen, who had served as CEO of Delta Air Lines from 1987 to 1997, continues to serve as a director on the board of the Coca-Cola Co. Allen said he was now looking forward “to the next chapter of my life with more time for family and the opportunity to pursue other avenues for my personal and professional growth.”

Ray Robinson, Aaron’s board chairman, said, “We want to thank Ron for his commitment and many contributions to Aaron’s, including his role in successfully completing the acquisition of Progressive Finance. Under his leadership, we have strengthened our management team and operating practices and procedures, and believe the corporate infrastructure is now in place to enable Aaron’s to build on its strong foundation for growth.”

Robinson went on to state that: “We believe we are well positioned for the future and look forward to identifying a new leader who will leverage the company’s broad retail footprint, leadership in virtual RTO and strong franchisee relationships to drive results. We wish Ron the best in his future endeavors.”

Aaron’s, founded in 1955, has more than 2,100 company-operated and franchised stores in 48 states and Canada. It has been publicly traded since 1982.