After years of broken deals and false starts, Morris Brown College and its creditors have agreed to an offer to sell most of its 36-acre property to the City of Atlanta and Friendship Baptist Church for $14.6 million.

That is about $2 million more than what the city and Friendship previously had reported that they were offering Morris Brown as one of several bids for the property.

Morris Brown College filed for bankruptcy in August, 2012 with about $30 million in debt. The Morris Brown Creditors Committee, led by the AME Church that now holds most of the debt, has been at the center of deciding what offer to accept or whether to put the property up for auction.

“The City of Atlanta has been informed by the Morris Brown Creditors Committee that they have confirmed the Invest Atlanta/Friendship Baptist Church joint offer as the highest and best bid,” spokeswoman Melissa Mullinax wrote in an email Friday.  “The city looks forward to a confirmation from U. S. Bankruptcy Judge Barbara Ellis-Monro on May 29, 2014.” 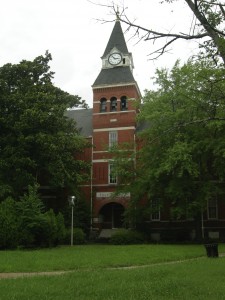 It is not known how much the other bidders were willing to pay for the land, but people close to the transaction said this was one deal that Atlanta Mayor Kasim Reed really was determined for the city and Friendship to end up on top.

“There are still a few steps to go through with the bankruptcy court, but this is a very positive milestone that we have achieved,” said Lloyd Hawk, chairman of the board for Friendship Baptist Church. “There have been five attempts to get here before, and we are the first to get this far.”

Originally, the Morris Brown Creditors Committee had scheduled an auction Friday at 10 a.m. when it had been expected that they would have disclosed whether they were accepting one of the bids or opening it up to what could have been a free-for-all.

But after further negotiations between Morris Brown College, the Creditors Committee, the city and Friendship, an agreement was reached to accept the highest and most qualified bidder — which ended up being the City’s Invest Atlanta and Friendship Baptist Church.

It is not clear how much money Morris Brown College will have available to continue operating as an institution of higher learning. It lost its accreditation in 2002. Some of the latest figures showed that Morris Brown had less than three dozen students and 10 faculty members attending and working at the College. 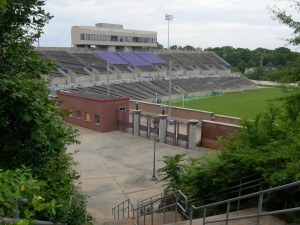 City of Atlanta would own Morris Brown football stadium

Friendship is contributing $4 million to the deal. As a result, it will own the property that is now Middleton Towers, the Middletown Towers parking lot as well as the John Lewis gymnasium. The City of Atlanta is investing $10.625 million into the transaction, and it will end up owning all of Morris Brown’s property north of Martin Luther King Jr. Drive, including the stadium.

Morris Brown College will be able to retain ownership of the administration building and the other two buildings on the historic part of the campus south of Martin Luther King Jr. Drive.

“It’s definitely the most positive position that Morris Brown has been in since they filed for bankruptcy, and it gives them an opportunity to collaborate with both the City and Friendship going forward,” Hawk said. 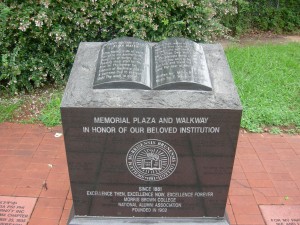 A testament to happier days at Morris Brown College

But according to the U.S. Bankruptcy Court, interested parties have until May 27th to object to the proposed sale. Then on May 29th,  Judge Ellis-Monro will have a hearing on whether to approve the sale.

It is possible that Clark-Atlanta University could end up objecting to the sale of the property because of its long-standing reversionary rights.

If all goes as planned with no delays, the property transaction is supposed to close on June 16.

The email sent from city spokeswoman Mullinax just before the posting of this article also included the  following information: