By Guest Columnist DEBBIE GOLDMAN, past chair of the Sandy Springs/Perimeter Chamber of Commerce and chair of Global Gateway

As metro Atlanta makes strides towards becoming a major international city, one of the leading centers of that movement is Sandy Springs.

In 2010, the City of Sandy Springs had a record year of international business activity, with companies like TransGaming making its North American headquarters there and AJC International expanding its headquarter operations. 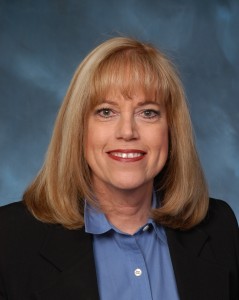 The following awards and recipients exemplify the mission of Global Gateway:

The mission of Global Gateway is to promote and facilitate international business by cultivating an environment where local and global companies can thrive. The goal is to sponsor development programs that aid companies in global expansion, with the long-term goal to implement a seamless process for international companies to locate in the Sandy Springs/Perimeter region – from acquiring office space to processing the required legal documents, and even furnishing an office.

We believe the key to reaching that goal is through strategic partnerships and education programs, and the major highlight at this year’s Global Gateway event was the launch of SS/PC’s 2012 educational series.

The SS/PC is also partnering on some alternate events with World Trade Center Atlanta, as well as engaging the bi-national chambers and international consulates in participating in these educational networking events.

Leading the educational arm of Global Gateway is Tamer Cavusgil, the Executive Director of the GSU CIBER Center, who discussed at the event one of the major education initiative’s for 2012: the Export Academy.

The CIBER Export Academy is a 10-Month professional development certificate program for managers of mid-sized exporting firms to help maximize their global exporting capabilities and aid their global expansion efforts. The academy is targeted to businesses that are already beginning to operate internationally, and will help them capitalize on available exporting opportunities to aid in their success.

Along with education, it’s important for us to work with state legislators to keep them aware of incentives needed to attract more businesses to Georgia. Sandy Springs is home to more Fortune 500 companies than any other Georgia city, because of our strong economic and educational resources and incentives, like the 2010 occupational tax rollback.

• Sandy Springs has the largest office market in metro Atlanta, with 29 million square feet of office space.
• 60 percent of Sandy Springs residents have a college degree, which is more than double the national average, offering an attractive employee talent pool.
• Transportation access to major highways, airports, seaports, and ground transportation, including six rapid rail transit stations in the north Perimeter region.
• 12 international consulates and honorary consulates offices are located in Sandy Springs, providing close resources to international businesses.
• In 2010, the city of Sandy Springs implemented an occupational tax rollback to promote a more business-friendly environment and is continuing its study for even more incentives.