SEC! SEC! primary is likely to be JEB! JEB! 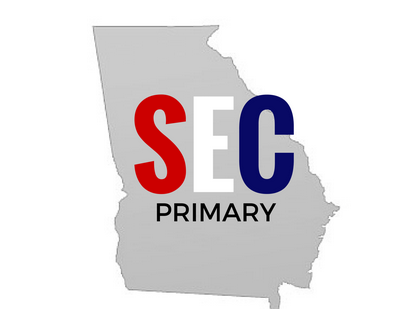 It’s amazing how much gas you can pump into a tired old idea, simply by renaming it.

Back in the 1980s, a group of Southern Democrats came up with the idea that they could leverage their influence on the national party by coordinating their presidential primaries around an early date. Borrowing from a couple of earlier efforts elsewhere, they called it Super Tuesday.

The first one, in 1988, was supposed to clinch the nomination for Al Gore. It failed miserably. Gore ended up splitting the winnings with Jesse Jackson and Michael Dukakis, the ultimate nominee. Four years later, Gov. Zell Miller shrewdly conceived of a twist on the original idea, moving up the Georgia primary by a week to act as a trigger for the other Southern states. That set things up in much better fashion for his candidate, Bill Clinton.

There have been Super Tuesdays ever since 1988. Sometimes the name has been applied to days involving primaries in different regions of the country. But a majority of the Southern states have held their primaries by mid-March for the past seven presidential elections.

The Southern Democrats have been swept away in the years since this idea was hatched, and now Republicans get to pick the primary dates. With them has come a wave of fresh ideas, or rebranding, at least.

“I think I was just riding down the road one day thinking about presidential politics, and I just kind of came up with this idea about us having a regional primary in the South,” Georgia Secretary of State Brian Kemp said in a National Public Radio interview, explaining his idea for a “SEC” primary.

The Bulldogs, Tigers, Volunteers, Elephants, Razorbacks and Rebels would vote on March 1, a date which the Aggies and Gators have already expressed an interest in, although they so far haven’t gotten a date-change through their legislatures. The Gamecocks would still get to vote before everybody else, because those are the rules of this game.

Under the new Republican National Committee rules, Iowa, New Hampshire and South Carolina get their traditional head start. March 1, the SEC target date, is the earliest other states can vote, but only those which wait until the third week in March can award their delegates on a “winner take all” basis. This might be an incentive to wait elsewhere, but in the South it’s viewed differently. The ability for challenger candidates to shave off delegates means all the candidates will have pay attention to the region, advocates for the early date argue.

This thinking is in line with the longstanding idea that Southern presidential primaries are more hospitable to candidates who veer to the right of their party’s Washington mainstream. This certainly hasn’t been true in Democratic primaries, where victories in the South gave Barack Obama crucial support in his race against Hillary Clinton.

There’s little evidence for it in Republican primaries, in either, and almost never in primaries involving a candidate named Bush. In 1988, when religious conservatives were at high tide, George H.W. Bush clobbered Pat Robertson across the region. He thumped Pat Buchanan in ’92, as did Bob Dole in ’96. George W. Bush, a more convincing Texan, fared even better in his Southern primary campaigns.

Mike Huckabee won some Southern primaries in 2008, at a time when John McCain had practically clinched the nomination, and Newt Gingrich had a brief run before he was overwhelmed by Mitt Romney in 2012. Neither of these modest victories by challenger candidates involved a Bush opponent.

So, especially if Florida joins in, the prime beneficiary of the SEC primary is almost certainly going to be Jeb Bush. Despite struggling against Obama four years ago, Clinton would be the likely beneficiary on the Democratic side, not only because of her husband’s connections, but because multi-state primaries like this help frontrunners, no matter how you divvy up the delegates.

A great deal could happen between now and then, but the ultimate impact of the SEC primary could be an early end to the primary battles for both frontrunners, and the onset of what would be the earliest general election campaign on record. Think of it: eight months of third-party attack ads. SEC! SEC!