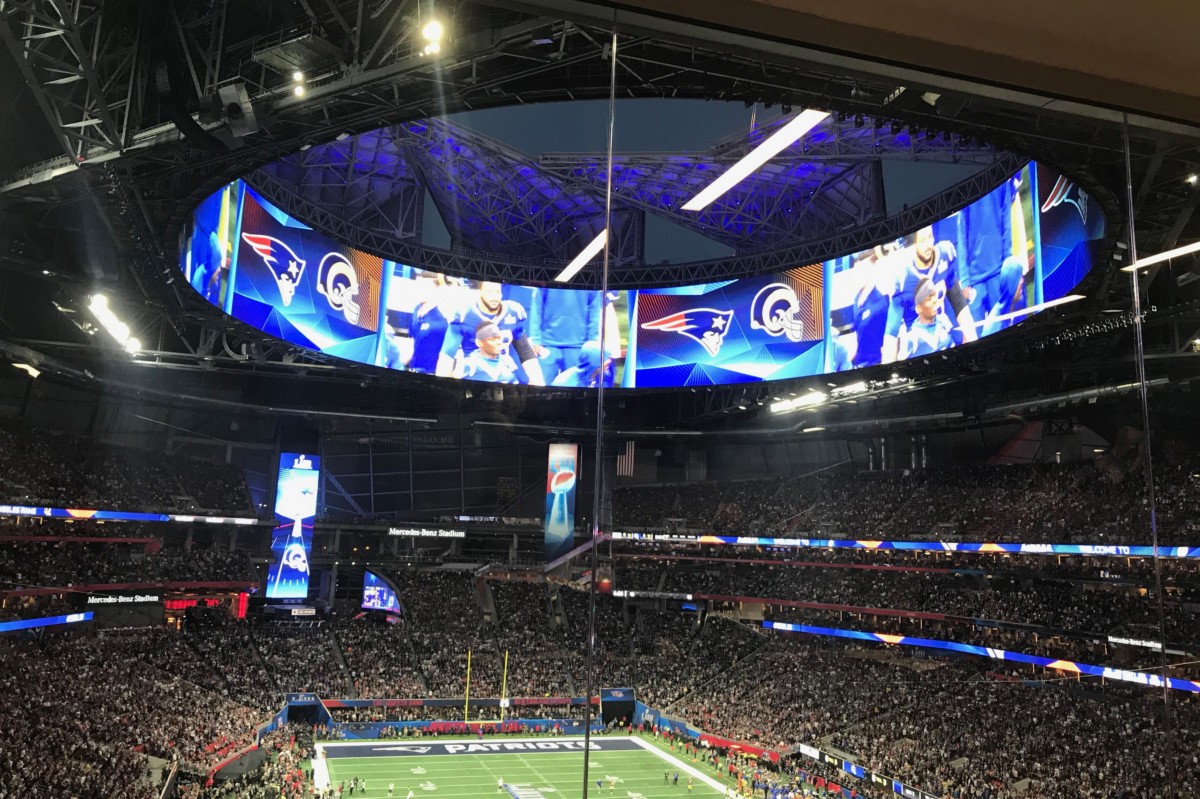 The last time Atlanta hosted the Super Bowl, it was pre-9/11. It was a much more innocent time.

The layers and layers of security at Super Bowl LIII underscore the difference 19 years can make – all perfectly understandable.

But attending the game brings it home. The comparison is stark between the 2000 Super Bowl and the 2019 Super Bowl. 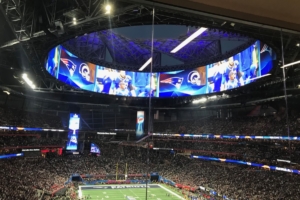 The most obvious differences, of course, is that we’re now playing in the modernistic Mercedes-Benz Stadium instead of the now-demolished Georgia Dome.

And of course, 60-degree weather on game day was a stark contrast from the ice storm that brought Atlanta to a halt in 2000. In fact, the weather was so nice that Arthur Blank and the Atlanta Falcons were able to show off its iconic retractable roof that was open during the pre-game before taking several minutes to close – as designed – just before the game began.

From a personal perspective, the experience covering both games was the difference between night and day.

In 2000, it was relatively easy for me to get a pass to roam the suites and visit will all the movers and shakers attending the game.

Jeff Arnold, then-CEO of WebMD, had put a big stake in the ground for that Super Bowl. He had rented three corporate suites that paralleled the unveiling his company’s new ad campaign featuring boxer Muhammad Ali and Lance Armstrong.

Arnold told me to be sure to come by one of his suites – about halfway through the first quarter. That was when they debuted an Ali commercial showing him boxing for the first time in 20 years – as a way of taking control of his health.

There I was watching the Ali commercial with Ali himself. I asked him what he thought. Ali, a man of few words, simply said: “Beautiful.”

Then Arnold invited me to the suite with cyclist Lance Armstrong, who had been battling cancer and become a big proponent for WebMD. 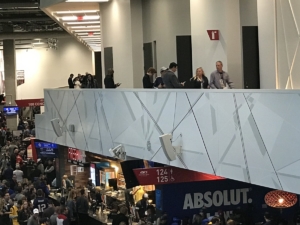 I was lucky enough to have free reign of the suites, where I saw a host of local executives and celebrities – The Southern Co. President Allen Franklin, former Braves infielder Mark Lemke; Terry McGuirk, then-Turner Broadcasting chairman and chief executive, was host to Evander Holyfield. The Coca-Cola suites included Dale Jarrett, Magic Johnson and Nancy and Steve Sims, owners of the Varsity, all guests of then Coca-Cola president Jack Stahl.

There was no such repeat for the 2019 Super Bowl. Press credentials provided restricted access to just the press box – and the public concourses. But the suite levels were strictly off limits unless your credential had an “I.” Despite repeated tries in the weeks leading up to the game, I was unable to get a pass that would give me access to the suites.

After walking around the public concourses, I finally returned to my seat in the press box – not a bad place to watch the game – sitting in between hard-working sports reporters, who were reporting every play. 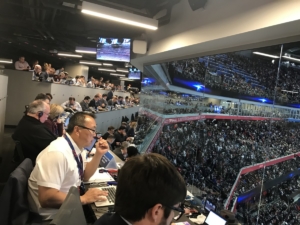 It gave me an opportunity to reflect on the changes that have taken place in our world over the past two decades.

I was able to find out that Arthur Blank was hosting Mayor Keisha Lance Bottoms and Gov. Brian Kemp in his suite along with family, friends, entertainer Zac Brown, Falcons Coach Dan Quinn and Falcons General Manager Thomas Dimitroff.

Sitting in the press box did give me an opportunity to reflect on the changes that have taken place in our world and our country over the past two decades. Yes, security is much tighter. And the media industry has become more diverse with bloggers, social media folks working side-by-side traditional media.

As much as I don’t want to admit it, I too am not the person I once was. Yes, I’m nearly 20 years older, and I’m just as content sitting in the press box reflecting on life as when I was working the suite-beat 19 years ago.

After all, Tom Brady, New England Patriots quarterback, is a great role model. At 41, ancient in football years, he is still on the field.

As a journalist, what matters most is witnessing, seeing and feeling the historic moments in Atlanta’s history. And I’ve been fortunate to have experienced many.