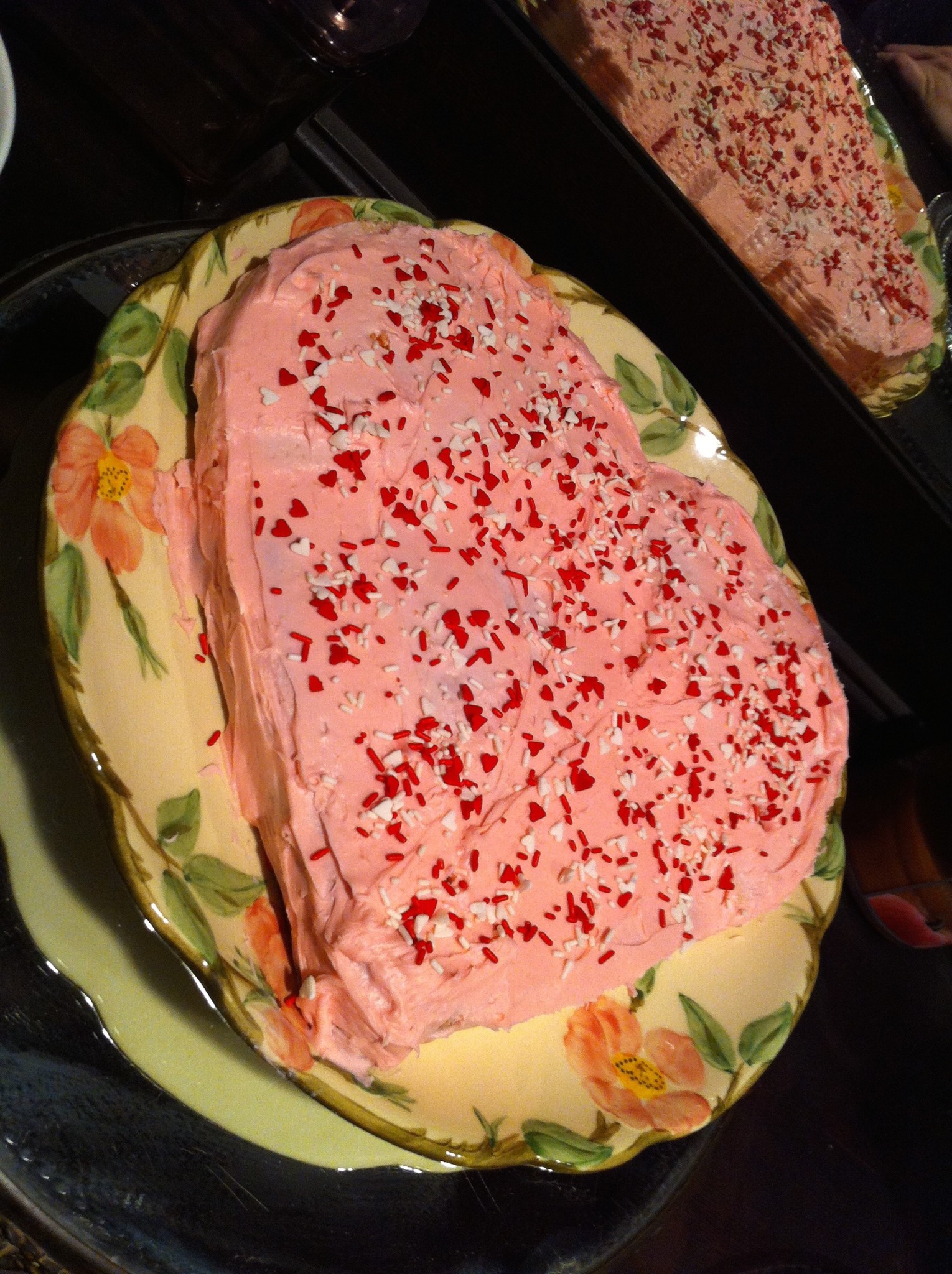 Sending happiness and love on Feb. 14 begins for many of us in elementary school with decorated shoeboxes and signed valentines—sometimes handmade. As adults, as expensive bouquets of roses and Victoria’s Secret signify this as a couples’ romantic holiday, very few of us return to the heart memory of our earliest valentines. Or make a routine to celebrate the sacred elements of ordinary life.

Early this month, at a modest ranch house in Tucker, friends gathered —as they have many times since 1998—to make fun, one-of-a-kind valentines from sparkles and scraps. Inspired by a book about simple abundance (whose author had her own bad romance), the party is a low-key celebration of turning paper and glue into a little something special, especially in the digital age. 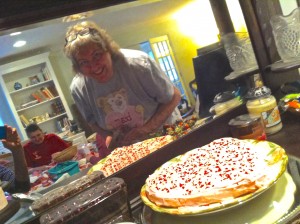 Bonnie Petrus at the Feb. 1 valentine making party at her home in Tucker.

“I thought making Valentine cards was something that started when we were kids, at least we gave them out in grade school,” said her neighbor Jane T., who has been to many of these gatherings. “I remember a friend in college that used it as her ‘Christmas’ to communicate with all of her family and friends that she didn’t speak to regularly. I do remember also, in my 20s, a friend having a party to make Valentine cards as a friendly get together. So I guess that Bonnie’s invite seems like a continuation of a theme.”

Where else could you ponder the question, “Should I use a doily or not?”

The host, Bonnie Petrus, asked that before making her first card. Spread out before her were so many more choices: red, white, pink, striped and marbled papers; ribbons, cutouts, stamps and decals, and special punches, cutters and glues. Even googly eyes.

When asked what inspired her first such event, Petrus left the room and returned with the 1995 book, “Simple Abundance: A Daybook of Comfort and Joy,” and read aloud from the Joyful Simplicities list for February: 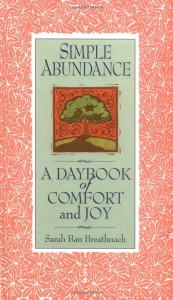 Invite a few friends over the Sunday before Valentine’s Day to make handcrafted paper confections for those you love at a “Cupid’s tea.” Assemble the prettiest doilies you can find, along with wired silk ribbon, floral fabric, wrapping papers, stickers, and construction paper. Don’t forget glue sticks and sharp scissors. Borrow some books of poetry from the library and try your hand at reviving this lost art form. Serve a heart-shaped cake with pink butter frosting, heart-shaped scones with strawberry jam, tea and sherry. Try this once and it is sure to become a February tradition.

“You already have the sherry!” joked Sherry Cross, who at the time of the first party worked with Petrus at AT&T. She patiently glued small sequins to her valentine for maximum decorative effect. Behind her was a heart-shaped cake with pink frosting and chocolate-dipped strawberries.

“One little paragraph turned into this,” said Petrus, grinning as a basket quickly filled with cards for a surprise delivery to a nearby retirement home.

Next to her was Cecilia Forbes, whose 6-foot height led her to the Atlanta Tall Club, where at a valentine party she met her husband and Petrus, who is 6-4. Forbes’ three children aged 12, 15, and 17, and one has a birthday Feb. 15, so her valentines to them were laced with a mother’s love.

The “Simple Abundance” author, Sarah Ban Breathnach, “had the kind of impact in my life then as Anne Lamott does now,” said Petrus. 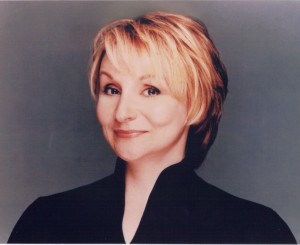 Ban Breathnach [pronounced Bon Brannock] was one of Oprah’s most frequent and influential guests, appearing nine times and inspiring Winfrey to keep a gratitude journal. Her bestseller sold 5 million copies here and two million abroad. Her Simple Abundance Charitable Fund gave more than $1 million to nonprofit organizations. Who knows how many “Cupid’s teas” were born.

“The space that women were in at that particular time, the need and urgency for somebody to speak what they were feeling in that way… ‘Simple Abundance’ was a phenomenon,” Winfrey said last year in a long televised interview with the author.

Ban Breathnach had been a freelance writer living paycheck to paycheck, and wasn’t prepared for fame and fortune. Wild spending, bad investments and a costly divorce made the money dwindle, to the point a few years ago when she ended up on her sister’s doorstep with only a suitcase and cat.

Her romance with her third husband had shattered her. She told Oprah he spent her money and blamed her for not making more. “The spiritual lesson here is to guard your heart,” Ban Breathnach said. “Watch your treasure. What your treasure is, that will be your heaven on earth.”

Back to the party 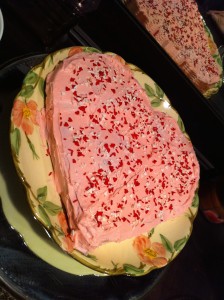 Like celebrity, love also can be cyclical. Some might even say fickle. How has it changed for the valentine crafters?

“I used to say that if my husband didn’t bring me flowers on Valentines Day, I was going to change the locks on the doors,” Jane T. said. “But that was 20 years ago.”

“My husband and I have mellowed,” Cross said. “He is such a sweetheart to me. We don’t go out on Valentines Day anymore. It’s a day to remember how he shows me he loves me every day.”

Their handcrafted valentine tradition has continued even as the number of Americans who celebrate it is falling and those who do are spending less, according to the National Retail Federation. What gathered the crafters this year in Tucker wasn’t just the anticipation of Feb. 14, but the affection that has bound them through the years.

“I enjoy this day more than Valentine’s Day,” Petrus said. “My soul is filling up.”

Previous Article
SEC! SEC! primary is likely to be JEB! JEB!
Next Article
Discord over transportation funding proposal has a familiar ring

After 25 Years of ADA, our sense of service dogs isn’t fixed