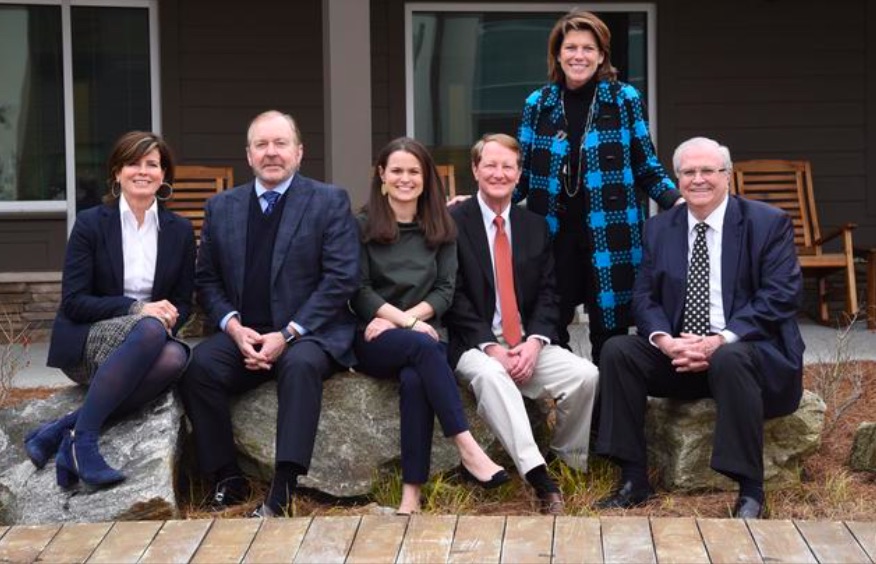 Skyland Trail, a center of excellence in treating people with mental illnesses, will be breaking ground on a new campus – thanks in large part to the generosity of Atlanta leaders who know first-hand the toll depression can take on people’s lives.

The champion behind the new campus, which will treat adolescents from 14 to 17, is Rex Fuqua, a philanthropist who is also president and CEO at Fuqua Capital Corp.

Fuqua’s father, the late J.B. Fuqua, disclosed a few years before he died that he had struggled with depression through most of his life. When he went public, J.B. Fuqua was joined by Tom Johnson, the former president of CNN, who also disclosed his life-long struggle with depression. 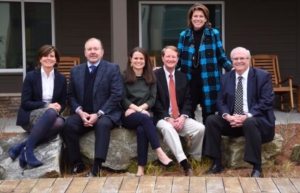 Now Rex Fuqua and Johnson along with Rand Glenn Hagan are co-chairing a $20 million capital campaign to build the Skyland Trail Adolescent Treatment Center in Chamblee near Interstate 85 at Dresden Drive and Chamblee-Tucker Road.

Fuqua gave $3 million to seed the capital campaign after doing a feasibility study on what was available in Atlanta.

“It became clear to me there was need to have a facility where there would be more intensive treatment for kids,” Fuqua said. The study showed that there was a need for a 40-bed facility.

The new Skyland Trail Center initially will establish residential facility for 26 beds (14 for girls and 12 for boys).

Skyland Trail also will renovate an existing 30,000-square-foot, two-story office building to serve outpatients and meet the specialized treatment and educational needs of adolescents. It will include individual and group therapy rooms, art and music therapy rooms, a media center and dedicated space for patients to complete their school work as well as a kitchen, a dining area and offices for the clinical and administrative staff.

Already $17.5 million has been raised to build the new center. The original goal had been $17 million, but a few foundation donors challenged Skyland Trail to fully build out a center with all the necessary amenities.

“We are starting with the 14 to 17 age group,” Fuqua said. “Young people struggle with depression and anxiety. If you reach people early enough, you can change the trajectory of the illness.”

The new facility also will focus on the family of those being served. “Families need to understand how they can help with the young person when he or she goes back home,” Fuqua explained.

Johnson, who has been involved with Skyland Trail for decades, boasted that the Atlanta facility has been ranked as a top center in the country by the American Psychology Association.

“This is a center of genuine excellence in Atlanta, Ga.,” Johnson said. “The new campus will be an extension of Skyland Trail. This new center will serve a tremendous need.”

Skyland Trail’s main campus is on North Druid Hills Road near I-85, and it has several facilities – the Rollins Campus for people between the ages of 18-25, the Skyland Trail South residential campus for adults 26 years old and older. There also is the Skyland Trail North Transitional Living campus at Skyland Trail and Dresden Drive.

Fuqua also noted how his parents were supporters of Skyand Trail. The main administrative and admissions center is named after his mother – Dorothy C. Fuqua. The new campus will be located about five miles north of Skyland Trail’s existing center on North Druid Hills Road in Brookhaven.

Beth Finnerty, Skyland Trail’s president and CEO, said a grand opening of the new campus will likely happen in the summer of 2019. “The early and enthusiastic response from the philanthropic community illustrates that the mental health of our young people is an important issue of concern for Atlanta families, schools and employers,” Finnerty said.

The changing economy and a technology-driven society is creating new pressures and challenges for teens, especially those struggling with a diagnosis of bipolar illness, depression or an anxiety disorder.

“After nearly 30 years of helping adults recover from mental illness, we are excited to build on the success of our treatment model to help adolescents and their families,” Finnerty added.

Skyland Trail already has named Dorothy Jordan, a specialist in pediatric mental health issues, to be lead the new campus.

“I’m so excited that Rex and Skyland Trail embraced this,” said Jordan, who is the widow of Hamilton Jordan, a leading political figure in the Jimmy Carter administration. “With Rex, and his vision, and with Tom being a partner on mental health, it’s an honor to be asked to do this. I know there’s a critical need. I’m intensely passionate about access to mental health care.”

The involvement of Jordan also is another example of the close connections that exist in Atlanta. When her husband was battling numerous incidences of cancer, Dorothy Jordan said, “Tom was a dear friend and a supporter of Hamilton.”

Now the new center is a way for her to apply her educational and nursing skills to “give adolescents the tools to be successful.”

While most of the capital campaign will go towards building the new campus, Finnerty said money is being raised so that Skyland Trail can offer financial aid to those in need.

According to the National Alliance on Mental Illness, about 20 percent of adolescents have a diagnosable mental health disorder. In Georgia, suicide is the second-leading cause of death for 15 to 17-year-olds, behind motor vehicle accidents.

As Finnerty says, “the need for a residential adolescent mental health treatment program in Atlanta was clear.”