In this column, members of Georgia Humanities and their colleagues take turns discussing Georgia’s history, culture, and other topics that matter. Through different voices, we hear different stories.

This week, author LESLIE STAINTON discusses the opportunities for growth and reflection that come from confronting physical reminders of slavery. 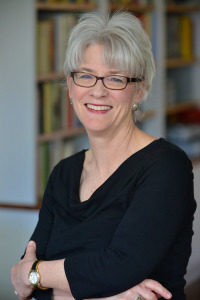 Last year, on my way to a conference, I stopped by Georgia’s Hofwyl-Broadfield Plantation, between Brunswick and Darien. The property, a state historic site, includes both a plantation “big house” and a slave cabin still quaintly (and to my mind inexplicably) labeled “servant quarters.” I’d spent the night in this cabin the previous spring as part of Joe McGill’s Slave Dwelling Project. My ancestors were slaveholders in the Brunswick area, and the overnight was a chance to honor the hundreds of people whose labor and talents my family had exploited. A penance, if you will.

On that overnight, I learned that slave dwellings are sacred spaces, conducive to frank conversations about taboo subjects — a bit like the therapist’s couch. By spending the night in these cabins — and by inviting others, like me, to join him — the visionary Joe McGill aims to preserve slave dwellings, yes, but also to initiate and nurture a much-needed dialogue about the history and legacy of American slavery. Many months later, I’m still thinking about the conversations we had that night.

It’s one reason I wanted to revisit Hofwyl-Broadfield. This time, the slave cabin where I’d slept was empty, and I sat down inside it, my back to a brick fireplace built by enslaved laborers, and took out my journal. Maybe 20 minutes went by before another visitor arrived, a middle-aged man dressed in a blue-striped shirt and slacks. He apologized for interrupting me, and I apologized for monopolizing the cabin, and we began to talk. His name was Jamil Zainaldin, he said, and he was with Georgia Humanities. He was on his way back to Atlanta from giving a talk on St. Simons Island and had never seen Hofwyl before. 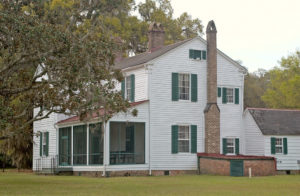 I said I was a writer from Michigan at work on a book about my slaveholding ancestors, the Scarletts of Glynn County, Georgia. I’d spent the night here a year earlier as part of Joe McGill’s Slave Dwelling Project, I explained.

And then the sacred space of that haunted dwelling began to work its magic. For the better part of the next hour, Jamil and I talked — about race, racism, and above all slavery, about how much work remains to be done if Americans are ever going to address the difficult collective history of our country.

“And it’s collective,” Jamil said repeatedly. “We all — North and South — own this history.”

Jamil had just finished reading Sue Monk Kidd’s novel about the abolitionist Grimké sisters, and I was midway through Colson Whitehead’s incandescent Underground Railroad. We talked at length about those books, and about what happened to people in the South who spoke out against slavery. We spoke about women. I said I was particularly keen to understand what happened to the wives and daughters of slaveholders, who seemed to have so little voice in the system that defined them.

In my own family, I said, white men had fathered mixed-race children. How did their wives live with that truth, with the hypocrisies of the slave system? 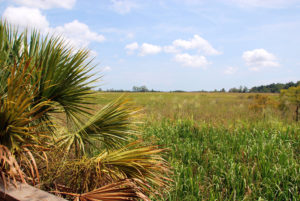 Jamil mentioned the brittle and brutal wife in Twelve Years a Slave, whose behavior, he thought, was emblematic of the widespread psychoses engendered by slavery. “Hysteria, they called it. Women couldn’t take it.”

As we stood there talking in that small, sweltering cabin, I found myself marveling at the coincidence that two 21st-century white Americans haunted by history had stumbled on one another in this space. The encounter felt ordained — as if Joe McGill, or the building itself, this drafty wooden construction once inhabited by enslaved men and women, had summoned us. I have no way of knowing how many other such conversations have taken place inside this cabin, but I hope it’s many, and I hope they take place throughout the country, because if we don’t confront our collective history, it will destroy us.

“The story gets buried because it’s too dark,” Jamil said. “That’s why it’s so important that you write this book. You have to uncover this history, and deal with it, and talk about it.”

Sometimes that talk happens in a room whose past can break your heart. A sacred space. May such places continue to speak to us and to make us speak to one another.

Leslie Stainton is the author of two nonfiction books, Lorca: A Dream of Life and Staging Ground: An American Theater and Its Ghosts. A sixth-generation descendant of the Scarlett family of Glynn County, Georgia, she is at work on a book about her slaveholding ancestors. She lives in Ann Arbor, Michigan. You can learn more about her work at lesliestainton.com. 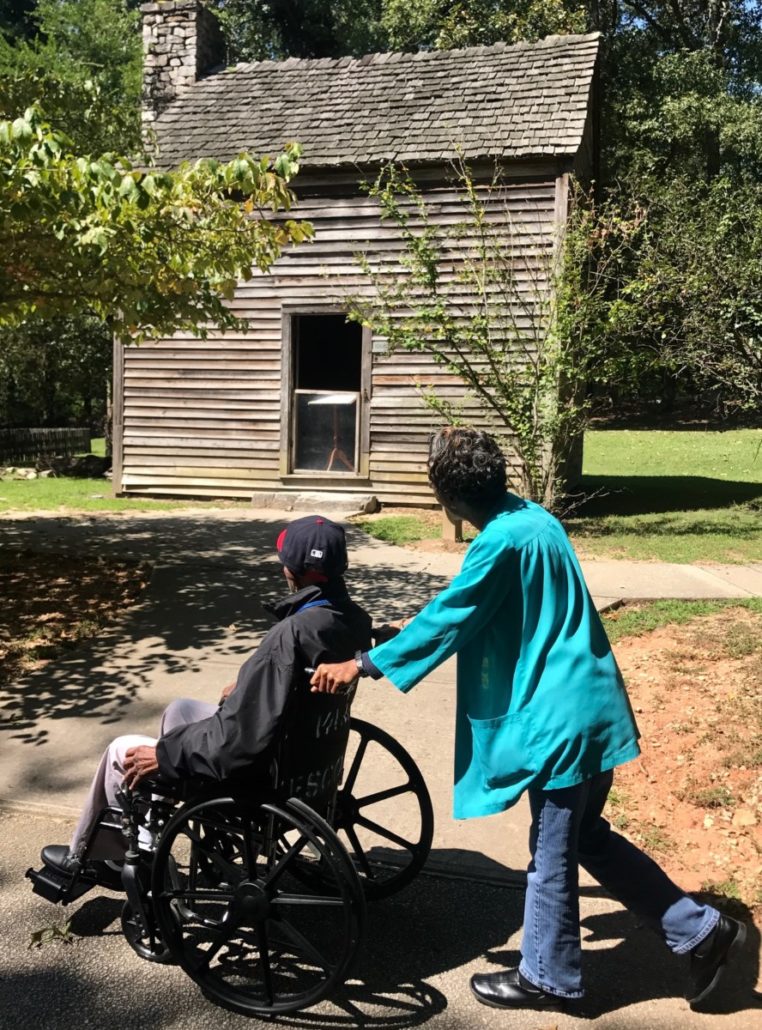 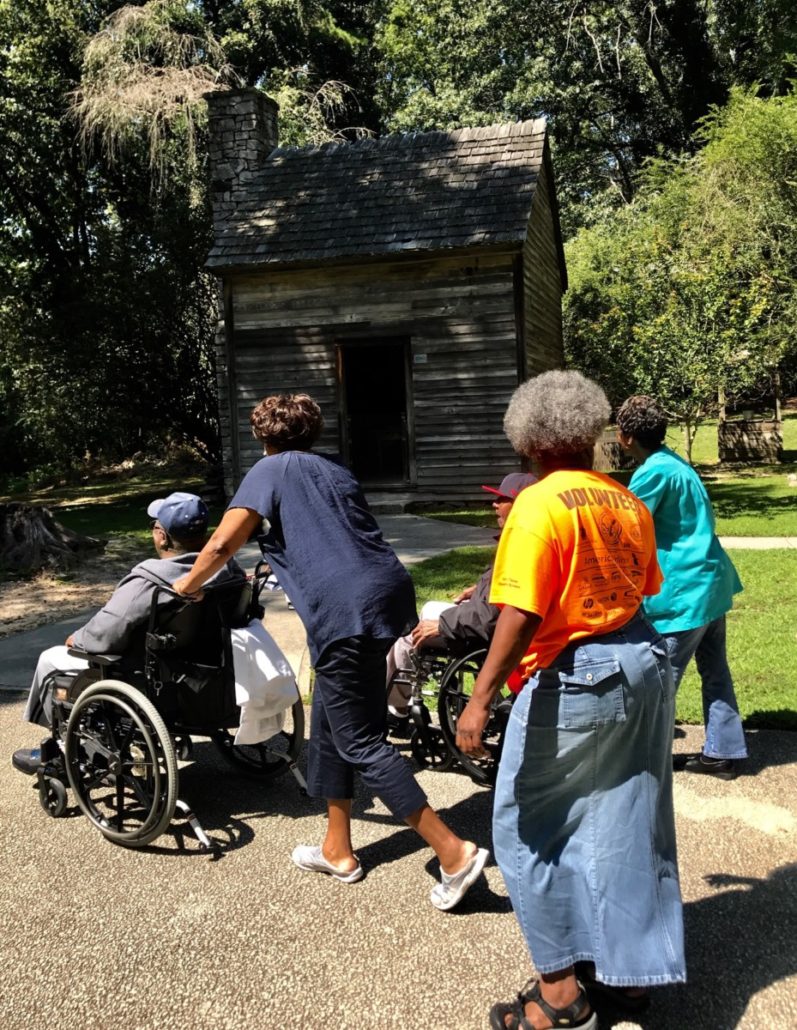 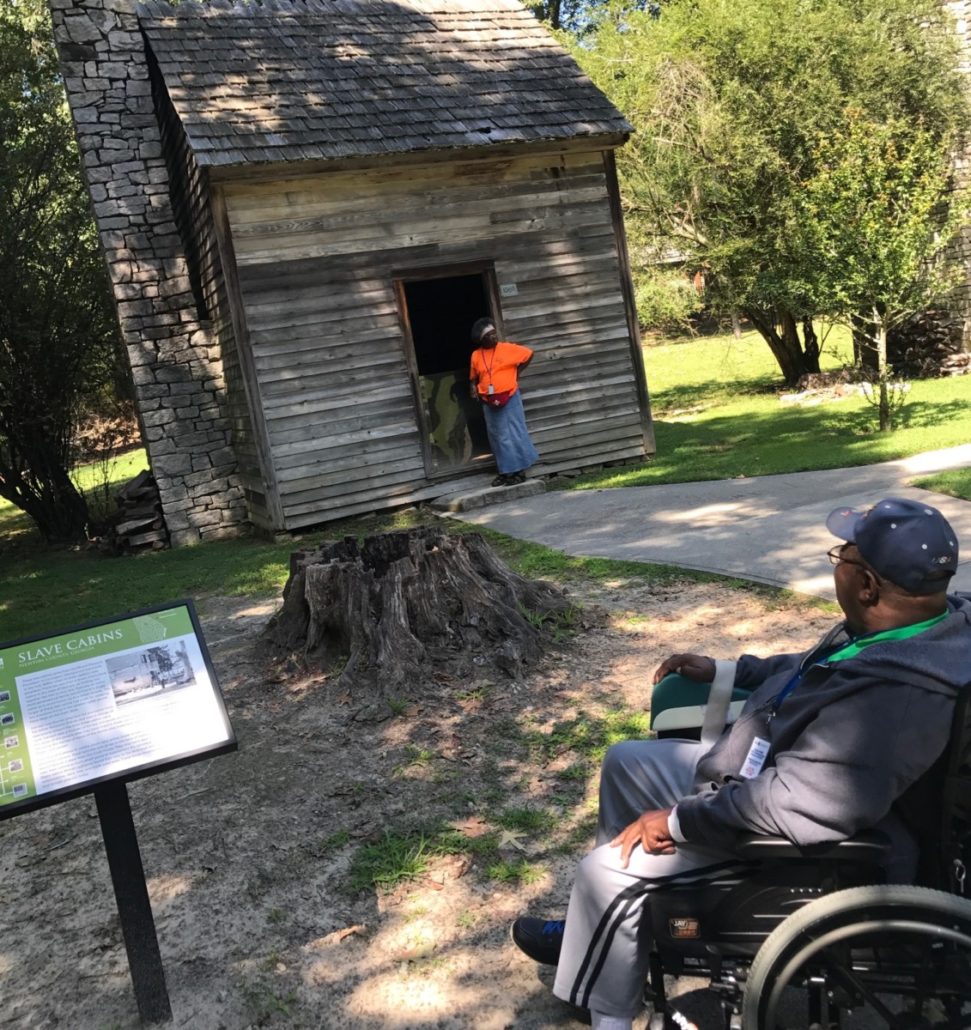 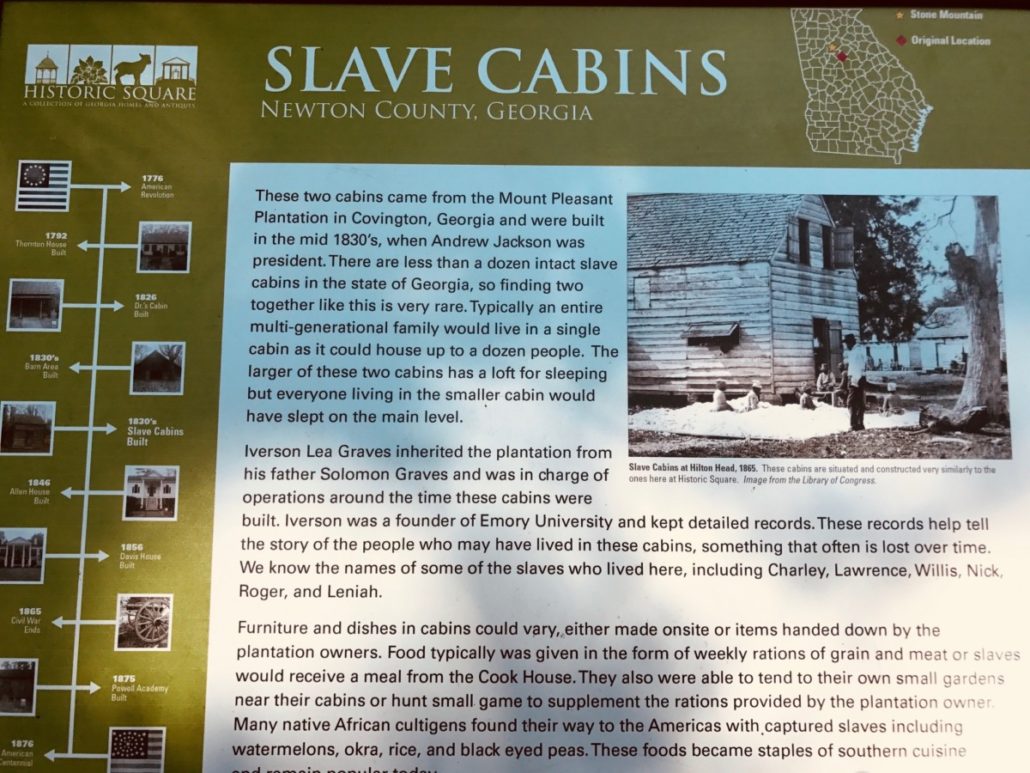 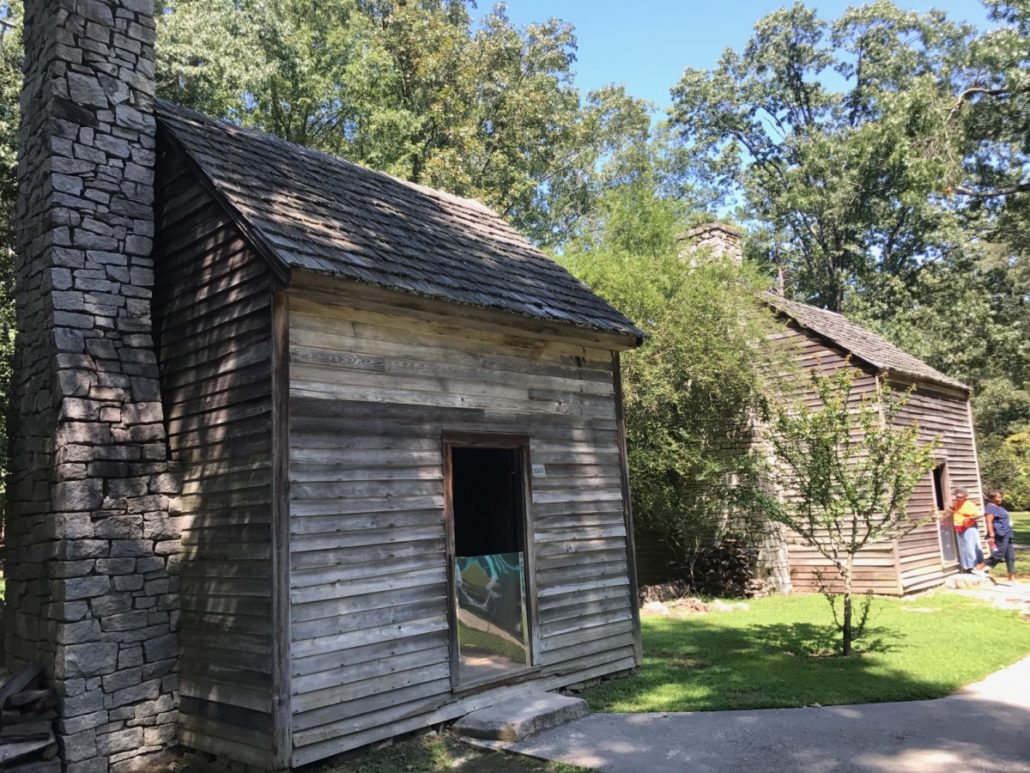 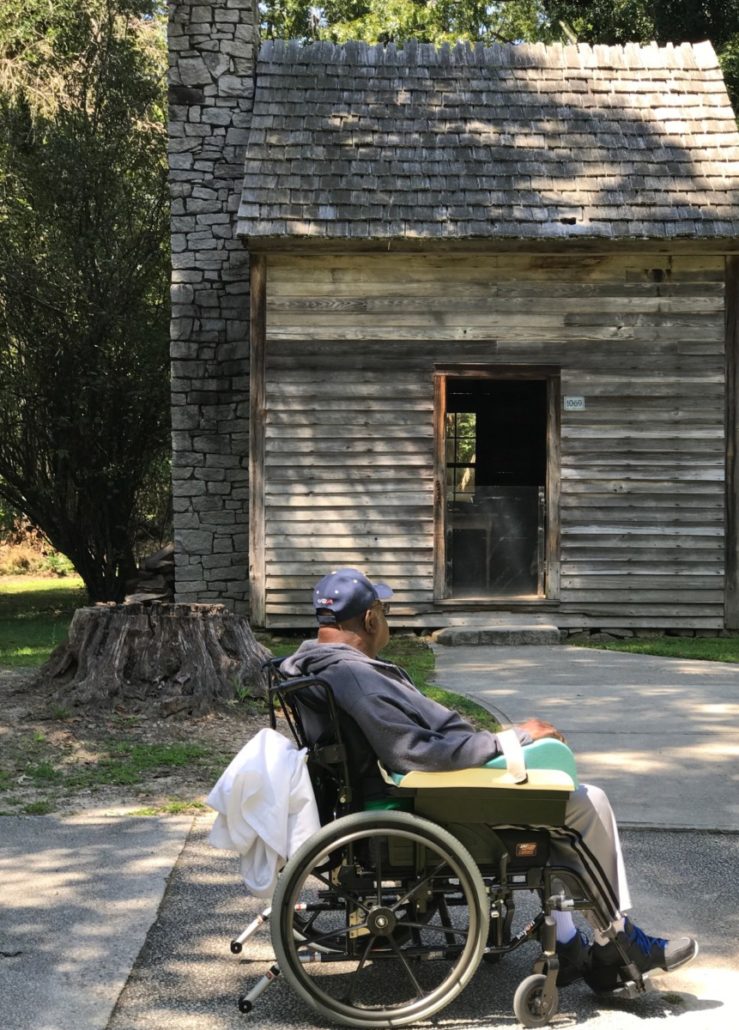