In a Snap, billions fly by in the new economy 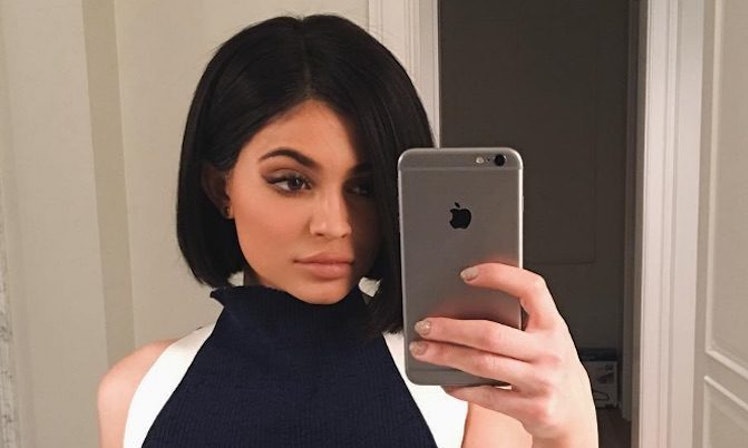 After Donald Trump was elected president, there were lots of stories about corporate PR departments frantically trying to figure out how not to be the target of one of his tweets. You don’t hear that much anymore. Instead, a new specter looms over corporate twitterdom.

“sooo does anyone else not open Snapchat anymore? Or is it just me… ugh this is so sad.” With those words, Kylie Jenner, daughter of Caitlyn and Kris Jenner, and half-sister to the Kardashians, last week caused Snap, parent company of Snapchat, to lose $1.3 billion, or 6 percent of its market value, within about the lifespan — 24 hours — of a Snapchat message.

It would be easy to dismiss this as only another frivolous moment in our slow slide into cultural Kardashianation, but the story has larger ramifications.

For starters, Snapchat’s pratfall highlights the Alice-in-Wonderland quality that makes it hard for an older generation to grasp the proportions of the new economy. Snapchat lost so much money because, by someone’s estimation, the social networking app is worth so much money.

Warren Buffett commented off-handedly on television Monday that he could open his checkbook and buy General Electric, and implied that if the price comes down some more he might. Granted, we are far past the day when Ronald Reagan hosted the General Electric Theater, but GE still owns and manufactures a lot of stuff — big stuff, like oil wells and X-Ray machines, that have some tangible worth.

When Mark Zuckerberg tried to buy Snapchat for a reported $3 billion a few years ago, the owners told him to take a hike. (For comparison, the New York Times Company has been valued at $2.2 billion, although some believe it’s worth far more.) Snapchat doesn’t have any stuff. In fact it’s an examplar of the post-stuff economy, which frees it of the burdens that drag GE down but make it vulnerable to a tweet.

Jenner has 24.5 million Twitter followers, and a photo of her newborn baby, Stormi, grasping her finger was the most viewed image on Snapchat, ever. Still, it’s safe to say the traders pushing the buttons on most of that $1.3 billion drop don’t hang out on Snapchat all day, so it’s worth pondering just how her words had such an immediate impact on the market. There was already enough negative reaction to Snapchat’s latest redesign to spark a petition drive and a drop in the stock price. Jenner’s tweet, which got 300,000 likes and 64,000 comments, crystallized the market’s fears.  Markets worry about trends but react to signifiers. Jenner is a signifier.

This story also puts a finger on a tension very common in American life, between the impulse to constantly change the looks of things or the way things like cell phone apps work, and a longing for continuity, in our gadgets as well as our families and jobs.

This may seem like a problem on the level of a Kardashian story, until you consider the considerable energy and resources American business have plunged into unsuccessful redesigns which have left their customers feeling alienated. Change is often necessary, but few designers have matched Steve Jobs’ ability to embrace those changes while maintaining a continuity in the way Apple products looked and acted.

Snap’s official response to the protests over the redesign is one that has become a familiar refrain in modern businesses.

“We hear you, and appreciate that you took the time to let us know how you feel. We completely understand the new Snapchat has felt uncomfortable for many,” the company said in a release. It goes on to say, in so many words, that over time the app will get used to you, and you will get used to it.

That’s pretty much the attitude which has ruled the day for a long time. Anyone who has gone through this process knows that moment when everybody has to buy in on the new look, the new system, the new pitch, no matter what the initial public reaction is expected to be. But in a day when value falls with the speed of a tweet, and customers treat their apps like family, the line between “that’s a a good idea” and “get used to it” may be changing.

Previous Article
A strong, engaged board of directors boosts nonprofit effectiveness
Next Article
Show Your Love For Puerto Rico And USVI While Tripling Your Donation