Georgia Power, a subsidiary of the Southern Co., is in the midst of building two new nuclear reactors at Plant Vogtle.  The projects are at least $737 million over budget which will up the total cost to $6.85 billion.

Instead of deciding whether to raise the budget now, utility regulators want to postpone that debate until the first of the new reactors comes online in January 2018 at the earliest.  Or have the debate when Georgia is way too deep in sunk costs.

This problem of sunk costs started when Georgia Power, not satisfied with the standard electricity utility regulatory process, went directly to the state legislature to provide it with new powers to recover “work in progress” expenses.  Under this new power, Georgia Power could raise rates during the construction phase, placing the full risk of cost overruns and eventual power plant completion onto the ratepayers in its service territory.

There is a silver lining. I am seeing Georgia’s nuclear financial woes starting to prompt a boon for distributed energy including solar, wind, biomass, geothermal, low-impact hydro, high efficiency cogeneration, and other sources of electricity. 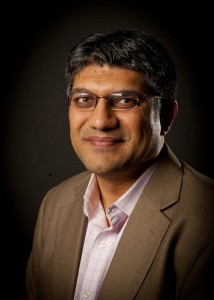 In fact, the potential financial hit is so bad, that the AARP, the Georgia Solar Energy Association, the Georgia Tea Party, and other unlikely bedfellows have found common ground – in solar energy.

The main driver uniting these unlikely allies is a mutual dissent with the public utility’s lock on their energy choices.

In this case, Georgia Power’s desire to build an expensive nuclear plant rather than explore other, more reasonable options has prompted widespread resistance.

Georgia is not alone in this erosion of public trust by a public utility. In other markets, the area’s public utility has lost public trust through an over reliance on volatile natural gas.  In Washington D.C., the lack of utility reliability has left people without power for weeks in the aftermath of violent storms.

Whatever the reason, the antipathy to the local government sanctioned monopoly utility company has created an opening for solar PV (photovoltaic).  And it is precisely this burning desire by the people for choice that has elevated solar PV demand.

With radical cost reduction in solar PV, we are on the cusp of something truly transformational, a moment where electricity customers can generate electricity at a lower cost than the electricity provided to them from the government sanctioned monopoly utility company.

But it is not just solar.  Solar PV will be joined by wind, geothermal, low-impact hydro, high efficiency natural gas cogeneration, and other sources of electricity.  The reason we focus on solar PV is not that it is “the answer” for all power, but it so succinctly summarizes the difference between the corporate power of the utility and the desire on the part of ratepayers for freedom of choice in the energy market.

So, if energy choice is the driver, the question is: “What’s the future for solar in Georgia?”  If it is not the end-all savior, what is its role and how big can it become?

Today the lowest cost installations in the United States would make solar cost effective without state incentives in Georgia.  The partnership between the odd bedfellows of the Tea Party and the environmental organizations has resulted in a 525MW solar mandate for Georgia Power.

This amount of solar PV is more than enough to produce 0.5 percent of total electricity while allowing Georgia installers to match the best practices necessary to achieve cost effective solar PV by 2016.  All the while, electricity rates in Georgia will keep going up.  Why?  The nuclear power plant is not yet completed and won’t be until at least 2020.

In the end, most Georgians are not motivated by low-carbon resources, they are driven by choice.  They are driven by the “hedge-value” solar PV provides against paying for the mistakes made by the local government sanctioned monopoly utility company.

Dr. Sidney Smith, a dermatologist and a longtime solar investor, has called solar the “new cotton of the South.” Time will tell whether solar will live up to the economic power of “King Cotton,” but we can safely assume that no one will be praising nuclear that way anytime soon.

Jigar Shah founded SunEdison, one of the nation’s largest solar services company. He served as the first CEO and remains a board member of the Carbon War Room, the global organization founded by Sir Richard Branson and Virgin United to help entrepreneurs address climate change.