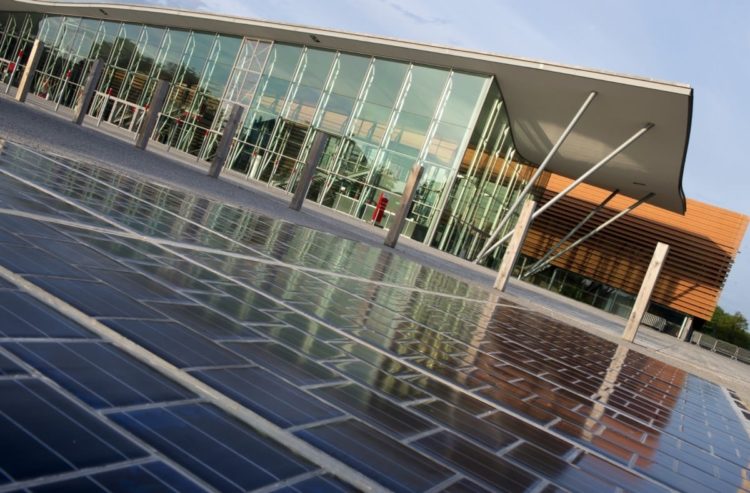 The roadway in front of the building is covered with non-skid solar panels in a technology intended to increase the productivity of paved surfaces by generating solar power. File/Credit: wattwaybycolas.com

Solar panels that can withstand the weight of vehicles were installed last week on the surface of the roadway at the Georgia Visitor Information Center in West Point. The energy will help power the information center. 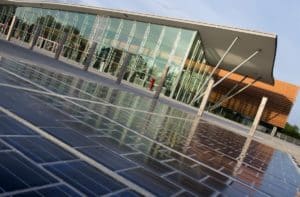 The roadway in front of the building is covered with non-skid solar panels in a technology intended to increase the productivity of paved surfaces. Credit: wattwaybycolas.com

The innovation is the latest to be installed along an 18-mile stretch of I-85 named The Ray. The Ray honors Ray C. Anderson, founder of the textile company Interface, Inc., who was an early adopter of industrial ecology and sustainability.

According to a statement on The Ray’s website, the purpose of The Ray is to serve as a:

The solar roadway is the result of a partnership of The Ray, the Georgia Department of Transportation, and international infrastructure innovator Colas. 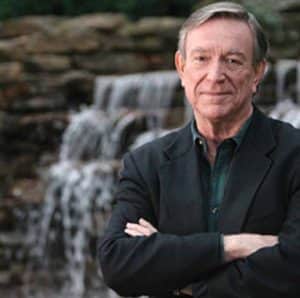 Named Wattway, the solar roadway was first installed in France in 2015. Evidently, it ended its pilot phase last week, because the company announced that a 1-kilometer stretch of solar roadway opened in Normandy.

The product is described in a statement from The Ray as a thin, heavy-duty, skid-resistant photovoltaic paver. Pavers can be applied directly atop existing paving.

“New technologies are coming to market that can make our highways the safest driving routes in the world, while at the same time making them useful in generating clean, renewable energy,” Harriet Langford, president of The Ray, said in the statement. “The Ray is partnering with the Georgia DOT to make our stretch of highway a living lab where we can pilot some of these promising technologies so that together we can influence the transformation of our transportation infrastructure to be safer, to generate energy and to contribute to the economy.” 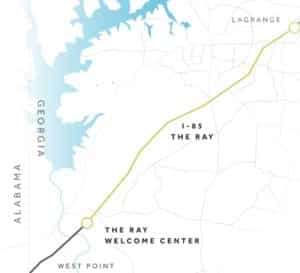 The Ray is an 18-mile stretch of I-85 where technology is tested in order to create what founders call, ‘a regenerative highway ecosystem.’ Credit: theray.org

For Wattway, the Georgia installation could open the door to the U.S. market.

“I am proud to present our first U.S. trial site that has come to fruition thanks to The Ray,” Jean-Charles Broizat, director of Wattway by Colas., said in the statement.

“America is a land of innovators and pioneers, and this project is the start of a technological and human adventure built on the cornerstone of a strong partnership, Broizat said. “The Ray C. Anderson Foundation has created an ambitious road map for sustainable transportation, and Colas has been a road infrastructure expert for almost a century. We are particularly honored to carry out this trial in the United States with The Ray as our partner.”

Two other novel technologies have been installed at the West Point visitor center.

One is a solar-powered electric vehicle charging station. The other is a drive-over system that checks tire pressure. Under-inflated tires are a safety hazard and contribute to fuel inefficiency.