Have you gotten used to thinking you have no choice on your power bill? We can’t choose our power company, so most of us pay the bill without looking past the total amount due – without even thinking about the amount paid for each kilowatt-hour or whether we have better choices.

Times are changing. More and more of us are discovering choices for managing our power costs. Beyond the time-honored practice of turning off the lights leaving the room, we can find light bulbs that pay for themselves in a year or so; and we can find appliances, water heaters, and air conditioners that pay for themselves in a few years. After that, the savings are like getting part of your power free. 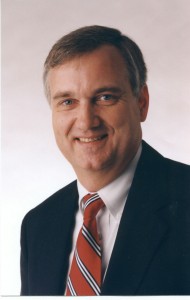 Now, on-site solar power has become an economical option for many. Deals for rooftop solar panels can be done in Georgia today that will provide power for 25 years for as little as 10 cents per kilowatt-hour. Many Georgians can save money from day one. Since rates in Georgia have gone up 49 percent in seven years, they can also protect themselves against increases.

More and more Georgians are choosing on-site solar, but not all can. The upfront costs are too high for some. The cost is usually too much for schools, churches, governments and other non-profit organizations, which often have perfect locations for solar installations, because they cannot take advantage of tax incentives available to others.

Across the country, free enterprise has responded by doing what it does best. It has come up with a financing product, called a power purchase agreement, or PPA, that makes solar power available to those who are otherwise excluded from the market.

Under a typical PPA, the installer retains ownership of the solar equipment, and the customer makes monthly payments that are based on the output of the panels. A PPA allows the customer to choose solar power without any upfront costs or maintenance risks, and it makes the tax incentives available to private parties who can use them. A PPA can reduce the cost of solar for schools, churches, governments, and non-profits by 40 to 50 percent.

PPAs can be used in most states.

In Georgia, however, the power companies say that they are against the law. The utilities concede that a solar system for on-site use is perfectly legal if the customer pays cash upfront or can get a loan or a lease with a flat monthly payment.

But if the monthly payment is based on output (as it would be in the lease of a copier based on the number of copies), the power companies will object to the deal and threaten a lawsuit to stop it.

The sunlight, solar panels, and connection to the grid are the same. The grid can’t tell the difference in the electrons. The power company can’t tell the difference in any impacts on its system or its sales. The only difference is in the kind of private contract the customer chose for acquiring solar power. How can a customer’s choice to manage energy on the customer’s private property become against the law because a lease payment is based on output instead of a flat amount?

Legislation has been proposed in the General Assembly this year to clarify this situation by expressly authorizing PPAs. In an op-ed published in the Savannah Morning News on Feb. 27, Georgia Power opposed this legislation.

Georgia Power argues that solar power financed with PPAs would reduce sales and cause other customers to have to pick up a bigger share of the utility’s fixed costs.

Georgia Power seems to be saying that the only way it can keep rates down for other customers is to maximize sales by prohibiting on-site solar power for those customers whose only practical choice is a PPA – customers of modest means, schools, churches, governments, and other non-profit organizations.

It is absolutely not the responsibility of customers to buy power they don’t need or want so that power companies can maximize sales. Those for whom PPAs make sense should be able to choose solar when it is in the best interests of their families and businesses.

Georgia Power argues that PPAs will create unregulated utilities. Utilities are regulated because they have a monopoly – because customers aren’t protected by free choice in a competitive market.

But a customer who wants on-site solar power has many choices of panels and installers and even some choices of financing. There is full-scale competition in the solar business. Imagine the world in which we tried utility-style regulation of every solar installer who offered PPAs as a financing option.

The legislation in the General Assembly, originally proposed as SB 401, just allows one additional choice to manage rising power costs by private contract on private property. It creates no risks for power companies or other customers that are different from when customers now choose energy efficiency or solar for cash.

The General Assembly should find a way to pass this legislation.