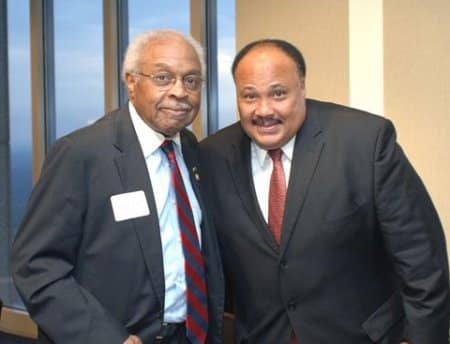 William “Sonny” Walker, a cheerful leader involved in a host of Atlanta civic causes, passed away on June 14 after a brief illness, according to family members.

Walker, 82 was a civil rights activist, educator, nonprofit executive, entrepreneur and mentor to many.

Funeral services will be held at 11 a.m. Monday, June 20, at the Martin Luther King Jr. International Chapel on the campus of Morehouse College, 830 Westview Drive SW, in Atlanta.

Walker, a member of Friendship Baptist Church who served of the board of Morris Brown College, also was the longest-serving board members of the Atlanta Educational Telecommunications Collaborative, the entity that oversees PBA/WABE public broadcasting station. 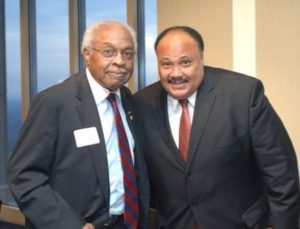 According to a press release, Walker’s eldest child, Cheryl Walker, of Little Rock, Ark., described her father as one of the nation’s pioneer civil rights activists and a man who cared deeply about the welfare of other people, his family and his community.

“He was very popular in the community,” she said. “People loved him, and he was always helping somebody. He opened doors and left them open for people to come through.”

Walker was born on December 13, 1933, in Pine Bluff, Ark. As a child, he was a member of the Boy Scouts of America and participated in numerous school activities, including talent shows, the gospel choir, drama and speech organizations and sports. He excelled at football, basketball, baseball and track and was known for his unique ability to kick a football barefoot.

He graduated from Merle High School and received a bachelor’s degree from the University of Arkansas at Pine Bluff, where he majored in English and history and was president of the Spotlight Club (Drama Society) and Kappa Alpha Psi Fraternity, Inc. After college, he went on to teach in the Arkansas Public Schools.

Walker continued his education at Arizona State University, the University of Oklahoma, the University of Arkansas, and The Federal Executive Institute, receiving graduate degrees in school counseling and school administration.  He would later serve as chair of the board of directors of Bennett College, a small, private, historically Black liberal arts college for women in Greensboro, N.C., which conferred upon him an honorary Doctor of Humane Letters degree. 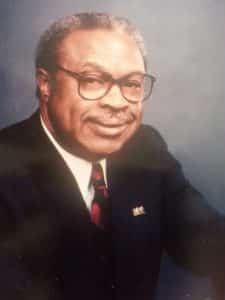 In the wake of the Brown v. Board U.S. Supreme Court decisions, Walker and his lifetime friend and professional peer Ozelle Sutton, worked together to help prepare the African American students known as the Little Rock Nine to integrate Little Rock Central High in 1957, including transporting the courageous teenagers to and from school.

Because of that experience, Walker was tapped to manage the campaign of T. E. Patterson, the first African American to be elected to the Arkansas School Board.

In 1965, Walker started the Crusade for Opportunity, one of the first Head Start programs in the U.S. and then began serving as director of the Economic Opportunity Agency of Little Rock and Pulsaki County. Throughout that time, he worked to promote integration of everything – from television news anchors to the local chapter of the United States Junior Chamber. In 1969, he began serving as Governor Winthrop Rockefeller’s head of the Arkansas State Economic Opportunity Office. He was the first African American to hold such a position in a Southern governor’s cabinet.

Walker moved in 1972 to Atlanta, where he began serving as a division director for the U.S. Department of Housing and Urban Renewal. In 1976, he became a member of the board of directors for the Martin Luther King Jr. Center for Nonviolent Social Change, where he worked closely with Coretta Scott King and eventually became one of her speechwriters. He also worked with Mrs. King and the King Holiday Commission to establish Martin Luther King Jr.’s birthday as a national and state holiday. Walker later served as executive director of The King Center, focusing his efforts on developing the operational and financial strength of the organization.

Throughout his life and career, Walker enjoyed connecting people looking for job opportunities with community and organizational leaders in search of talented and competent professionals to strengthen their businesses.  That eventually inspired him to form the Sonny Walker Group, a consulting company specializing in networking, marketing and employee training.

He was an active member of Friendship Baptist Church and involved in many community, education and civic organizations. For example, he was a member of the board of trustees of Morris Brown College; served on the boards of directors of the Butler Street YMCA, EduPac political action committee and the Georgia Partnership for Education Excellence; and was a member of the nonprofit mentoring organization 100 Black Men of America, Inc., and the third president of the Atlanta chapter, 100 Black Men of Atlanta, Inc.

In 2008, he intended to retire but instead went to work for longtime friend, confidante and mentee Dr. Joyce I. Dorsey, CEO of the Fulton Atlanta Community Action Authority (FACAA), where they worked to establish cooperative elements of the National American Recovery and Reinvestment Act (ARRA) to help citizens “bounce back” after the national economic recession. The staff of FACAA remembers Walker as an incredible teacher, historian and motivator.

Walker is preceded in death by his mother, Mary Coleman; father, the Rev. James David Walker; stepmother, Nettie Harris Walker, who with his father helped raise him; and grandson Jayson Walker. In addition to his daughter Cheryl, Walker is survived by his other three children: James “Jimmy” Walker (Stephanie), William L. “Bill” Walker Jr. (Sharon), and Lesli Walker Williams, all of Little Rock, Ark.; seven grandchildren: Brent Mitchell, Delvin Walker, Darius Walker, Harrison Williams, Mia Williams, Alyson Walker and Stacie Wright; 18 great-grandchildren; and a host of other relatives, friends and neighbors he knew throughout his life.