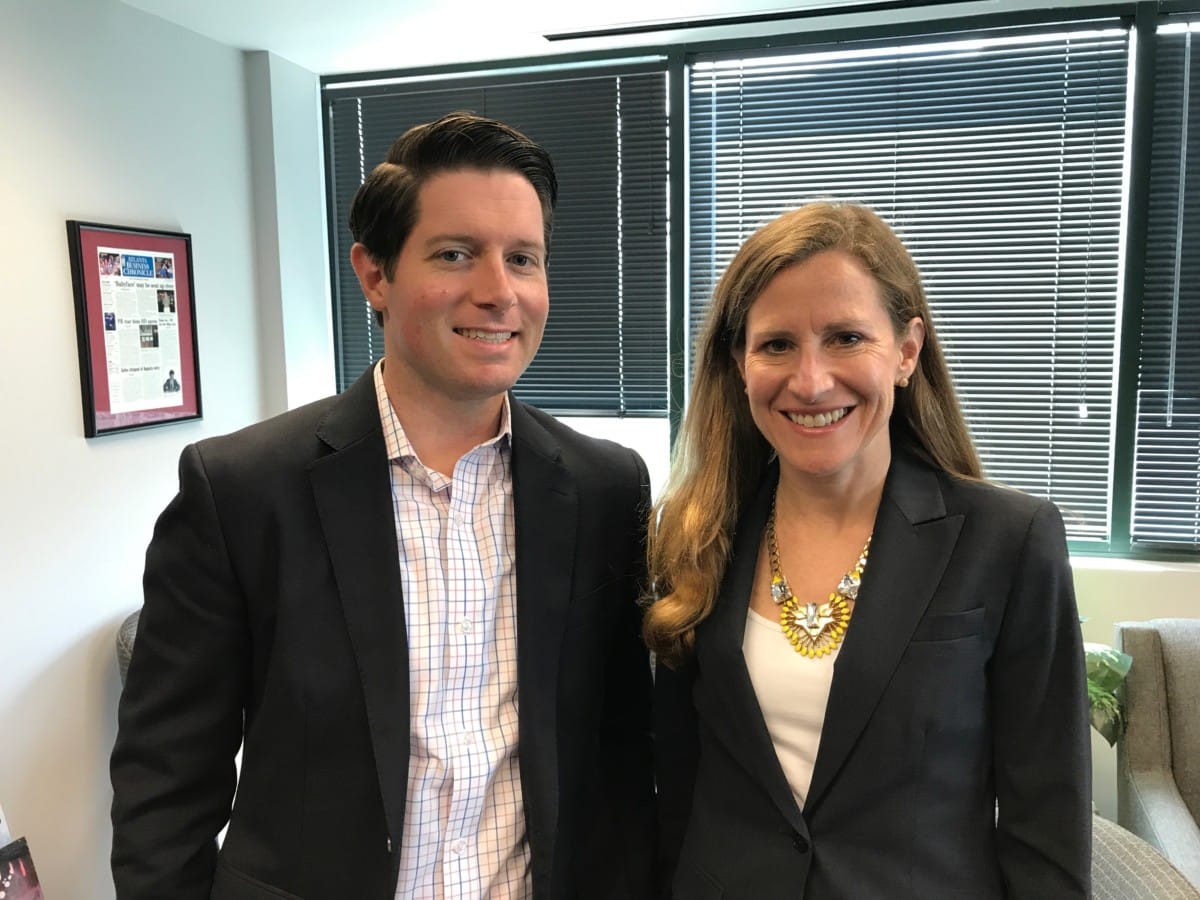 By Doug Sams and Maria Saporta
As published in the Atlanta Business Chronicle on July 14, 2017

German real estate company Newport US RE is moving forward with ambitions to redevelop portions of eight blocks and up to 750,000 square feet of South Downtown’s historic buildings.

Newport has filed plans with the Eastside Tax Allocation District, where it will seek up to $12 million in public funding for the project — one of the largest ever proposed for downtown.

The project is scheduled for review before Invest Atlanta, the economic development arm for the city, at a July 20 board meeting. 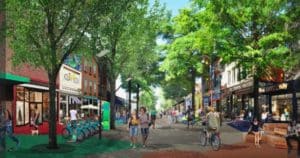 The company wants to begin construction on the development, a mix of street level retail with offices and residential units above that, by the first half of 2018. The first spaces could deliver about a year later. For now, plans include the redevelopment of 25 buildings that Newport owns south of the Five Points MARTA station. Those areas include properties along Peachtree, Forsyth, Mitchell and Broad streets, with roots dating back to the commercial beginning of the city in the mid 1800s.

Newport has another dozen South Downtown buildings and properties under contract between Underground Atlanta and Castleberry Hill. That includes 222 Mitchell Street, a hulking building that has been eyed by other developers over the years.

Newport is also closely watching progress on a potential sale of the nearby Norfolk Southern building on Spring Street. An unidentified investor has sought to put the project under contract. So far, a deal has not closed for the more than 100-year-old building.

Newport declined to elaborate on its interest.

Its master plan of up to eight blocks could knit together up to $4 billion in new downtown developments such as Underground Atlanta; a $1 billion mixed-use project around Philips Arena; and the $1.5-billion Mercedes-Benz Stadium.

“We have been excited about connecting it all to the developments to the west,” said Newport US RE Executive Vice President Katharine Kelley.

Kelley called Mercedes-Benz Stadium a wonderful terminating point for the district, offering the chance for a contiguous pedestrian experience from the sports venues to the Five Points MARTA station.

As Newport ramps up for the massive redevelopment, it has expanded its Atlanta office to 10, led by president Jake Nawrocki. 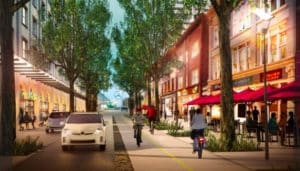 Newport’s conceptual rendering of Mitchell Street with the Mercedes-Benz Stadium in the distance (Special: Newport)

Its German parent company is led by CEO Olaf Kunkat.

The company wanted a progressive real estate project outside of its existing European markets. So, last year Nawrocki led Kunkat on a tour of intown Atlanta to find that unique opportunity.

“We saw Atlanta had a renewed interest in rediscovering the city,” Nawrocki said.

Newport was originally seeking to partner with WRS Inc., the owner of Underground Atlanta that had multiple historic South Downtown properties under contract.

That partnership didn’t materialize, and Newport took control of those buildings. But, Nawroki said both firms still maintain an interest in each other’s projects.

Over the past year, Newport has scooped up South Downtown landmarks such as the H.L Green, M. Rich, and McCrory’s Department Store buildings, reminders of a different era more than 100 years ago. That’s when the area’s brick, stone and terracotta buildings housed the city’s garment district and a thriving, eclectic collection of stores and shops.

“We feel we’ve come up with the largest piece of commercial historic fabric left in the city,” Kelley said.

That may be true, commercial real estate observers say. Decades of buying, tearing down, and redeveloping older properties for new glass towers have created a dearth of historic commercial buildings compared with other cities. Atlanta is known more for its glass towers.

“One of the things that attracted us to the area was its grittiness,” Kelley said. “Places that are too sanitized can be uncomfortable.”

While there is still demand for typical glass and steel commercial spaces, more people want to experience places that are authentic, that feel rugged and have character, said Lawrence Gellerstedt IV, who leads the tenant rep practice for real estate services company Cushman & Wakefield.

South Downtown has always had that authentic quality, he said.

But, Newport is the first developer attempting to control so many of those historic properties at once.

“What distinguishes them from others is clearly the scale of their project,” Gellerstedt said.

Newport will attempt to retain South Downtown’s character. In addition to TAD money, it may seek historic preservation tax credits as it finalizes its master plan for the district. It’s engaged planners with Dover, Kohl & Partners, whose work on downtown revitalization has included projects in Oakland, Calif., Miami, and Montgomery, Ala. 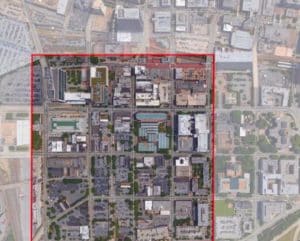 Newport is studying how to connect the development into the existing South Downtown street grid and weave in new street-level retail with office and residential. The district could have new outdoor dining, wider sidewalks, and rehabbed storefronts that discover forgotten, historic facades.

It could also feature more public spaces that other parts of the city, particularly those along the Beltline, have been embracing.

The popularity of projects such as Ponce City Market, which Nawrocki and Kelley both worked on, reflect Atlanta’s new focus on reconnecting with areas of downtown that were thriving as late as the 1960s. That’s about the time more retailers began following population growth to the suburbs.

“It’s a perfect time for this [project] to come to life,” Kelley said. “We are all feeling the ills of sprawl.” 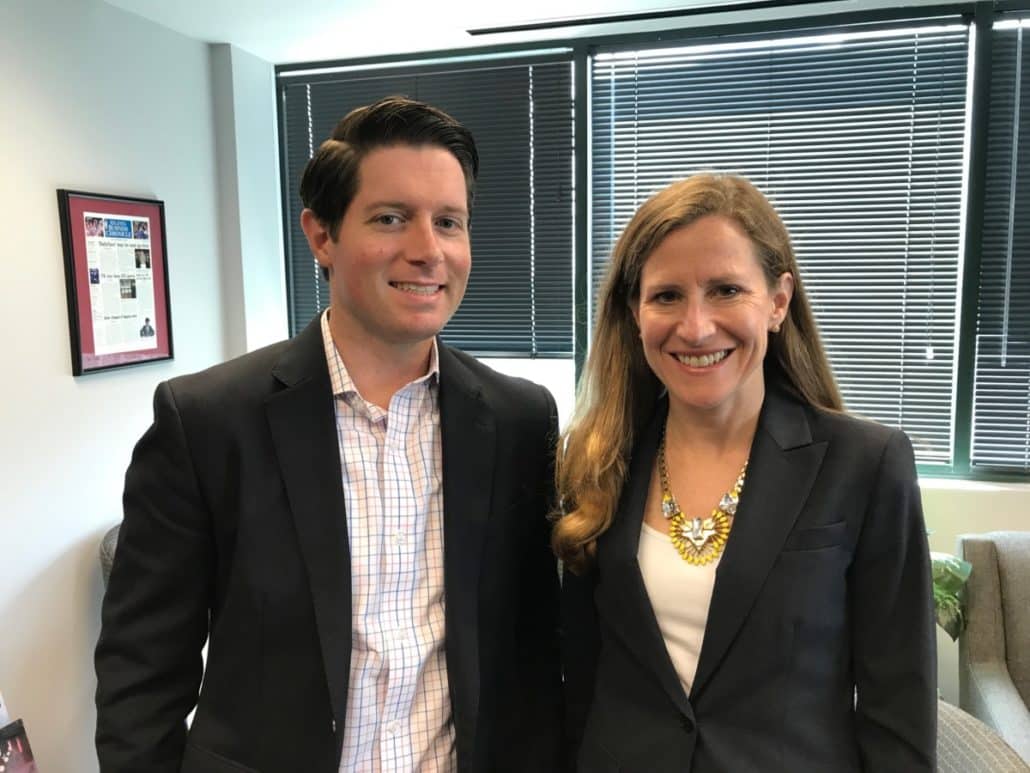 Previous Article
From crisis to Beloved Community
Next Article
What Should I Do With My Life? Finding Work Worth Doing