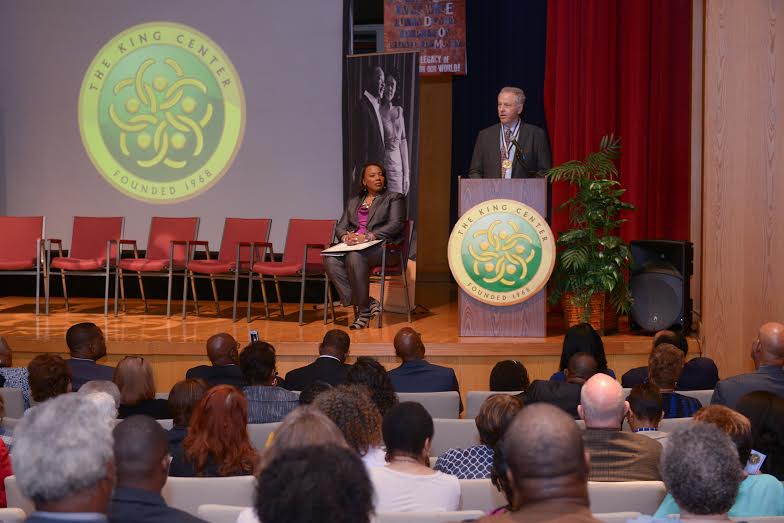 As a young lawyer, Morris Dees was once known as the second most hated man in Alabama. Now 48 years after the assassination of Dr. Martin Luther King Jr., the 80 year old Dees, the co-founder of The Southern Poverty Law Center [SPLC], is the latest recipient of the Martin Luther King Jr. Nonviolent Peace Prize. It is the highest award given by The King Center. 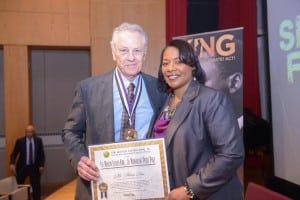 “When few lawyers in the South were willing to take on controversial cases to test new civil rights laws, Morris Dees found a cause worth dying for,” said Dr. Bernice King, The King Center’s CEO and daughter of the slain civil rights leader. “[He} hasn’t shied away from controversy or taking on challenging legal battles.  Few men or women have the audacity and capacity to confront hate in its extreme radical forms, especially when ones name, property and life are threatened.

“Morris Dees has tirelessly and bravely championed the rights of the disenfranchised,” she added. “He has selflessly taken it upon himself to be a beacon of light in the Deep South when very few had the courage to stand against the darkness of injustice. Mr. Dees, through the Southern Poverty Law Center, has purposed his life to expose hate and discrimination, and seek justice on behalf of those who have been violated. Our hope is that families who have experienced violence as a result of hate would be comforted by this celebration of love’s triumph.”

“I’m deeply honored to receive this award,” Dees said. “Like millions of other people, I was inspired by Dr. King to do my part in the struggle for equality. When we started the Southern Poverty Law Center in 1971, our goal was simple: We would use the courts to help ensure that the promise of the new civil rights law would become a national reality. I’m thankful that, with the support of many dedicated colleagues and passionate supporters, we’ve been able to make a difference.” 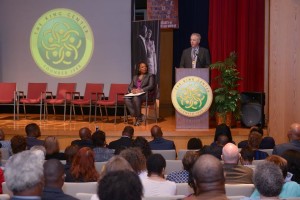 Morris Dees is the quintessential civil rights attorney/activist whose body of legal work is warmly regarded as critical and courageous.  He continues to track and expose hate crimes, and violent white supremacist activities such as the recent murders of nine church goers of Charleston, South Carolina’s Mother Emanuel AME Church. Dees is highly revered and respected.

“Forty-eight- years later to have a man of the character of Morris Dees honored by The King Center … because I had reached a point following Dr. King’s death that I didn’t think any White folks were decent.  If they said it was raining I knew they were spitting in my face,” said Rev. Dr. Gerald Durley, a noted civil rights veteran now deeply involved in interfaith work and global warming climate change discussions. “But there were White people, Jews and others back then making a difference that Dees has lived.  And this could happen again in 2016. Gun violence is at the heart of all of this.  It was prevalent back then and they are prevalent now. Hate, just as violent. It took bullets to bring George Wallace to an awakening.”

“Our work is not yet done,” said 11-Alive News anchor Brenda Wood, moderator of The King Center tribute to Dees. “Morris Dees has done great work; he has inspired so many and changed the lives of so many.” 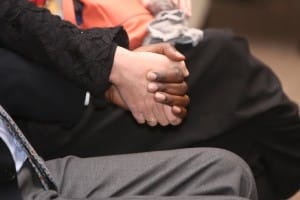 More than two dozen people have been imprisoned for plots to assassinate Dees or attack the SPLC, which has 250 employees.  These threats have not prevented Dees and his passionate team of lawyers from continuing to fight for the most vulnerable in our society. In just the last year SPLC lawyers won a $14 million jury verdict for Indian guest workers victimized in a massive labor trafficking scheme.  They won a ruling to stop children of Birmingham from being pepper sprayed by police for trivial misbehavior in school. They won a landmark case for gay men who were defrauded by therapists who claimed they could change someone’s sexual orientation. And, Dees continues to pursue the KKK whenever it lashes out in violence. He promises that in the words engraved on the civil rights memorial outside his Montgomery office – words spoken by MLK Jr. – that he and his colleagues will not stop until “justice rolls down like waters and righteousness like a mighty stream.”  All of this is robustly reported in a moving video salute to Dees narrated by the award-winning Wood.

“We all have a job that’s continuing and that’s the job of rolling back hate and creating love,” said Dees, who picked cotton alongside Blacks on his father’s Alabama farm as a youngster. “By the year 2040 it is going to be a majority of people of color who control this country.  That creates an enormous fear and we see this is in the leading Republican candidate.  He is stirring this pot of hate and that pot of hate will create a lot more problems before it goes away.”

“Having and honoring Morris Dees, who is an American hero and the work the Southern Poverty Law Center has done, is unprecedented,” said activist Rev. Timothy McDonald III, founder of the African American Ministers Leadership Council and President of the African American Ministers in Action of People for the American Way. “They are needed perhaps more now than they were in the ‘50’s and ‘60’s.  I thank The King Center for keeping this torch lit.  There is just too much hate, too much racism, too much bigotry, too much anti everything in this presidential political campaign. In some respects, it is worst now than it was 50 years ago.” 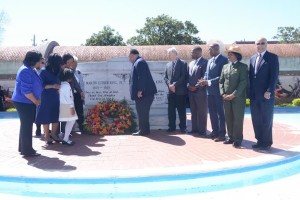 The coveted MLK Jr. Nonviolence Peace Prize award has been presented since 1973 to recognize individuals who emulate and embody Dr. King’s spirit. It’s awarded for a commitment to nonviolence as a way of life through which social justice, human rights, and civil liberties are attained for each individual. It also recognizes achievements in eradicating poverty, racism, and the successful quest for alternatives to war.