As a young state representative in the Georgia General Assembly, I predicted white Democrats would become an endangered species in the South.

In 1991 when re-apportionment occurred in Georgia and other Southern states, there was a major push to have more seats created for African-Americans in local, state and congressional districts.

Historically reapportionment has always been about self preservation depending which party was in control. This was a normal practice for white Southern Democrats in the past, and it is currently being used by Republicans who dominate Southern legislatures today.

Former State Rep. Frank Redding (D-Decatur) by most account was and is an expert on reapportionment. He was the first to have a theory that helping one minority would help another minority. In 1991, the Georgia General Assembly was dominated by white Democrats and consisted of a hand full of Republicans and African Americans. 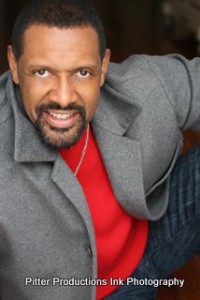 This election cycle resulted in blacks and Republicans almost doubling their numbers across the South. As a matter of fact, I was one of those newly-elected African-Americans in a newly-drawn district. At the same time, white Democrats went from a super-majority to a majority.

In Georgia, during that same period of time, the white Democratic leadership made a huge mistake in the name of self preservation. They were threatened by Mike Bowers, a very popular Attorney General who had aspirations to become Georgia’s next governor.

Bowers switched parties earlier and became a Republican. At that time voters could vote straight party tickets. In essence, you could cast one vote and it would be strictly along party lines for every candidate on the ballot.

The white Democratic leadership felt if Bowers were at the top of the ticket, most voters would vote straight party ticket. In their minds, this would create an avalanche of Democrats losing state House and Senate seats.

Needless to say, the Democratic leadership introduced legislation to “Stop” straight party ticket voting. I remembered when it was brought to the House floor for debate.

I disagreed with it and made it known to then Majority Leader Larry Walker from Perry. Back then a new legislator was supposed to just vote with the leadership, and keep your mouth shut. Well those of you, who know me, know better.

However, in order to be a so-called “good Democrat,” I voted with the leadership, and it passed. Big mistake! Just like I predicted, it backfired. In the next election cycle, not only did the Republicans pick up more state House and Senate seats, they swept most of the statewide offices too. However, as for Attorney General Bowers’ hatched plan of switching parties and getting elected governor, it failed. Bowers’ aspirations were aborted by a sex scandal.

As Republicans and African-Americans continued to pick up seats in Georgia, white Democrats slowly began dwindling. Those white Democrats who felt threatened by a growing number of blacks voters in their districts as well as the Republican surge picking up more legislative seats and state wide offices, they began changing parties (ex: former Gov. Sonny Perdue and current Gov. Nathan Deal).

The new maps drawn in 2011 by dominated Republican legislators create more African-American districts while putting the final touches on eradicating white Democrats. However, there is a silver lining for white Democrats…just change parties, become a white Republican and you won’t miss a beat.

As a matter of fact, it has even been suggested to some white Democrats that they switch parties and then their districts would be given more Republican voters in order to secure a two-thirds super-majority Republican legislature.

If 50 percent of registered African-Americans in Georgia and other Southern states voted in the Republican primary, they could arguably be the most powerful block of voters sought after by Republican candidates.

Many say this is why I lost the 2008 run-off for U.S. Senate to a very liberal Democrat Jim Martin. It didn’t matter to voters I was able to get DeKalb County millions of dollars from a Republican administration and a Republican Congress. Rep. Jack Kinston (R-Savannah) who sat on the appropriations committee helped DeKalb County more than any other congressman in Washington.

However, former Gov. Zell Miller supported and voted for Bill Clinton and George Bush. But Zell wasn’t demonized like I was from white or black Democrats for voting for President Bush. U.S. Rep. John Barrow, (D-Savannah) votes more with Republicans in Congress than with Democrats.

One hardly hears the state Democratic Party or local black and white Democrats criticize him. And believe it or not, most of his Democratic voter base is black. They make excuses for him, saying: “He’s in a swing district.” Well why not elect a Republican from that district who will swing with Democrats? The same was with former U.S. Rep. Jim Marshall (D-Macon) who mostly voted with Republicans and against Democratic interests.

Historically white Democrats running statewide and for president all raced to see who could secure the black votes, which almost assured them the Democratic nomination.

Gov. Roy Barnes was the last white Democrat with any political stature to run for statewide office in Georgia. This is not only the case in Georgia, it’s throughout the South. With the surge of black competent and experienced Democratic candidates challenging white Democrats and beating them in the primaries, whites Democrats have all but given up or switched parties.

It is very disappointing that black Democrats who win their party’s nomination for statewide offices do not get the same support from state Democratic parties, Democratic National Committee, Democratic Governor’s Association, Democratic Senatorial Committee or even President Barack Obama, like white Democrats (ex: the recent governor’s race in Mississippi).

But in the South, it appears that both political parties are becoming race-based. I think this is a tragedy for the American people and the political future of our country. As for Southern white Democrats, have you ever thought of switching messages and not party as a way to be removed from the endangered species list?

A good message is fiscal responsibility. What’s wrong with a balanced budget amendment passing in Washington? Most states and local governments have a mandate to operate with balanced budgets.

And Democrats should spend less energy on social issues. For example, why spend more time on “don’t ask, don’t tell” as opposed to ensuring our military men and women are well-paid and well-equipped?

If the Democratic Party in the South wants to regain some of its influence, it will need to find messages that appeal to moderate white Democrats and moderate white Republicans. Otherwise, it will become a black party with less and less political power and influence. And the Republican Party will increasingly become white.