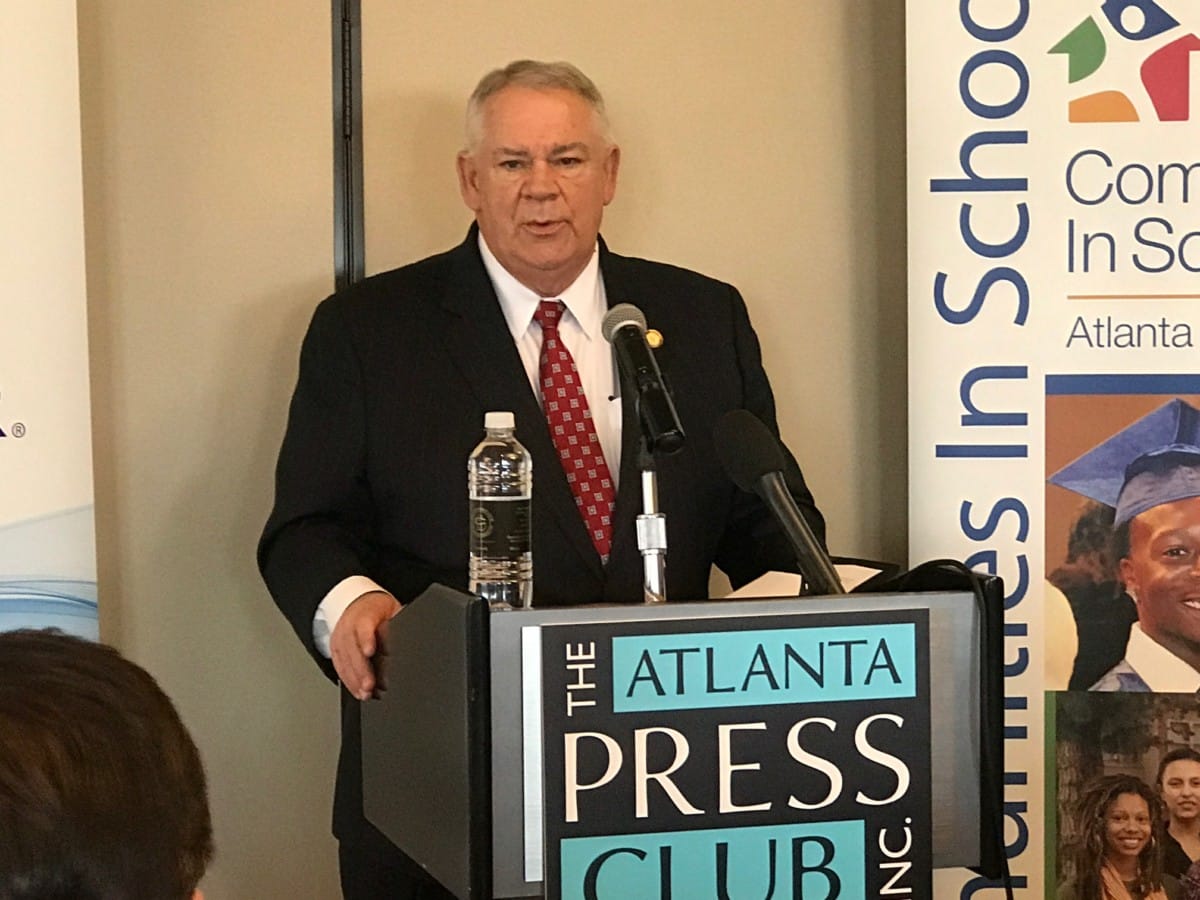 In a talk to the Atlanta Press Club Wednesday, Georgia House Speaker David Ralston spent a great portion of the speech talking about transit.

Ralston had already made news in January when he proposed setting up a House Commission to study transit. He also made a point that the Commission was not being put together to “take over” any existing transit agency (a point that was welcomed by MARTA officials at the time).

Now the state is well on its way to establishing the transit commission, which Ralston told the Press Club that it would not be another “study committee,” but a “real effort” to advance the development of transit in Georgia.

“It’s my view that the state of Georgia must incorporate transit funding,” Ralston said. “Transit is not just about one system or one metropolitan area. Georgia will embrace a transit system for all the state.” 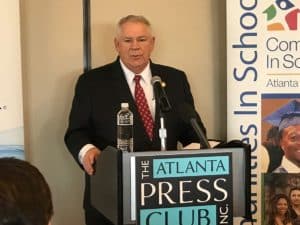 Ralston then reinforced the point of uneven economic growth.

“The bright light of economic development and growth is not shining on every part of our state,” Ralston said, adding that population is declining in many of the rural communities in Georgia. “We have talked about this divide for too long.”

“I’m serious about the need for this to work,” Ralston said. “By early April, I will name 12 other members, and it will go into every corner of this state. When rural Georgia succeeds, every community in Georgia succeeds.”

Georgia has about 120 different bus systems throughout the state, but its passenger rail network is limited.

Ralston was asked whether the Commission would look to revive the Georgia Rail Passenger Authority and consider establishing passenger trains to serve cities across the state.

“I want this Commission to look at a broad range of topics,” Ralston said. “I’m comfortable with exploring that. Rail takes many forms. Rail freight is going to be a big part of it. Our future in Georgia is connectivity. I don’t want to put up barriers or fences for them.”

Ralston was asked specifically about a Georgia Senate resolution that passed on Friday about would allow the state to enter into a lease with CSX. According to an article in the Marietta Daily Journal, CSX would have exclusive use of the railroad, “ending any possibility for those tracks to be shared with a passenger rail line.”

Ralston did not respond specifically to that resolution, but he said: “I think it’s important that we have as many options as possible as we go forward.”

Craig Camuso, the regional vice president for CSX, came up to me after Ralston’s talk to the Atlanta Press Club.

“What the regulation does is give the State Properties Commission the right to negotiate with CSX,” Camuso said. “The current lease says that we must review any commuter rail plans. There will have to be a negotiation of the lease itself. That can’t happen until the Legislature gives the authority.”

CSX current lease for a rail line that goes up to Cobb County runs out in 2019.

“It’s an important part of our freight network,” Camuso said.

He also said that any lease agreement would have to be approved by the State Properties Commission, the CSX board and then the federal Surface Transportation Board.

During the question and answer portion of his talk, Atlanta Journal & Constitution reporter Aaron Gould Sheinin mistakenly addressed Ralston as governor before correcting himself.

“I didn’t pay him to say that,” Ralston laughed.

Then Sheinin proceeded to ask Ralston if he was going to run for governor.

“I don’t think it’s appropriate to think or talk about that particularly in a legislative session,” Ralston said. “We have enough distractions as it is.”

But then he went on to say that in the next several months, people in Georgia will be looking for someone with vision and courage. Ralston specifically mentioned former Gov. Zell Miller’s vision for the HOPE scholarships and Gov. Nathan Deal’s dedication to economic development and criminal justice report.

“The job I have now, I’m incredibly honored to have,” Ralston said. “I’m happy to die in this office, and some days I feel I’m pretty close to it.”

Obviously, Ralston has thought about the prospect of running for governor because he then added an historical anecdote.

“The last Speaker who went to the Governor’s office was about 85 years ago.”

Then Ralston said he expects the question to come up again.

Ralston was also asked about whether Georgia would be revisiting possible religious liberty legislation.

Nobody has introduced a bill this session, he said. And then he said he doesn’t know anyone who would want us to embrace the North Carolina and Indiana approach, which passed legislation that ended up costing both states a great deal in lost business.

Ralston said that last year, the House had unanimously passed the “Pastor Protection Act.” But when the legislation came out of the Georgia Senate, “it was unrecognizable and problematic.”

He went on to say that he respected Deal’s veto of the bill.

“It is not a priority for me,” Ralston said. “My priority is the same as it was in 2010, and that’s growing jobs in Georgia, teaching our children and having safe streets.”

Note to readers: I serve on the board of the Atlanta Press Club.