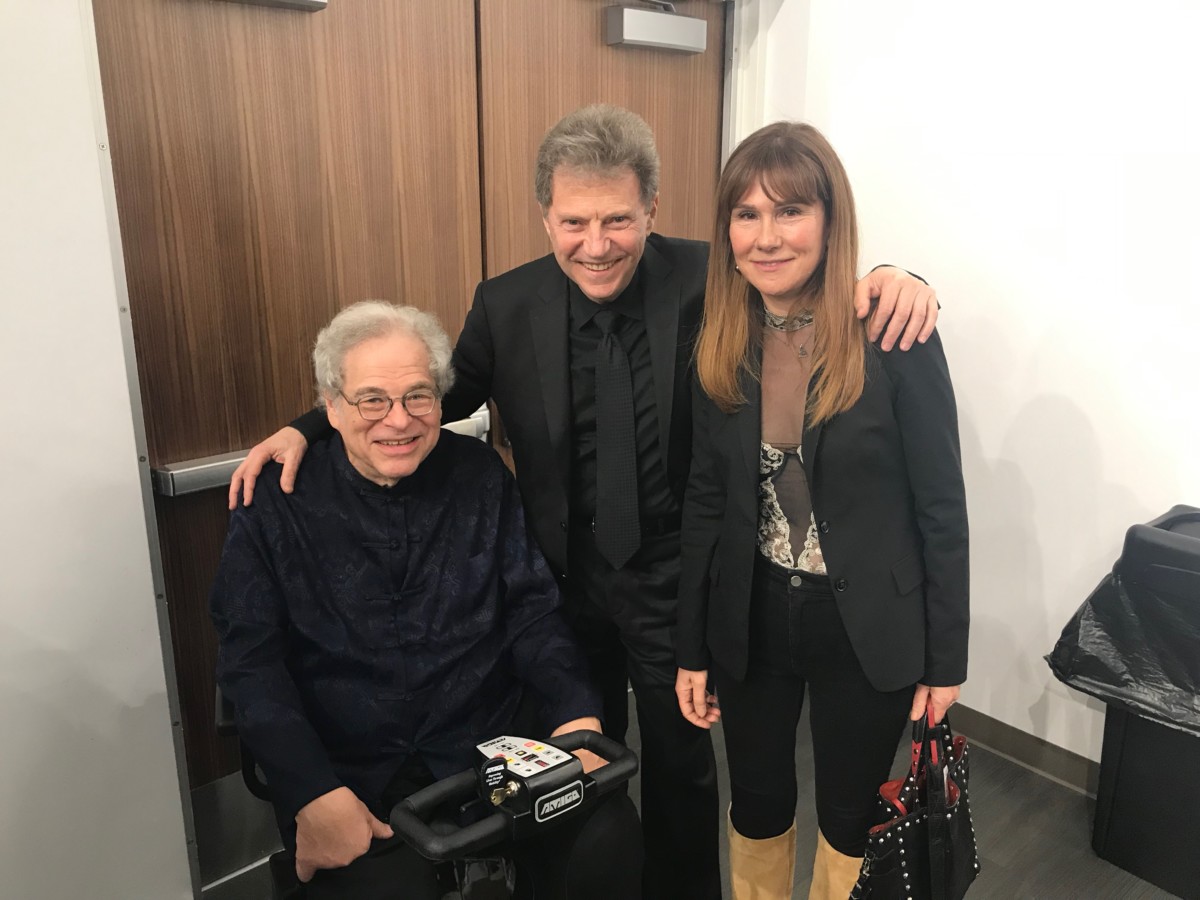 Two 73-year-old musicians graced town over the weekend – performing in new venues – and proving that music bridges over generations and locations.

Itzhak Perlman, the internationally-renowned violin virtuoso, performed at the Sandy Springs Performing Arts, on Saturday evening, when he received the Atlanta Jewish Film Festival’s Icon Award for his work on movie scores. 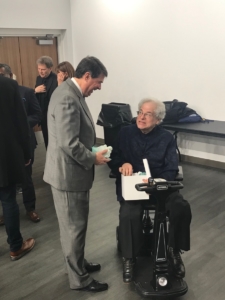 And on Sunday night, Procol Harum’s Gary Brooker and his band performed at the City Winery, which is part of the Ponce City Market development.

Incidentally both venues are relatively new to the Atlanta scene. The Sandy Springs Performing Arts Center opened last fall. In introducing Itzhak Perlman to the stage, Sandy Springs Mayor Rusty Paul told the audience that the hall had been built to welcome world-class artists to his city.

The performance was sold-out, and there were complaints that most of the 1,074 seats went to sponsors rather than sold to the general public. The reality is the demand to see Perlman perform far out-weighed the size of the hall.

Before the show, Mayor Paul said they seriously studied how big the hall should be as they were designing the $229 million City Springs project, which he half-jokingly said had taken four years of his life.

For the people in the hall, Perlman did not disappoint – performing with long-time collaborator and pianist Rohan De Silva. The “recital” – which doubled as the 30thAnniversary Celebration of the Sandy Springs Society – included works by Alfred Schnittke, Ludwig van Beethoven and Antonin Dvorak.

It was mesmerizing to watch Perlman play the violin – seeing his facial expressions and watching him become one with the instrument and the music. 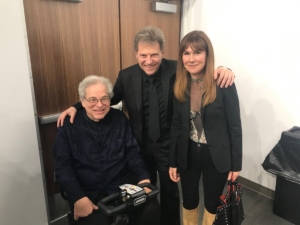 Although Perlman did not talk much from the stage, Perlman said he thanked the AJFF for this “wonderful honor.”

After the performance, Perlman welcome friends backstage – including Yoel Levi, a former conductor of the Atlanta Symphony Orchestra. Exactly two weeks earlier, Levi and Perlman had performed with the Israel Philharmonic Orchestra in New York’s Carnegie Hall. It was a special moments to witness Levi, who still lives in Atlanta, have a warm exchange with Perlman.

The next night, another 73-year-old musician – Gary Brooker – entertained a sold-out crowd at the City Winery, a venue that has a seating capacity for 350 people.

The lead singer of a reconfigured Procol Harum reflected on how his career has changed over his 57 years on stage. The original Procol Harum band formed in 1966, becoming incredibly popular with hits “Whiter Shade of Pale,” “Conquistador” and “Salty Dog” – all songs performed on Sunday night.

In talking to the audience, Brooker described his career as “50 years worth of rubbish.” He added that the last time they had toured the United States, they had come to Atlanta – playing at Symphony Hall in 2014.

“We are moving up in the world – from Symphony Hall to a wine bar,” Brooker said. Earlier in his career, Procol Harm would “stay at the best hotel in town.”

“We are not back in the Hyatt Regency – or even the Best Western,” Brooker said as he introduced another one of the band’s more popular songs – “Grand Hotel.” 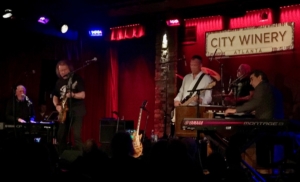 During the encore – “Whiter Shade of Pale” – Brooker added a line about “Sweet Georgia on my Mind.” He also thanked City Winery for looking after the band really well.

“I’ve been to Atlanta a few times,” Brooker said. “We hope to come back again sometime.”

Seeing both Perlman and Procol Harum the same weekend was a special treat. And going to two relatively-new Atlanta venues also provided a perspective of how our city has evolved. The first time I saw Procol Harum was at the Sports Arena, which is no longer there. So many other venues of my youth also have disappeared from the scene – the Agora Ballroom, Richard’s, 688, the Great Southeast Music Hall and even the old Municipal Auditorium.

Meanwhile, we have seen several new performing arts centers get built in Atlanta’s suburbs – such as the Cobb Energy Center, the Gwinnett Arena and now the Sandy Springs Performing Arts Center.

And yet we also have unfinished business. For decades, we’ve been talking about the need for a new Symphony Hall – one with the acoustic qualities worthy of a fine orchestra.

The years are passing. And no one knows how many more times Itzhak Perlman and Procol Harum will be able to return to Atlanta. That’s what made this weekend feel even more special. None of us know how long we’ll be around to enjoy what life has to offer, and that made me appreciate the moments we do have and to make  the most of every day. 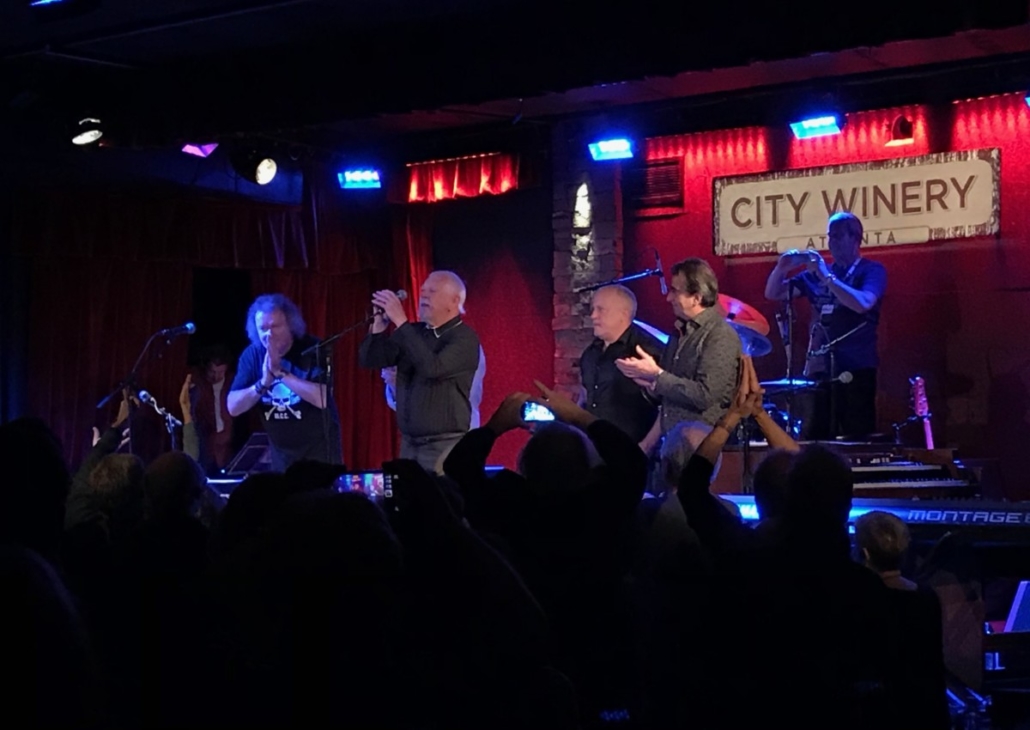 Procol Harum thanks the Atlanta audience at City Winery after the concert on Feb. 17 (Photo by Kelly Jordan)