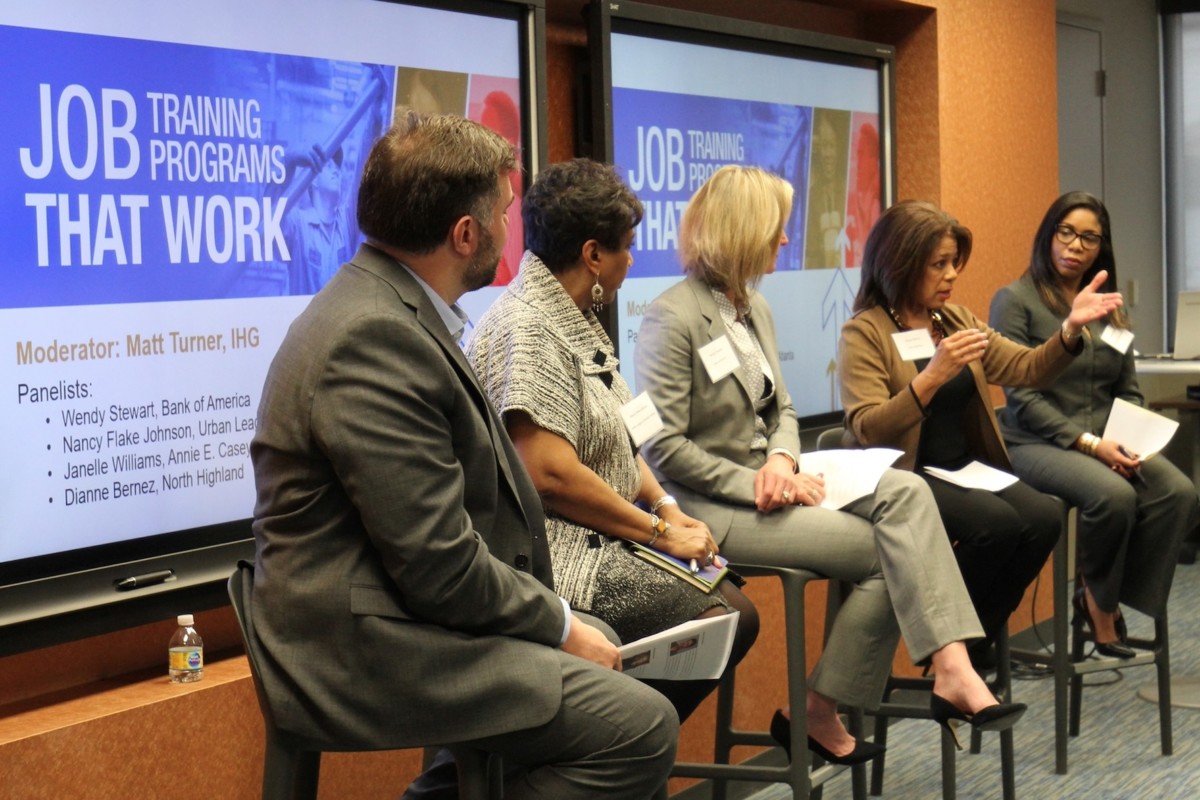 An integral part of our mission at North Highland, a consulting company launched 27 years ago in Atlanta, is giving back to local communities to boost economic empowerment. This focus led us to a new approach: Provide pro-bono support only to organizations that can end poverty rather than just treat symptoms. 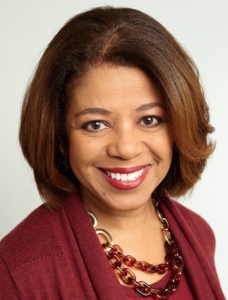 We intentionally choose not to give money to non-profits focused on “doing good” without addressing larger systemic issues. Instead, we have a sizable investment fund through which we deliver pro-bono consulting to organizations committed to ending poverty.

Advancing economic mobility and addressing income inequities is a concern across Atlanta’s civic, academic, business and non-profit sectors. When we launched our economic empowerment strategy in 2016, we piloted pro-bono consulting with several Atlanta-based non-profits whose mission was to lift individuals and families to self-sufficiency through workforce development programs. Since then, we have undertaken pro-bono projects in eight cities across the U.S. and U.K. and will support four more cities this year.

Make no mistake – the poor urgently need help. Hungry, homeless and chronically unemployed people in our communities deserve dignity and support, and there are excellent organizations doing tremendous work serving critical life gaps. At the same time, we believe poverty can best be stopped through root-cause intervention.

For example, in the U.S. an estimated 40 million people live below the federal poverty threshold of $24,200 for a family of four. Yet, in its fiscal 2018 figures, the U.S. Department of Housing and Urban Development defined ‘low-income’ as $59,850 for that same family living in what’s known as the GA HUD Metro FMR Area, which encompasses 24 counties in metro Atlanta and beyond.

Despite record job rates and a strong economy, the UN issued a blunt report on the state of poverty in the U.S. and what it viewed as marginal efforts to achieve sustained change. This situation exists despite the U.S. spending more than $500 billion annually, or approximately four percent of GDP, on child poverty-related issues, according to the non-partisan Center for American Progress think tank. 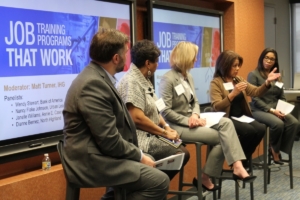 Poverty is an enormous concern, but a slew of tiny non-profits tackling symptoms is not the solution. From a quick check of a report by independentsector.org, it’s alarming to learn that Georgia has approximately 37,000 non-profits, of which almost 28 percent (10,360), are in human services, the sector most focused on poverty-related issues. Of that number, IRS master file data shows approximately 9,000 have operating budgets between $25,000 and $1 million. Few have operating budgets between $1 million and $5 million, and fewer still have budgets up to $13.5 million. Only a handful (excluding higher education private schools, hospitals and foundations) have budgets above that level.

Through our pro-bono consulting, we found many smaller non-profits working to alleviate poverty are themselves operating on life support. With razor-thin budgets, their small staffs are close to burnout. Many struggle to make payroll while competing with others for funding. Their focus is almost invariably on treating poverty’s symptoms, meaning the number of poor people will therefore not diminish. If we want to end poverty, our priority needs to be on disrupting it at its roots.

We hope funders consider outcomes, scale and impact when making grant decisions. Funders are in the ideal position to set clear expectations for what their grants will cover, and grantees should be required to annually report back with measurable outcomes and impact. North Highland’s focus will continue to be on supporting non-profits whose mission is to permanently lift people to self-sufficiency.

Our efforts this year include educating non-profit boards about funding prioritization to improve their effectiveness. By doing so, we’ll ensure board members – who may also be funders – adopt an impact perspective when considering grant-making. The well-being of 40 million people still living in poverty across the U.S. may depend on such an approach.

Note to readers: Dianne Bernez serves as global head of philanthropy at North Highland, which operates as a human-centered firm of 3,000 consultants where everything begins and ends with people. The company is a member of goBeyond Profit, a community of organizations with a shared belief that giving back is good for business and for Georgia. The goal of this group is to inspire companies of all sizes to elevate giving and make it the norm for businesses in the state.