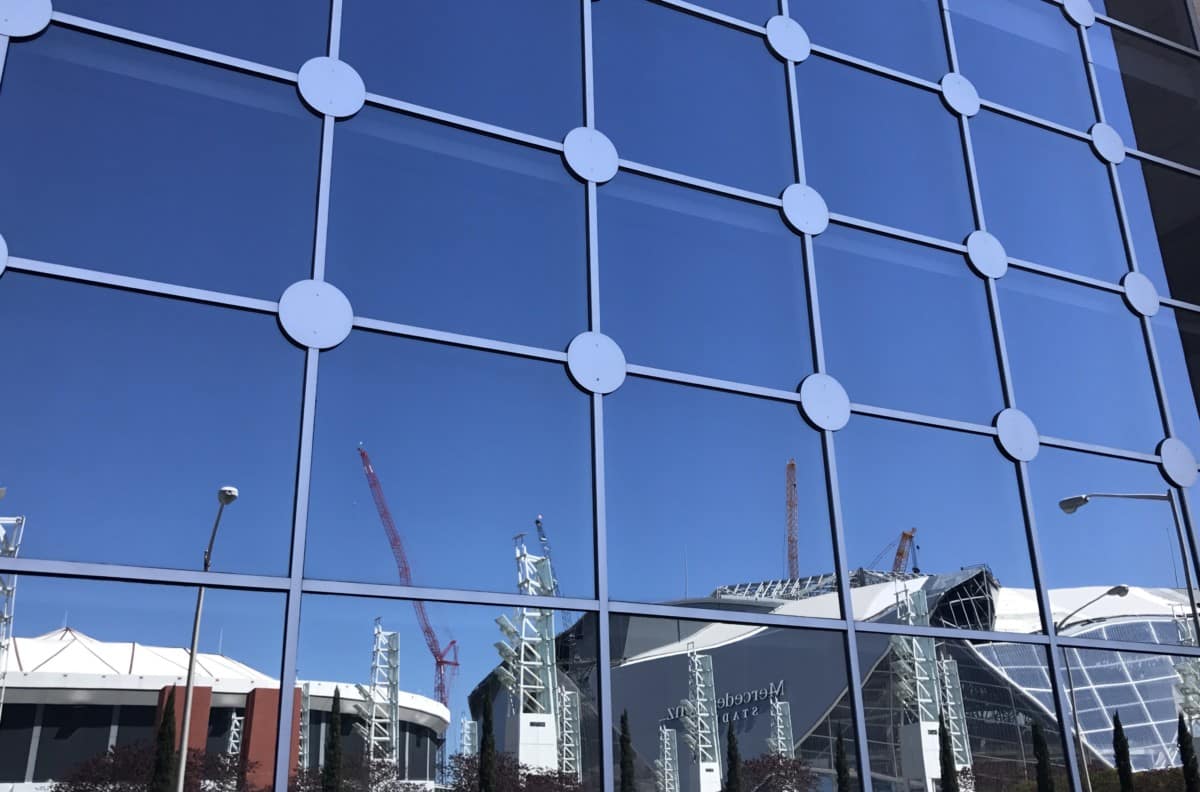 The state agency overseeing the construction of the new Mercedes-Benz Stadium knew in February there were possible issues that could delay its opening.

That was when the Atlanta Falcons approached members of the Georgia World Congress Center Authority (GWCCA), the state agency that will own the project, to inform them of potential construction delays. The possible complications stemmed in part from the one-of-a-kind retractable roof, GWCCA executive director Frank Poe said in a phone interview on Wednesday.

Poe’s timeline offers more context to the announcement April 18 that the opening of Mercedes-Benz Stadium would be delayed again until Aug. 26, when the team is set to play its first pre-season game.

It was the latest delay for the stadium, where both the Atlanta Falcons and Atlanta United soccer team would play home games starting this year. The building was supposed to host an Atlanta United game on July 30. Early projections had the stadium opening around March. 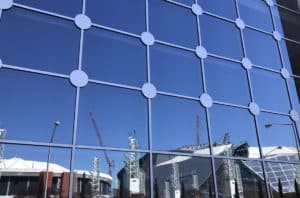 New Mercedes-Benz Stadium – now under construction – sits next to the Georgia Dome, which will be torn down (Photo by Kelly Jordan)

“I think what the Falcons did [April 18] was spot on,” Poe said. “In our view, really it was having confidence in the information you were getting from your contractors, making sure you ran out all the options.

“Between February and today, a lot of stuff has gone on in two months,” Poe added. “Everything was done as people became aware and we all dug into it to better understand what the issues are and what the solutions look like.”

Poe said the GWCCA has been in regular contact with the Falcons regarding the recent construction updates. He called it a very strong partnership.

“We are in every construction and project meeting that occurs,” Poe said. “We have been intimately involved in these discussions … We never felt like we were in the dark on anything.”

When asked about why the GWCCA and the Falcons did not disclose the potential problems to the public earlier, Poe said they both felt it was better to wait until they had a clearer sense of what impact the construction issues would have on the schedule.

“You want to come out with the information at one time and it be as accurate as you can possibly make it,” Poe said.

Questions have lingered about whether the stadium’s one-of-a kind retractable roof would open and close as planned for its first games.

Steve Cannon, CEO of the Falcons parent AMB Group LLC, has denied that the stadium’s opening delay is related to the complicated roof design, which is a series of petals that are supposed to open and close in a span of less than 10 minutes.

“There is not any concern about the operability of the roof,” Cannon said April 18. “This is a timeline challenge and nothing else.”

Poe did not act surprised by the construction delays.

“We knew when the design was selected that this was a one-of-a-kind, unique structure with a lot of firsts,” Poe said. “Once people have the opportunity to experience an event in that facility, they will forget that there may have been one, two or three delays because it will be spectacular. It’s going to be a very wonderful experience inside that facility.”

“We are trying to build a building that will be the best for the city of Atlanta and for the state of Georgia,” McKay said. “We are building the building for 30-plus years, not for Aug. 26. In our mind, if it’s going to take us 20 more days to get it complete and in the state we need it to be first-class when it opens, we’re ok with that. The complexity of the building speaks for itself … It’s 2 million square feet and that’s a lot to finish.”

For the GWCCA, the big priority has been the ability to play the Chick-fil-A Kickoff Classic in the new stadium on Sept. 2 and Sept. 4. 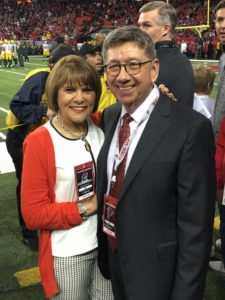 “Our concern was really the legacy events,” Poe said. “The operability of the roof has never really been an issue of the authority. We want the roof to operate, don’t get me wrong. I’m highly confident the roof is going to operate. It wasn’t an issue for us if the roof didn’t open for the Kickoff weekend.”

Poe said the change in the opening schedule would not impact the GWCCA’s plans to develop a hotel on land where the Georgia Dome now sits.

Amy Wenk is a staff writer for the Atlanta Business Chronicle covering hospitality and retail.